Recently, a woman told me about her adult daughter’s ordeal when she found herself unmarried and pregnant at the age of 21. The young woman wanted to keep the baby but the father had split; she was scared and she didn’t know where to turn. The mother was supportive, but in the end that wasn’t the factor that led to her daughter’s decision to keep and raise the child.

What made the biggest difference? This young woman had reconnected with an old boyfriend. He said the words her heart was longing to hear: “I will be there for you.” They moved in together (and later got married), and when the baby was born, he stepped in as the child’s father figure. Which was just as important for the heart of the mom as for the child.

For several years I’ve been looking at the research on how to help a very vulnerable community that is often overlooked and invisible: women who are unexpectedly pregnant, worried, and unsure about how on earth they could carry and care for a baby. And I want to raise one potential solution that is radically simple, extremely important, and very, very overlooked today: actively involving men.

You may wonder why I’m spending time on this topic, as it could seem far afield from the usual marriage, family, parenting, thriving-in-life topics that I often tackle.

But it’s not really. From a big-picture, societal perspective, it is vital that we grapple with how to encourage men to step up rather than discouraging them, since male engagement is usually life-changing for any family. And from a more personal perspective . . . I can guarantee that you know more of these vulnerable women than you think you do. They are your friends at church. Or your friends’ daughters. They are your colleagues at the office. Your neighbors. Your family members.

The thing is many of them don’t look vulnerable. Many women facing unplanned pregnancies don’t share their situation except perhaps with the father of the baby and a few close allies—which means they are often navigating a scary life crisis and a big decision under time pressure, feeling somewhat alone. And many of these women do not want an abortion—they want to be able to keep the child or place the baby for adoption with a caring family. Many of these women are married. Yet the strong tide of worry or fear, our culture, financial pressures, and a lack of hope can pull them in a direction they do not want to go. They need a support structure that is super-practical—but also emotional. And strongly involving men accomplishes both.

From both a big-picture perspective and a very personal one, those of us who care about serving these women and these babies need to also be those who cast that vision.

July 22, 2021 Is Your Insecurity Making You a Controlling and Disconnected Spouse?
Recent Comments
0 | Leave a Comment
"GREAT ADVICE!"
Danna Demetre The Best Parenting Advice I Ever ..."
"It's man code. If you don't bring them all in in one trip, you're not ..."
disqus_Bk3XCwWzaw Why does my man try to ..."
"What if he never does"
melinda When Your Husband Wants Sex…Again
"Did you hear the words of Augie Boto who dismissed the work of women who ..."
Turquoise Male-Bashing Is Really No Joke!
Browse Our Archives
Related posts from Ask Shaunti 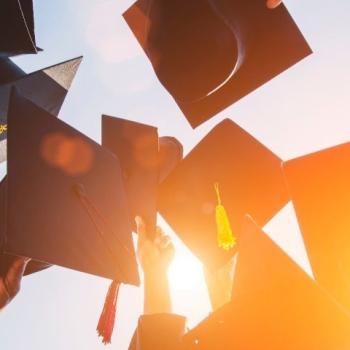 Family
An Amazing Milestone in Our Family—And For Our...
Ask Shaunti

Family
Honoring All the Mothers (Who Are Loving the...
Ask Shaunti
TRENDING AT PATHEOS Family