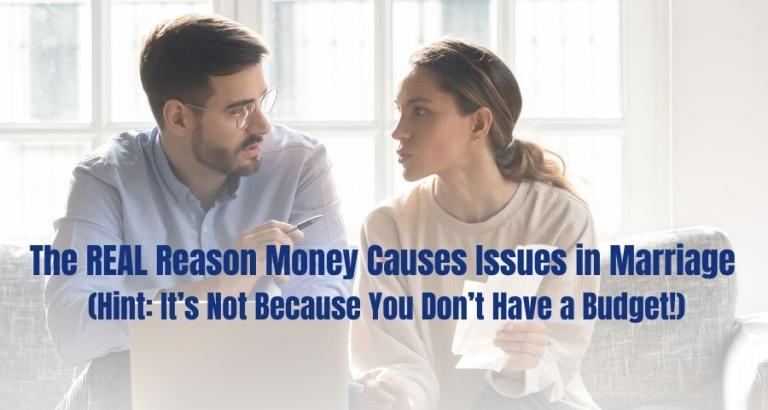 It was only Orange Chicken. Or was it?

My husband Jeff and I used to have a recurring conflict over Chinese takeout. After a long day of meetings, I would offer to pick up dinner for the family on the way home, only to hear, “Um, that’ll probably be $35 . . . how about I grill the Costco chicken we already have in the fridge instead?”

And why do so many couples (hypothetical couples; I ask this for a friend) avoid talking about money whenever possible?

It turns out, the occasional friction so many of us experience around money is not really about “convenience meals,” the envelope system, or a reckless disregard for budgeting. It wasn’t until we conducted three years of research for our newest book, Thriving in Love & Money, that our eyes were opened to the truth that it isn’t about finances at all.

It’s Not About the Money

Here’s the one-sentence summary of the results of thousands of surveys: when we have tension with our spouse around money, it’s not about the money. It’s about how money makes us feel—and makes our spouse feel. It’s about how we process things. About a host of expectations, insecurities, and worries that we don’t even know are there. In fact, our unique perspective on money is so intertwined with how we handle it that it would be shocking if it wasn’t sometimes tricky to come together around finances.

That’s a main reason only 23% of couples can talk well about money. Which in turn is probably why we all think we should have a working budget but only 19% of us actually do! How do you decide on a financial plan if one or both of you gets defensive or is weighed down by feelings that your spouse doesn’t understand you or dismisses your approach to money?

August 17, 2021
Praying For the People of Afghanistan and Haiti
Next Post

August 31, 2021 A Health Update from Shaunti
Recent Comments
0 | Leave a Comment
"It wouldn't explain all of her problems, but "an outgoing personality" is not always seen ..."
Priscilla King Independence Can Be Isolating: Find Ways ..."
"Well, I believe in order to avoid money issues, then you should already secure a ..."
Kiana Lianne Sy The REAL Reason Money Causes Issues ..."
"When I found the one, I would definitely cook the best recipes I know. That's ..."
Kiana Lianne Sy When You’ve Found “The One” Go ..."
"Thank you for this advice. I would try this rule to my husband. I would ..."
Kiana Lianne Sy Make Your Husband Happy With the ..."
Browse Our Archives
get the latest updates from
Ask Shaunti
and the Patheos
Family
Channel
POPULAR AT PATHEOS Family
1