Five Things You Can Do To Make Mercury Retrograde Suck Less 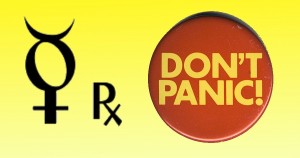 Mercury Retrograde begins on April 9th, bringing with it two universal constants. One is a that broad number of human endeavors will go slightly haywire, and the other is that astrology buffs will seemingly blame damned near everything that goes wrong on it. This happens four or five times a year, and even those who keep track of these things often find it sneaking up on them.

Mercury itself is incredibly important in astrology, yet often gets little attention. It’s a rather small and unattractive planet (to be honest with you) and doesn’t get to rule over exciting things like falling in love (Venus) or punching someone (Mars) or getting drunk and high (Neptune). Mercury is the little grey workhorse in charge of mundane things like logic and communication and taking short trips and signing contracts. But when these things go wrong, they tend to pull the rug out from under us because we never expect them to malfunction. You know that if you write someone a love letter, you might get rejected… but you don’t expect to accidentally send it to your boss. You know you can into legal trouble from punching someone, but you don’t expect the paperwork on your release to go missing so that you have to spend an extra day in jail. You can pretty much guarantee things will get stupid for you if you get drunk and high, but you didn’t expect to lose your keys at the bar, thus causing you to sleep it on your lawn, now did you?

So: knowing that between April 9th and May 3rd your Mercury matters may be muddled, applying a little logic and preparedness in advance only makes sense.

Here are some things you can do to cushion the blow.

-Make sure your cell phone bill is paid up. Communication is vital for anyone, but especially in our current era. Besides, you never really know just how addicted you are to playing Angry Houseplants on your cell phone until it suddenly craps out on you in the middle of the Rutabaga Boss Fight because you accidentally paid the power bill twice. Alternately: make sure your power bill is payed up and on time, because if they cut you off, how are you going to keep your phone charged up anyway?

-Update your anti-virus software. Sure, you don’t think you click on ads for discount mortgages or pet supplies or Twenty Amazing Celebrity Nude Selfies (Number 7 Will Shock You!), but odds are good you more or less unwittingly do so once in a while. Mercury Retrograde is a time when that innocent click is more likely to give you Cyber Herpes than it is the satisfaction of watching a baby goat on a tricycle, or whatever.

-Make sure your car is running smoothly. Short trips and various means of transportation are more likely to break down during a Mercury Retrograde. Come to think of it, you’d better have bus fare on hand for when it happens anyway, and cab fare for when the bus breaks down. If your boss believes in astrology, try to cut one of those sweet work-from-home deals just to be safe.

-Avoid making any new agreements or signing contracts if possible. Yes, I know you think you’re getting a great deal on that new credit card, but now may not be the time for it. Dark Wizards used to invoke demons with elaborate spells and rituals, but in our modern era most of our paranormal threats lurk deep within the small print of a Terms and Conditions Agreement.

-Stockpile a three-week supply of drinking water and canned food, and garbage bags and duct tape with which to improvise body bags. Ha! Just kidding. The truth is, Mercury Retrograde isn’t usually as bad as some people seem to think it is. You’ve lived through plenty of them in your time and will undoubtedly see make it through many more. Besides: Mercury Retrograde won’t screw up everything for you. It will probably only screw up one or two things… important, vital, meaningful things that you need to have working for you.

So: relax. When the planet Mercury goes Retrograde, it won’t kill you. As any astrologer can tell you: that’s what the other planets are for. 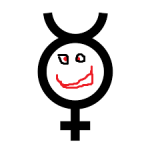 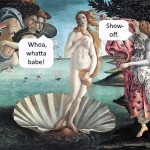 April 12, 2017 Five Things To Do After Venus Retrograde
Recent Comments
0 | Leave a Comment
Browse Our Archives
Follow Us! 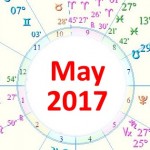 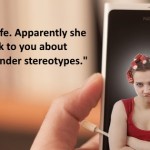 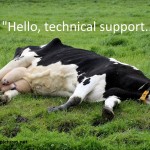 New Visions
Five Things To Do After Venus Retrograde
It's Your Future: Astrology with Matthew Currie
TRENDING AT PATHEOS New Visions