Get updates from Awakening What's Next delivered straight to your inbox

Why Awareness Is The First Step To Change

Why Awareness Is The First Step To Change April 7, 2015 Barbara Alexander

In previous blogs, I’ve written about the natural process of individuation, where we create a persona, that we call the False Self Pattern (FSP), which we present to the world as if it were a true picture of who we are. We’ve discussed how this pattern creates a contraction that keeps us from revealing our irreducibly unique expression of the Love Intelligence that is the initiating energy of all that is. The FSP seems to be built on an original conclusion, drawn when we first recognize ourselves as separate from the Ground of Being and our caregivers. Our last nine blogs focused on each Enneatype’s favored False Core Belief, as it offers us a clue to discovering our own deeply held belief/conclusion.

We are making a big claim by saying that the Unique Self Coaching Process is transformative. Therefore, it deserves a deep look at what transformation implies, and how it works. Today, we are looking at why it is important to be able to recognize our False Self Pattern, as it is central to the Unique Self coaching process. This first step, which allows us to start distancing ourselves from identifying with these deeply engrained patterns and beliefs, is the key to transformation.

According to developmental psychologist Dr. Robert Kegan, transformation occurs when you are able to step back and reflect on something about yourself that you couldn’t see before and, as a result, you can begin to change it.  Kegan refers to this as the move from subject to object. Things that are subjectto you are experienced as automatic and unquestioned; they can be sensations, emotions, thoughts or actions. Together, these aspects mesh into a deeply ingrained  False Self Pattern. You can’t see the pattern, or its components, because it is part of what you take for granted, or what you don’t know about yourself. Because you are unable to stand back and take a look, you can’t reflect upon the pattern. You literally can’t see what you can’t see!

For example, a colleague of mine and co-founder of the Unique Self Coaching Process who is an Enneatype Four held the belief that “I am too much.”Because it was unknown, she unable to see the ways in which it was hindering her authentic expression. As a result, she often felt that she couldn’t find her place in the world. As a child, she was shy and strove to be a “good girl” (trying to compensate for “I am too much“); as a teenager and a young adult, she became quite rebellious and intense, with a tendency to live on the jagged edge of things (hence validating that “I am too much.”)

Eventually she started to see how this False Self Belief and the pattern that resulted from it, was competing with her desire to step into the essential radiance of her Unique Self. Over time, recognizing what had once been subject to her gradually allowed it to become object. She could see how it had influenced her life. This recognition was the first step toward loosening the strong grip it had on her. Gradually, she became free and fluid, accepting herself and stepping more fully into who she really is.

In the same way, my False Core Belief, “I’m alone,” led me to develop a strong, independent persona that looked like I could take care of everything and caused me to form relationships with people who were happy to be taken care of, giving little in return. Recognizing this pattern was the opening I needed to learn to drop deeply into Ultimate Reality. Here I experienced the truth that I am never alone.

Thus, the first step toward transformation is discovering your False Self Belief and the pattern of thoughts, feelings and behaviors that grow from it. Once the belief has become object, you can embark on the journey of loosening its hold and beginning to discover who you really are.

Loosening the hold of the False Self Pattern is what the first series of practices in the Unique Self Coaching Process is designed to accomplish. When you can start to see and name what was once unknown and give it a name—what was once subject becomes available to you and within your ability to reflect on it as object. Then, and only then, can you start to actively take charge and change your way of being in the world.

In the next blog, we’ll talk about the second crucial step to lasting change.

April 14, 2015 If Awareness Is First, What's The Second Step To Change?
Recent Comments
0 | Leave a Comment
"Having just within recent months come upon Swedenborg's writings and the New Church's beliefs, I ..."
Renee Our Life After Death, Really?
"Awareness, followed by self-acceptance of what one has become aware of -- an excellent path. ..."
SheilaTheZenDog If Awareness Is First, What’s The ..."
"Could the problem be that humans are "social animals"? Being social is one thing, but ..."
chrijeff We Are Unique! The Message Is ..."
"John thanks for your comment. I actually think being and becoming are equally important but ..."
barbaraalexander Gradual, The Spiritual Journey Is Gradual
Browse Our Archives
get the latest from
New Visions
Sign up for our newsletter
POPULAR AT PATHEOS New Visions
1

10 Surprising Truths about Jesus (You...
Wake Up Call
Related posts from Awakening What's Next 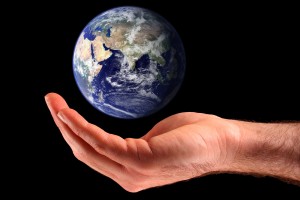 New Visions
Another Beautiful Unique Self
Awakening What's Next

New Visions
A Tribute to My Teacher
Awakening What's Next

New Visions
If Awareness Is First, What's The Second Step...
Awakening What's Next