Feri is a form of traditional witchcraft. That’s right – witchcraft. It’s an American-born, syncretic tradition, informed by Hoodoo, Voudoun, Huna, Wicca, Yoruba, Gwyddon (Welsh witchcraft), Appalachian folk tradition, and probably more that I just don’t know about. Victor Anderson saw himself as drawing on ancient commonalities, the current of the ‘small dark peoples of the earth.’

Feri is non-dual. There is no ultimate God and Goddess parity, except when there is. I cannot speak about the many ways the Gods are known, as I don’t know them (and I wouldn’t if I did!). But the core belief is of the Star Goddess as the foundation of all existence, who made love to herself, and brought forth the Twins. Duality exists in unity. Victor said, ‘All gods are Feri gods.’ There is an element of universality in this statement, but this doesn’t mean all gods are the same thing. We are all human, and therefore the same entity, except I am not you. From a species point of view, you and I are not that different and represent much of the same thing to other beings. But we’re not the same. Kinda like the Gods.

Feri is ecstatic, sexual, and creative, but isn’t concerned with fertility. Cycles of the seasons of are important, but only in the sense that we connect to where we are; there is no monolithic mythic adherence to seasons and their festivals. The only central holidays that all Feri practice are Samhain, as honor of the Ancestors is an important part of the practice, and Beltaine. Ritual connects us with the spirit world. Energies of god and goddess, goddess and goddess, god and god, and god/dess and god/dess in any combination are embodied and expressed in our lives. Sexuality is a creative expressive of life force; creativity is a form of sexual energy springing from life force.

Feri is experiential. Theory is great. In fact, I have found Feri/Faery folk to be among some of the brightest, boldest, most impressive and well-educated people I’ve met, particularly in the pagan world – so a good theory, some new bit of lore or myth to chew on will suit just fine. However, if that lore or theory doesn’t move you, deepen your connection with gods or engage your practice – if you just don’t practice at all – well then, all that theory is useless.

Feri is mystical and practical. If you can’t use your craft where and when you need it, what good is it?

Feri is black magic and white magic. ‘White magic is poetry. Black magic is anything that works,’ according to Victor.

Feri is often called amoral. Most people hold different nuances for the words ethical and moral (even though they mean the same things), so I like to think of Feri as highly ethical, but devoid of external morality. It has virtues (we’ll get to those in a few posts), but very little is off-limits. Consent and integrity are the foundation of its ethic. ‘Do what thou wilt shall be the whole of the law. Love is the law. Love under will.’ Feri and Aleister Crowley might agree upon this.

Feri is really quite simple, though not simplistic, and quite complex.

Feri is an initiatory tradition. There are teachers who teach via distance or over the internet. There are workshops and group rituals that are based on Feri concepts and tools. These are a great beginning. But the current is only passed in person.There are no levels, there is only one initiation.

Feri is a priesthood; ideally there is no laity. All Feri initiates are shaman priest/esses. There is no hierarchy.

Feri is powerful and awesome.

October 7, 2011 What about the children?
Recent Comments
3 Comments | Leave a Comment
"Did you ever read about St. Seraphim of Sarov? He is an Orthodox saint who ..."
stonecold What I Miss About Being A ..."
"Contemplation is a good beginning... Introspect, contemplate, initiate and once you find what you seek... ..."
Gourish Bakhshi Shiva the Witch God
"Wiccans can be polytheists too! Jason Mankey deftly proved this at last year's MGW. You ..."
A Witch's Ashram Many Gods West 2016
"Congratulations! I'm glad to hear this will continue. If you'll have a Wiccan among you, ..."
Sable Aradia Many Gods West 2016
Browse Our Archives
get the latest from
Pagan
Sign up for our newsletter
POPULAR AT PATHEOS Pagan
1

Pagan
What is Paganism? A Resource List
A Witch's Ashram 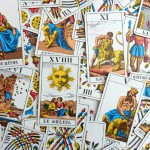 Pagan
The Vocabulary of Spiritual Practice, Part 2
A Witch's Ashram 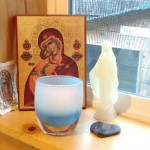