The Immaculate Conception: A Common Misconception

When I defended my master’s thesis on feminist Mariology (the study of the Virgin Mary), my panel included a United Church of Christ minister and historian, an Eastern Orthodox Christian and expert on religious education, a Roman Catholic priest of the Franciscan order, and Rosemary Radford Ruether, feminist theologian and thorn in the side of the Roman Catholic Church. The opportunity to study with Rosemary was one of the reasons I chose to attend the Graduate Theological Union; it was a huge honor to have her on my thesis committee.

At one point during the defense, Rosemary grumpily pointed out that I had spent an entire paragraph defining the difference between the Immaculate Conception and the Virgin Birth; surely anyone reading my thesis would know the difference. I was mortified: I was about to tell such an eminent theologian, some one who had been worshiping as a Catholic and writing theology longer than I’d been alive, that she was wrong. Actually, I said, few Christians know the difference. The other panelists looked at one another. Finally the UCC minister, Randi Walker, spoke up. “No, most Christians, even ministers, don’t know the difference.” The Orthodox and Catholic gentlemen agreed that their experience backed me up.

Now that I’ve just spend TWO whole paragraphs telling that story, let me reiterate: most people don’t know the difference between the Immaculate Conception, whose Feast day we just passed (Dec. 8th), and the Virgin Birth of Christ.

The TL;DR read version is that the Immaculate Conception (henceforth IC) concerns Mary and the Virgin Birth of Christ (from here on out as VBC) concerns Jesus. Yesterday I was in a discussion on Facebook about these and some one said, well both are immaculate so it’s just a difference in titling. That’s not it at all. Let’s unpack these two a little more.

Jesus Christ was born of Mary. The gospels, other than the Gospel of Luke, have little to say about Mary. The “Christmas story,” as we know it, is a mash up of pieces from the gospels. We are told that the Holy Spirit descended upon Mary and she was with child, even though she had “never known a man.” The Virgin Birth emphasizes several points: that this child is a miracle, existing outside of fleshly concupiscence (lust), thus absent of all original sin, and that he is fully human and fully divine.

Each of those points matter terribly in Christian theology. Entire Councils of the Church were called to work out the details on several points. For our purposes here, suffice it to say that the VBC of determines parentage of Jesus and establishes his divinity.

When it comes to Mary, almost everything we know about her life comes from the Protoevangelium of James, likely composed in the 2nd century CE. While many Protestant Christians don’t assign her much importance in their theologies or liturgies, Mary’s importance cannot be overstated. However, her importance was and is always in relation to Jesus.

For example, the Council of Ephesus in 431 CE established that Mary was the Theotokos (the God Bearer). Nestorius, Patriarch of Constantinople, wanted Mary called Christotokos (Christ Bearer) only, essentially limiting Mary’s participation in the Divine story to the human side of things. This however had theological implications, essentially splitting the nature of Jesus into separate human and divine beings. Had Mary been demoted to merely Chrsitotokos, not only would Christ take a hit, but she would be little more than a womb space for Jesus (which is what most Protestants reduce her to, in my opinion).

The common folk in Ephesus weren’t having any of it, and it is rumored that people rioted in the streets over the idea that Mary was “just” a woman. By establishing Mary as the Theotokos Christ’s divinity and humanity become inseparable and create a beautiful mystery: Mary is the Container of the Uncontainable, a human person containing the Divine.

However, Mary’s parentage becomes problematic as the doctrine of original sin begins to take root. Original sin is the masterwork of St. Augustine. In a nutshell, original sin says that all humans are innately sinful owing to the lust (concupiscence) inherent in the sexual act. I cannot begin to deconstruct the problems of this piece of theology here, but let’s just smile and nod and keep going, shall we? How can a body riddled with sin not only house, but provide the material goods for the Almighty?

This is where some theological retrofitting is required. While Mary had been considered exceptional from the earliest centuries of Christian thought, it wasn’t until the 15th century when Mary’s conception free from sin became explicit. Mary’s parents, Joaquim and Anna, somehow, through the grace of their god, had sex and conceived Mary without an ounce of lust or desire or fleshly concern. By grace, they escaped implanting original sin into Mary.

The dogma of Immaculate Conception was not declared until 1854 (dogma being something that every Catholic is supposed to accept as an article of faith). Not all Christians interpret original sin in ways that make the Immaculate Conception important. Most Eastern Orthodox and some Anglican Churches don’t take this on and are perfectly orthodox Christians. Some people, myself included, find some truth in the theory of ancestral sin (another phrasing of sin), but that is a post for another time.

So we see that the VBC makes statements about who Jesus is (human and divine) and his parental lineage; the IC is about the exceptional nature of Mary and how that safeguards Jesus. I hope I’ve made it clear that they are not interchangeable in any way.

And now you know.

December 16, 2014 Till We Have Faces - C.S. Lewis' Masterpiece
Recent Comments
9 Comments | Leave a Comment
Browse Our Archives
get the latest from
Pagan
Sign up for our newsletter
POPULAR AT PATHEOS Pagan
1

Pagan
Why I Am Not a Christian
A Witch's Ashram 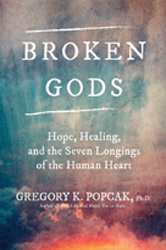 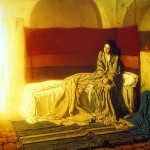 Pagan
God is Not Either/Or, God/dess is Both/And
A Witch's Ashram
TRENDING AT PATHEOS Pagan