Why I Am Not a Christian 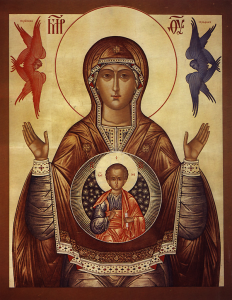 We begin with Russell’s essay. It’s hard to deny most of his points: that many of the arguments made for Christianity just don’t hold water. Morally, the world will not fall apart if we’re not Christian. Plenty of moral people exist in other religions and no religion at all. No one can prove the existence of God in any scientific way. The argument from design is not compelling. Christ is a fascinating character, but equally problematic. I love the discussion of the fig tree story in the New Testament – Jesus passes by a fig tree, it isn’t bearing fruit and Jesus is hungry, Jesus angrily curses the fig tree to never ever bear fruit. Dude, what did that fig tree ever do to you? Jesus could stand to work on some anger management issues.

Like the ‘New Atheists’, Russell believes that only science is the way forward; science, along with “knowledge, kindness and courage.” I can support these things, and I think most people of faith can too. As great as the essay is I find that he raises up intelligence as a sort of God-like entity. And this is one of my main critiques of the New Atheism: that science becomes godlike. It is raised above all things. Our intelligence is trusted as the single most guide. I love science but it is a tool, not a god, not the end all and be all of wisdom.

Another of my issues with New Atheism is that science and religion (or faith, because often people of no particular organized ideology get thrown into the cart here) are not incompatible. There often is conflict between the two, but science and religion are not inherently opposed, nor is it a zero sum game where only one can stand victorious.

I have read some essays by the handful of (privileged, white, male) New Atheist writers, but I have not read their books. I do not want to as I find their tone smug and belittling. And yes, there has been legitimate critique of the movement as anti-feminist (this Ms blog post on the topic is a great place to start). I find that the writers in this movement are as closed-minded as the people the critique.

One of my biggest concerns is that many of the arguments laid against belief by atheists are actually quite specific to the Abrahamic faiths. Many of the things they don’t agree with or like are things I don’t agree with or like! When the average atheist is talking about why they don’t like God, I have to ask them which God. The Judeo-Christian monotheistic idea of and personality attributed to God is usually discussed as if it is the only one. I don’t believe in that God either. Millions and millions of people don’t believe in that God. So we all have something in common there.

I don’t want to spend too much more time on New Atheism. It’s been a few years since I followed the movement with any regularity; I’m sure I’m out of touch already on the subject. I will stand with them in support for a secular government and public arena, but I don’t support a religion-free world. I’m a big fan of religion. I like it. And there that is.

As for why I am not a Christian, the simplest answer is this: it isn’t my story. I’ve said that before, but it feels more and more true with each passing day. There is much I love about the Christian story: the Annunciation, the Resurrection, even the story of the Crucifixion. Jesus is a great and divine person. I support the social justice aspects of the Christian message. But Yahweh is not my god. I don’t believe that Yahweh is the Great Ground of Being, who created the whole universe. I do not want to bad mouth a god, from a spiritual point of view, nor do I want to bad mouth anyone else’s god, so I’ll stop there. While I love and respect the Jewish tradition, I do not see how the god of one group of people could be the god of all. I do not see how there could be now or have been then a Chosen People. How could one tiny tribe be chosen among all the tribes in the world? It doesn’t make sense intellectually, nor from a position of faith. I fully believe that Yahweh chose the Jewish people – but that is their story, not mine. I cannot be a Christian because so much of the Christian story and symbolism is dependent on Jewish symbols and stories.

I want to pause here and admit that I fear talking about the above because I am afraid people will assume I am anti-Semitic. I reject Yahweh, but I see that from a monotheist view-point it could be construed that I reject God entirely or people who believe in Yahweh. From a polytheist view-point, which is how I see the world now, I don’t reject God, just that specific god as mine, as the One God.

There are many other intellectual reasons for my moving away from the Christian faith – issues with politics, the roles of and beliefs about women, the body and sex, systematic examples of hypocrisy and domination of the weak and vulnerable by those in power. We can pick up any newspaper and find numerous reasons why the Christian tradition leaves a lot to be desired. But I know that those things are not the entirety of the Christian tradition. There are many beautiful and helpful parts too.

It’s taken me a long time to let go of the Christian label. I wanted to fit in. I wanted all that was best about it, but I found that I couldn’t reconcile all the pieces. I have a great love in my heart for the tradition, as I do for the Jewish tradition. I still cannot read or watch people like Pat Robertson or Rick Santorum because their views hurt my heart. Physically, it hurts me to see their distortions of something I find meaningful and beautiful at its best.

But when we get down to the core of who I am, I am not a Christian. And there that is. 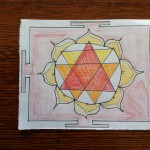 June 29, 2015 What Do You Mean by "Scary"?
Recent Comments
10 Comments | Leave a Comment
"Did you ever read about St. Seraphim of Sarov? He is an Orthodox saint who ..."
stonecold What I Miss About Being A ..."
"Contemplation is a good beginning... Introspect, contemplate, initiate and once you find what you seek... ..."
Gourish Bakhshi Shiva the Witch God
"Wiccans can be polytheists too! Jason Mankey deftly proved this at last year's MGW. You ..."
A Witch's Ashram Many Gods West 2016
"Congratulations! I'm glad to hear this will continue. If you'll have a Wiccan among you, ..."
Sable Aradia Many Gods West 2016
Browse Our Archives
get the latest from
Pagan
Sign up for our newsletter
POPULAR AT PATHEOS Pagan
1