There is a large and growing body of evidence in anthropological and historical literature that historical European-style witchcraft was a form of shamanism. There are essentially three lines of argument here:  One, espoused by Éva Pócs and Carlo Ginsburg, connects medieval and Early Modern practices to pre-Christian religious beliefs, mostly in eastern Europe where conversion happened later and the lines of connection are easier to trace (but with implications for other regions). The second, presented by Claude Lecouteux in his book Witches, Werewolves, and Fairies, compares accounts of supernatural experiences during the medieval period (including transcripts from witchcraft and werewolf trials) in Germany to the relatively undisturbed shamanic practices further north. The third, presented by Emma Wilby in her book Cunning Folk and Familiar Spirits, puts the experiences and practices of Early Modern witches into a context of world-wide shamanic practice.

To be clear, the definition of “shaman” in use here is an anthropological one.  The word originates from the Tungus language of Siberia, and has been somewhat misapplied to the religious beliefs and practices of Native Americans (which are quite diverse; some are certainly shamanistic, others not so much).  A shaman in this context is a magical practitioner who works with the help of spirits, usually (though not always) on behalf of or to the benefit of his or her human community, by means of healing, divination, and the like. Shamanic experiences world-wide share some general characteristics:  the “call” in the form of a traumatic personal experience and/or a visitation by spirits, the formation of a strong bond (often including an agreement, pact, or spirit marriage) between the new shaman and one or more helping spirits, and a working relationship with those spirits, frequently characterized by ritual invocation and spirit flight or trance states to achieve specific goals.

Emma Wilby in particular lays out the comparison in detail and by using case studies.  In Cunning Folk and Familiar Spirits, the historical case she focuses on is that of Bessie Dunlop, a woman who was executed for witchcraft in Scotland in 1576.  Dunlop while in crisis (her cows had died and her husband and infant were both ill) was visited by a spirit (in this case, the ghost of a man she knew) who approached her several times.  She agreed to “be loyal and true to him in whatever she could do.”  He then taught her how to heal people and told here where to find lost or stolen items; these abilities brought in a modest living, until one of the people she accused of stealing turned her in for witchcraft. Wilby’s second book focuses on the trial of Isobel Gowdie, who worked in a coven rather than alone and whose activities included malefic magic as well as beneficial.  It’s worth noting here that the law did not distinguish between witchcraft which healed and that which cursed; more than one hapless individual was executed for the crime of curing illness by means which appeared mysterious.

Given that most of our information comes from trial records and interrogations and the accused were subject to torture, it can be hard to sift truth from confabulation. All of the authors I have mentioned take this into consideration. Several point out that the folkloric material was not what the interrogators were interested in, and in fact was considered a distraction; subjects of interrogation would be pressed to describe a formulaic encounter with the Devil wherein they traded magical power for their immortal soul. Instead, accused witches often described encounters with fairies and the dead. This is consistent with what we know about fairy beliefs:  that Elphame or the realm of the Fair Folk was also the realm of the dead (cf. The Fairy-Faith in Celtic Countries by W. Y. Evans-Wentz). External evidence for the folkloric material, including beliefs about fairies and specific beliefs to do with spirit flight, doubles, and familiars, combined with the fact that interrogators actively discouraged it, lend a degree of confidence to the picture they paint of what medieval and Early Modern witches were up to.

They worked alone or in groups. They often had named spirit helpers who appeared to them frequently; these spirits might be in the form of a cat, rat, toad, bird, human being, or non-natural creature. They also encountered other figures, including the King and Queen of Elphame, who sometimes presided over gatherings and sometimes helped them directly. They described leaving their homes and flying or going forth in the forms of animals, generally a cat or hare. Their interactions with spirits, flying, and other seemingly fantastic or impossible activities are described as straightforward experiences.  They also performed numerous acts of witchcraft, ranging from healing or other beneficial spells to malefica, without distinction between what we would now consider herbal medicine and what we would think of as “magic.”  This is consistent with books of “home physic” from that time period and later, which often include both an herbal concoction and an incantation in a single cure.

What does all this mean for a modern witch?  For one, we might reflect on the relative lack of distinction between the material and the imaginal which is not unique to the witches but part of a pre-Enlightenment world-view.   This is absolutely consistent with the way that shamans from other cultures describe their experiences as well, but is so far from current Western ideas as to be feared as pathological.  Another thing to take into consideration is that becoming a witch fully is something that you can neither inherit nor study nor buy, but only receive as the gift of an ongoing relationship with the spiritual realm from beings independent of human agendas. That has profound implications for how a witch seeking to be traditional will approach such things as training, teaching, and joining an initiatory lineage. I plan to discuss all of these issues in further detail in later posts. 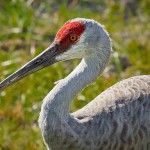 August 7, 2014 In which Our Heroine attempts to explain Feri (part 1)
Recent Comments
0 | Leave a Comment
Browse Our Archives
Related posts from A Word to the Witch

Pagan
Word Magic: The Sator Square
A Word to the Witch

Pagan
The Importance of Attribution
A Word to the Witch