Since I heard the news that Margot Adler had passed, I have been thinking about her impact and what it means to be part of Pagan culture.  I didn’t have a personal connection with her. I bought her book in the first flush of baby Pagandom and it made a big impression on me, like most people.  (I also bought the second edition when it came out).  But I do have a funny story, in which she is tangentially involved.

A few years ago I was a presenter at the Florida Pagan Gathering, giving a talk on Southern folk magic. Sharon Knight, Winter, Thorn Coyle, and Kelliana Girouard were also there and were all staying in one side of a cabin; several other presenters were staying in the other side, including Margot Adler.

For whatever reason, possibly the delusional nature of my outdoorsy mountain girl self-image vs. my actual middle-aged joints, I elected to sleep in a tent rather than a cabin. This led to several bouts of hilarity, including being awakened by the ungodly Cenozoic shrieking of sandhill cranes, who strolled right by my tent making that racket just like they didn’t know I was trying to sleep.

I was also cooking my own food on a camp stove.  Somehow the food provided for the musicians wasn’t working for them…they got there too late maybe, also I think Kelliana had specific diet needs.  Being the person that I am, I had the makings for my grandmother’s pork chops and rice on hand* so I offered to make some for everyone.

Unfortunately the camp stove was not cooperating.  It was windy and for Florida bizarrely cold and the flame kept going out. After I struggled with it for a while, someone suggested that I move the whole operation inside.

You can see where this is going, right?

I mean…it was a concrete block building and I was next to an open door.  I’m not dumb, I went to graduate school and stuff.  I continued making the pork chops and rice, and decided that the thing to do was to slice up some baked sweet potatoes and fry them.  Meanwhile, Thorn, Sharon and the rest are hovering around like so many bohemian vultures.  Thorn scarfed up one of the sweet potato slices as soon as it was cool enough to eat.  “OMG, this is so good. What did you cook this in?”

“Oh, right…” About this time things began to go awry. The smoke from the frying butter set the smoke alarm off, which began an ear-splitting BEEE BEEE BEEE BEEE BEEE BEEEE which would give a sandhill crane a strong sense of inadequacy.  Everyone burst into activity, shutting off the camp stove, opening doors wider, running around in circles.  Except for Winter.  BEEE BEEE BEEE BEEE BEEE BEEEE.  Thorn, who is normally calm, collected, and cool, took off her shirt and started flapping it frantically at the smoke alarm.  “If those sprinklers go off, we are all going to get wet.  YOU GUYS, WE’RE GOING TO GET MARGOT ADLER’S STUFF WET.”  Flap flap flappity flap.

I said, “Well, I guess dinner is ready.”

*I believe the rest of the world refers to this as “Creole pork chops.” 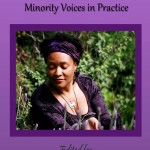 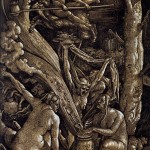 August 6, 2014 Witchcraft and Shamanism
Recent Comments
0 | Leave a Comment
"I agree with the importance of attribution. And you are right in the late 1970's ..."
CopperJet The Importance of Attribution
"Sorry to see you go, Sarah, but I understand. I've been considering the same choice ..."
Sable Aradia So long…
"Ugh! Well, if I have to grit my teeth and visit Wal-Mart for peacock duct ..."
artofthefirebird In Praise of Duct Tape
"Somewhere perfectly ridiculous like Wal~Mart."
Sara Amis In Praise of Duct Tape
Browse Our Archives
get the latest from
Pagan
Sign up for our newsletter
POPULAR AT PATHEOS Pagan
1

Six Ways My Catholic Upbringing Prepared...
Star and Snake
Related posts from A Word to the Witch 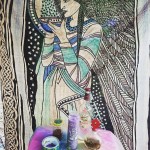 Pagan
In Praise of Duct Tape
A Word to the Witch