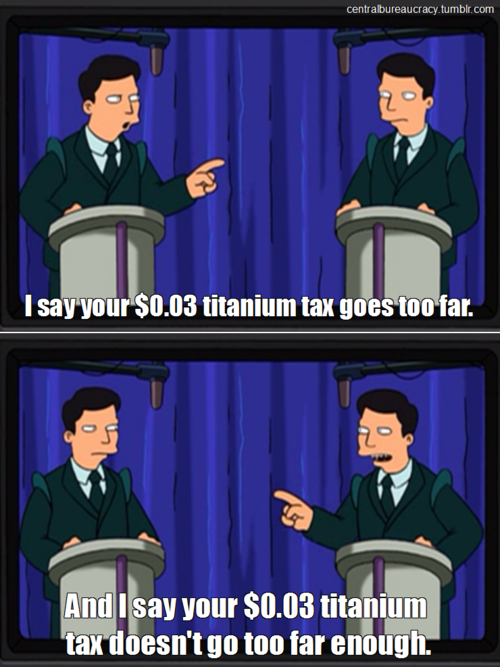 Disappointing choice. I had hoped for Cory Booker, personally, even though I strongly disagree with Booker about schools and vouchers. Kaine was the “safe” choice in the sense he won’t be very interesting, but the safe choice is also risky, because this election more than any previous one is about the immigrant and diverse identity of America. Further, at least as far as Democrats go, Biden is the first VP in 50 years or more who hasn’t gone on to be the Presidential nominee; Kaine is immediately the frontrunner in 2020/2024. For now, it seems Trump’s rhetoric, ugly as it is, still reflects the truth about America: only white elites matter.

The VP debate is going to be a total waste of time. The Politico tries, and fails miserably, to prove otherwise. John Jackson and Jack Johnson, indeed.

July 19, 2016
The Sparkling Twilight of the GOP
Next Post

November 5, 2016 Democracy Savings Time
Recent Comments
0 | Leave a Comment
"The solution is to stop giving the president more power than they were intended to ..."
TinnyWhistler the question of representation
"Well, if our centuries-old system of government doesn't get you the president you want, then ..."
Sean the question of representation
"In this country, by the way, more terrorism is committed by the white right than ..."
Barros Serrano Muslim Americans should be single-issue voters
"It is not only in this day and age. Examine the historical behavior of the ..."
Barros Serrano Muslim Americans should be single-issue voters
Browse Our Archives
get the latest from
Muslim
Sign up for our newsletter
POPULAR AT PATHEOS Muslim
1