The Sparkling Twilight of the GOP

The Sparkling Twilight of the GOP July 19, 2016 Aziz Poonawalla

In Macbeth, the tragic hero cynically muses about the meaninglessness of life, the universe and everything:

Out, out, brief candle!
Life’s but a walking shadow, a poor player
That struts and frets his hour upon the stage
And then is heard no more: it is a tale
Told by an idiot, full of sound and fury,
Signifying nothing.

Certainly, politics is a better fit for this sentiment than life. The Republican Convention is the ultimate stage full of fretting and strutting fools, and we watch with a grim and fascinated mix of horror and amusement. The climax of the evening last night was to be Melania Trump’s speech, which turned out to have been plagiarized from Michelle Obama; rather than accept responsibility for the error (ironically, the theme of the plagiarized passage itself) Trump has in true SJW fashion doubled down on his lie. Cue the Sparkle Twilight defense:

Yes, that is not a hoax, that is an actual defense by the Trump team: Melania’s speech was not plagiarism because Sparkle Twilight also said similar things. This is the Chewbacca defense reinterpreted for the Pokemon Go era.

Meanwhile, the empire of Fox News teeters on the abyss with news that grand mullah Ailes is on the verge of being ousted for sexual harassment. The tipping point? Megyn Kelly was also one of Ailes’ victims.

Megyn Kelly has told lawyers Ailes harassed her. Murdochs have told Ailes to resign by Aug. 1 or be fired for cause https://t.co/wbjU1rl5Pp

We are at an inflection point where the foundation of right-wing conservatism is crumbling. The political entity, the GOP, has created a monster in Trump and now trembles in fear over its inability to control it. Meanwhile, the media entity, Fox News, is trying to break free of its ideological constraints. The true-red conservative base is disillusioned and in open revolt, while the alt-right gleefully celebrates the success of its entryism to the political establishment.

It will all come to a head in November. Out, out, brief candle! 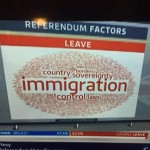 June 27, 2016
Brexit: Neither an Apocalypse nor an Emancipation
Next Post

July 23, 2016 preview of the 2016 Vice Presidential debates (Pence/Kaine)
Recent Comments
0 | Leave a Comment
"The solution is to stop giving the president more power than they were intended to ..."
TinnyWhistler the question of representation
"Well, if our centuries-old system of government doesn't get you the president you want, then ..."
Sean the question of representation
"In this country, by the way, more terrorism is committed by the white right than ..."
Barros Serrano Muslim Americans should be single-issue voters
"It is not only in this day and age. Examine the historical behavior of the ..."
Barros Serrano Muslim Americans should be single-issue voters
Browse Our Archives
get the latest from
Muslim
Sign up for our newsletter
POPULAR AT PATHEOS Muslim
1