5 Things No One Knows Are Ridiculously Catholic, But Should.

5 Things No One Knows Are Ridiculously Catholic, But Should. November 11, 2011 Marc

As Catholics, we try not to be smug. We really do. But the world makes this task exceedingly difficult when they take our stuff. The truth is that Western Civilization owes its very existence to the Catholic Church, what with the saving efforts of her monks during the Dark Ages, her development Scientific method, the University System, the agricultural advances of the monasteries and – of course – the wealth of art and literature the Church has inspired and produced. But I want to focus on a few things we never, ever get credit for.

1. The Super Evil F-The-Man Dark and Twisted Upside-Down Cross of Satan Who Is Scary

I mentioned this before. Look, the most evilest, baddest, worstest, church-burning statement a man can make!

A statement spearheaded by St. Peter who – being the first Pope and all – was of course just about as stick-it-to-the-Christian-sheep as you can get.

An inevitable conversation I have with my pothead friends:

“I love Bob Marley man. He was, like, all about freeing your soul. No judgement, just finding that inner peace, you know? Happiness, easy feelings-”
“-The Seven Sacraments-”
“-doing whatever feels right in you heart-”
“Which for Bob, was the adoration of The Real Presence of Jesus Christ in the Holy Eucharist.”
“Wait…”
“And going to confession. And firmly believing and defending the fact of a Triune God.”
“…dude, I’m high, and you’re throwing out all these words at me…”
“Yes. Yes I am.”

Bob Marley died baptized into the Ethiopian Orthodox Church. Somehow, his t-shirts never seem to display the most important decision of his life. Perhaps they wouldn’t have quite the same ring to them. 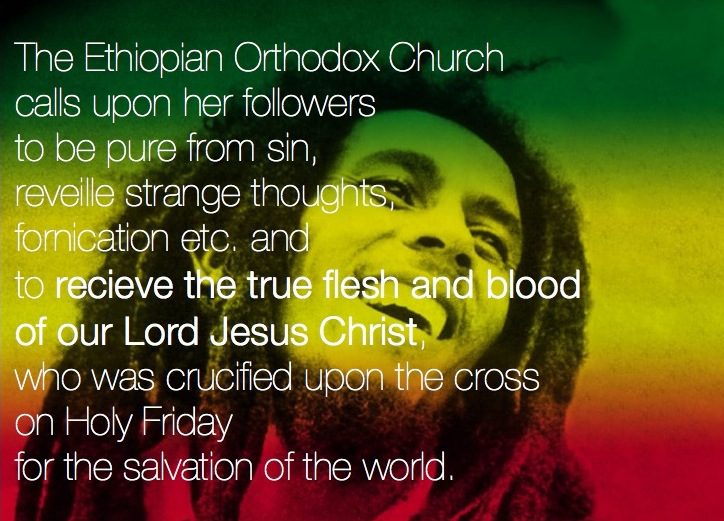 Now granted, the Ethiopian Orthodox Church is not Roman Catholic – if anything it is stricter and even more full of Mary-loving, angels, Saints, relic veneration and all the rest. But they hold the Catholic sacraments, and are with The Church in most everything except apostolic succession. (And even then, it’s simply the lack of recognition of the Roman Pontiff.) The point is that this man converted away from Rastafarianism, with all it’s weeeeeeed maaaaan, and towards an orthodox faith. So when I see those shirts, I pray for the legend’s soul, and I ask him to pray for me, that I might spend eternity singing softly with him.

3.That Mask With The Beautifully Shaped Eyebrows!

The taking on of the ‘Guy Fawkes mask’ as the symbol for anarchy, and hence the symbol for the hacker group Anonymous, is funny. On the surface, I understand the connection. Guy Fawkes was a man who tried to blow up the English Parliament. Alright, that sounds pretty darn anti-government-yeah-freedom-wooh! But as soon as you move an inch deeper – oh, would the world move but an inch deeper – it gets ridiculous.

See, Fawkes did try to blow up the English Parliament in the infamous Gunpowder Plot of 1605. But he made this attempt for the purpose of reestablishing a Roman Catholic monarchy in England. He wasn’t an anarchist, he was a Catholic who didn’t pay attention in his moral principles class.

Thus, when I see Anonymous doing their thing, my immediate reaction is “wow, what radical, slightly frightening commitment to the Roman Pontiff, to his infallibility as sucessor of the Apostle Peter, and what complete confidence in the ability of the Roman Catholic Church to guide the politics of the world!” Then I correct myself.

It’s a sad state of affairs, that we have no idea what a vampire is. We went from possessed soul to sparkling Abercrombie model in the blink of an eye. Am I the only one who woke up a few years ago, shocked to find that while I was sleeping vampires had become misunderstood angst-balls of fluff?

The real vampire is essentially the anti-Eucharist. As my friend Eleanor Donlon, assistant executive editor for the ever-excellent Dappled Things, writes:

…In a dark mirroring of the [Eucharist], Dracula is a super-physical being in whom a supernatural power is lodged. The Eucharist is the ultimate transformative and life-giving agent (John 6:58); vampyres consume blood to perpetuate an undead eternity. The blood on the cross was given willingly (John 15:13); vampyre victims do not submit of their own volition. They are hypnotized, entranced, or otherwise reduced to an altered state of consciousness. Dracula as Satan is thus elaborately developed: engaging in an anti-sacrifice and an Anti-Eucharist, Dracula is the Apocalyptic Anti-Christ who comes to collect souls and set up an alternative eternity to that promised in the New Testament.

Now they’re sexy and unbearably boring. Reason #549,890 for the world to become Catholic – Twilight never would have happened.

If you’re still reading this, chances are you’re drunk as all hell. If this is the case, you should be thanking the Roman Catholic faith.

Red wine is a sacrament. The French Benedictine friars gave us champagne. Chartreuse is still made by the Carthusian monks. Jägermeister is under the patronage of Saint Hubertus and Saint Eustace. Buckfast Tonic Wine – known affectionately as ‘Wreck the Hoose Juice’ in Scotland – was made by Benedictines. Frangelico was originally created by a hermit and is shaped like a Franciscan. Good beer was brewed almost exclusively by monasteries up until the twelfth century. You’ve got the Crusades to thank for the fact that we aren’t under Islamic Prohibition. And Catholics were a great source of alcohol during the American Prohibition – we were allowed to keep our vineyards running for communion wine. Catholics bootleged like nobody’s business. (It was the general outrage of the Irish Catholics – who must have thought the Apocalypse upon them – that helped end Prohibition.) We have beer blessings. Catholic teaching has only ever asserted the goodness of the grape and the grain. As Hillare Belloc versed:

The Latin – and I have this on the strictest authority – means ‘”bottoms up!”

So there. 5 things. It appears to me – and I could certainly be wrong – that living Catholicism is just better, plain and simple. I plan on making a few more of these; if you have any suggestions, hit me up.

November 13, 2011 Your Weekly Fix of Catholic Art - Mending
Recent Comments
0 | Leave a Comment
Browse Our Archives
get the latest from
Catholic
Sign up for our newsletter
POPULAR AT PATHEOS Catholic
1

Resurrection (?) #7: Crucified Thieves Taunting Jesus
Michael J. Alter is the author of the copiously researched, 913-page volume, The...
view all Catholic blogs
What Are Your Thoughts?leave a comment
Copyright 2008-2021, Patheos. All rights reserved.
error: Content is protected !!