Death Metal Ain’t Got Nothing On Us 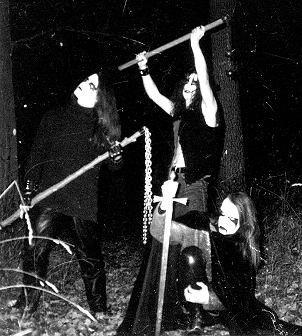 A long, long time ago, in a galaxy frightfully near, when I was caught in the awkward throes of middle-school, Black Metal and Death Metal were where it was at. In fairness, I attended a British military school in Germany, which sort of implies dysfunction.

Regardless, a good number of my friends were infatuated with drugs, wearing dead/dying/skeletal guitar players on their t-shirts, and rocking their satanic symbols. (What’s metal without corporate merchandise?)

There was the pentagram, the anarchy sign, the nordic runes they assured me meant Very Evil Things and, of course, the upside-down cross. I was only a larval-stage Cagnostholic, but I knew the upside-down cross was funny. Real satanic, guys. Really sets off your brooding hatred Christian values. Christians tremble at the mere sight of…of… 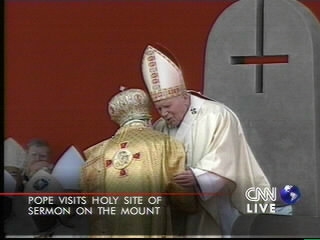 Now mistaking the cross of St. Peter for some satanic symbol is forgivable. Cute, even. But what remains absolutely, utterly unforgivable is the notion that metal culture is somehow darker than the Church. That its shreddable, double-kicked portrayal of evil sends Catholics scurrying for cover, shaking under their beds, clutching their rosaries.

No. The Church invented dark and scary, dammit. A Satanic music scene can only imitate, because Satan is fundamentally an imitator. He distorts the what’s good, true and beautiful, presenting bad remixes like off-brand cereal and reposts. This was struck home to me as I listened to the hilariously awful group Deicide. Novel concept. Nothing like the death of God to…oh, wait, here we go again… 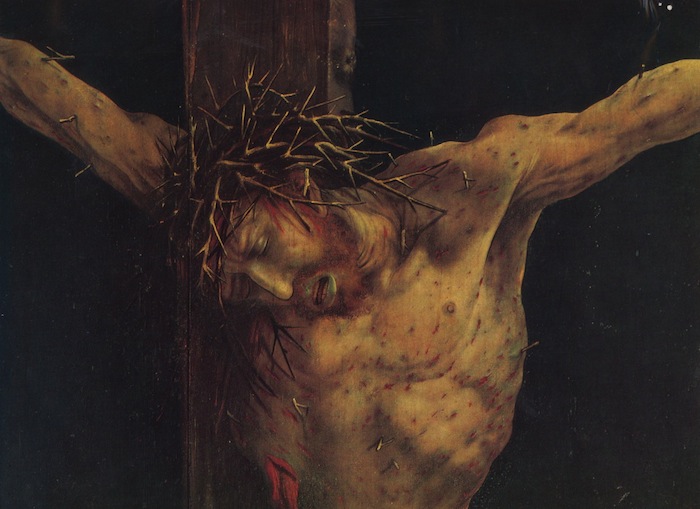 You see, the problem all super-cool forms of darkness-worship can’t keep up with the Catholic Church, who knows the place of darkness, who’s God rests in “the darkness of the cloud of unknowing” and whose Christ is the light that shines in the darkness, that the darkness shall never overcome.  The death-obsessed can’t really come close to a Catholic portrayal of death. Sure, we can barely conceive of blasphemy without its skulls… 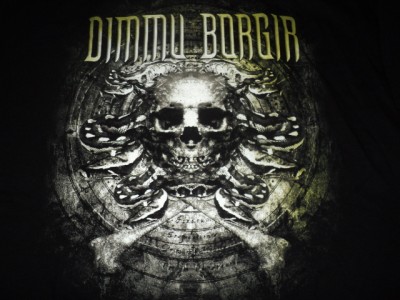 And it’s all very…you know what, I’m going to skip right on to it: 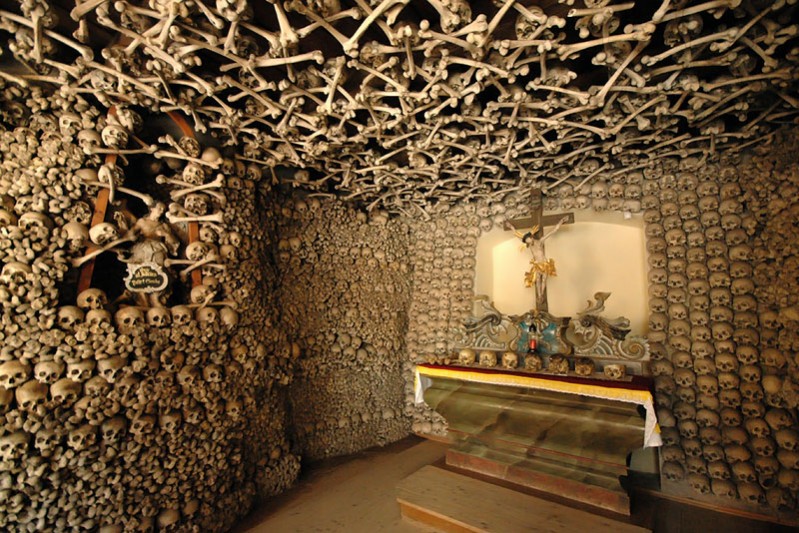 As a Catholic, not only am I religiously obligated to have no fear of Death, but I’ve prayed a rosary in a Roman chapel constructed from the bones of martyred Capucins. What a satanic music scene can only snatch at in its limited imagination, the Catholic Church builds churches out of. It’s a fear of death that seeks to show it as something gloriously hideous and horrendous, that wallows in it as if it were the ultimate conveyance of evil and despair. It’s a courage that stares it in the face. Only an acceptance of death as dark, mysterious, awful, terrifying, and yet the precise road by which we attain the fulfillment of our infinite desires really allows us glorify death. Only the Church proclaiming that through death all men attain new life really allows man to pile skulls and mean it.

And this isn’t just a bizarre sideshow of the Catholic Church. These ossuaries are everywhere:

The message is simple: Remember man that you are dust, and to dust you shall return. Memento mori. Remember and prepare your hearts and souls. But do not be afraid, for death has been conquered by the crucifixion and resurrection of Jesus Christ. In this manner, pilgrims gaze at the holy relics surrounding them and are led to joy, to prayer, and to contemplation. This world is a passing thing, and triumph awaits the martyrs.

Meanwhile, in the bowels of Norway, totes-blasphemous bands continue to wistfully design albums adorned with the dead, with the desecration of holy places, confident in their blasphemous powers, unwittingly revealing an underlying conviction in the truth of Christianity, a conviction Chesterton put best:

Blasphemy is an artistic effect, because blasphemy depends upon a philosophical conviction. Blasphemy depends upon belief and is fading with it. If any one doubts this, let him sit down seriously and try to think blasphemous thoughts about Thor. I think his family will find him at the end of the day in a state of some exhaustion.

But they’re fighting with a weapon that has been broken, and a grave split open by God. Satan-worship is the ultimate exercise in futility that human existence has to offer, akin to betting on the loser of a race that’s already been run.

Still, they try to frighten in their lyrics, their music and their art. (The music bores me from of a lack of contrast, and a similar lack of courage. If you paint the most hideous depth of Hell entirely in the same shade of black, no one will see Hell. If your lyrics, your screaming, your riffs and your image all take evil as their foundation, no one can hear the evil for the noise. When a satanic band starts making beautiful music, then I’ll be worried.)

But you just can’t out-darken the Catholic tradition.

General blood, gore and dismemberment? It occurs to me that the primarily difference between hardcore art and Catholic art is that Catholic art is usually depicting something historical real, rendering itself far more hardcore: 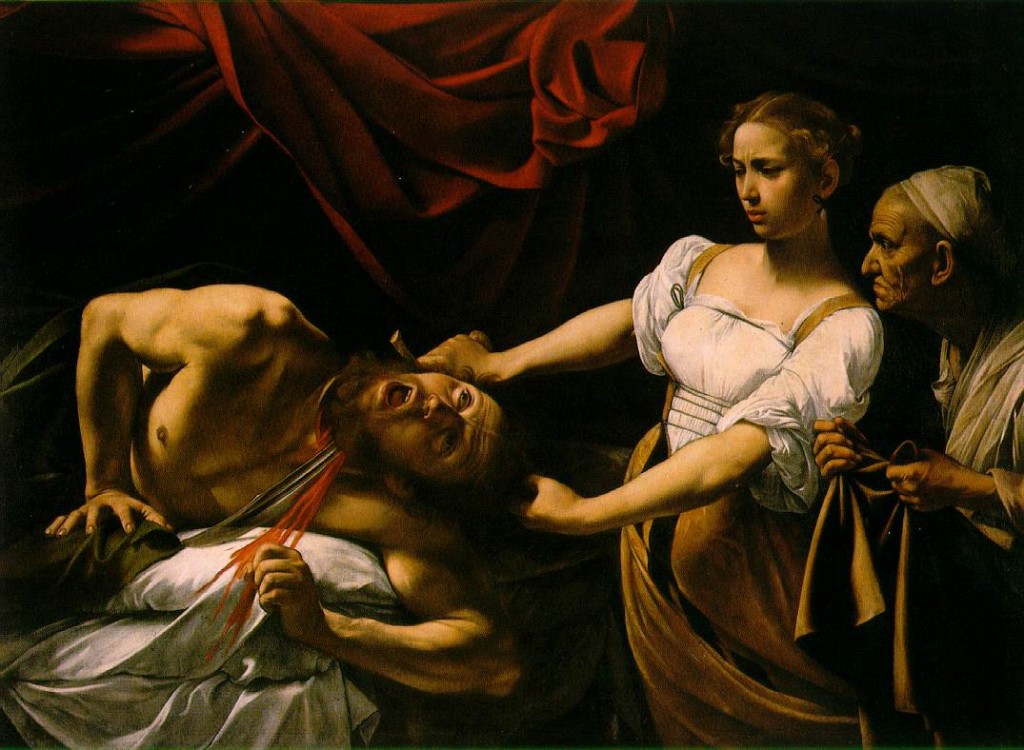 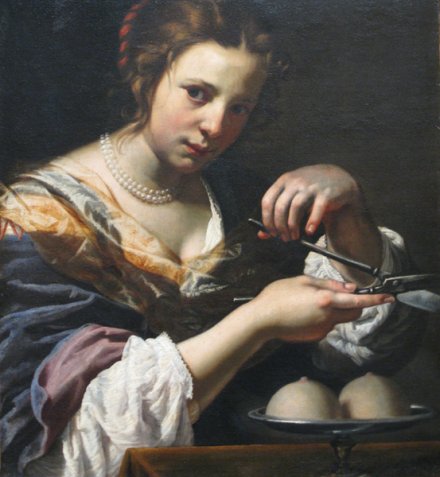 Now don’t get me wrong, the death metal culture can be incredibly offensive. Just looking for their album covers is enough to have me join a cloistered order and spend a lifetime praying in reparation for the sins of the world. But it’s a sadness, not a fear. These people are so very loved by God. Their rebellion is so dumb, because you cannot worship Satan without knowledge of God, and you cannot deny God without denying your own fulfillment. And so the Sacred Heart burns for them.

My point then: Don’t be scared of the Devil. He has power, sure, and he is real, without a doubt, but he has been decimated by God, crushed by our Mother Mary. Realize that only with courage in the face of evil, only upon entering into the rebellion against sin and the death we call the Holy Baptism can we truly name evil and expose it for what it is. For Satan does not tempt as a grotesque object of worship on some infernal throne. He’d be an idiot to try.

Satan tempts us in the everyday. He tempts us with bad philosophy. He tempts us with easy ways out. He tempts us to worship our selves, to pity ourselves, and — ultimately — to castrate ourselves of the ability to love. Amen, amen I say to you, if the all-out, Satan-worshipping disciple of Black Metal manages somehow to avoid the terrible mercy of God, he will find himself damned not for his mockeries, his darkness, or his demonic, skeletal art, but for his Pride, just like the white-collared, straightedged, “Christian” next to him. 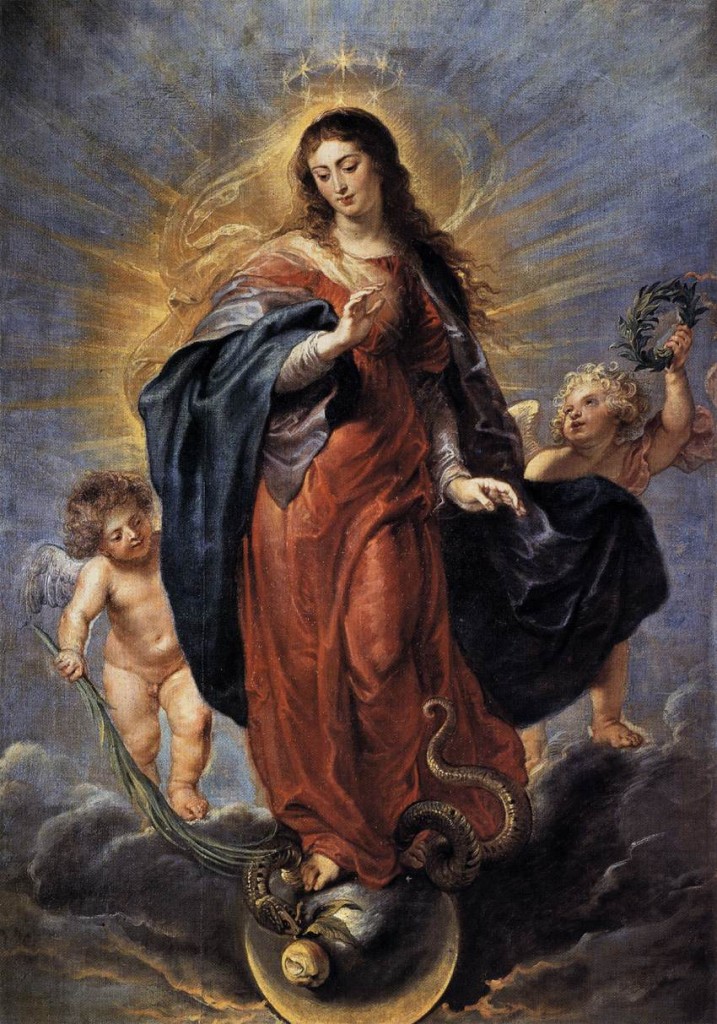