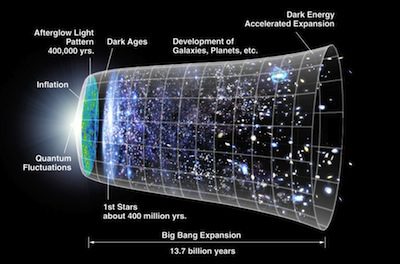 All things come from and tend towards Nothing.

The Big Bang Theory supports the former claim: The dense, hot, rapidly expanding singularity that was our universe some 13.75 billion years ago contained within itself all space, time, matter and energy. “Before” it existed, nothing existed. All things come from Nothing.

The law of entropy backs the latter claim, dictating that all systems regress into a state of disorder, all organization tends towards chaos, and all things crumble and fade. In 10^100 years even black holes will dissipate, leaving the universe comprised of photon radiation — at best. All things tend towards Nothing.

But infinitely more depressing than the story of the cosmos is the story of man — a dying universe in himself. He comes from Nothing, brought into being several seconds after the sperm of his father crashes into the ovum of his mother, and will return to Nothing in death. His existence is an island in a sea of non-existence.

Bleak? It depends on whether we’ve the courage to face it, for existence, at the final count, is resistance. To live, to try, to make, to act, to do, to be — these give the finger to the Nothingness that surrounds us. To build a house is a contradiction. To start a family is a last stand. To get up in the morning and make breakfast is to fight a universe tending towards the absolute dissolution of all breakfasts into Nothing.

This, scary as it may seem, is awesome. But we ignore the possibility of awesome. We are told — by the few who will admit that we are insignificant islands — to therefore be sinners, for we might as well have fun with this meaningless, brief interlude in Nothingness. In the face of Nothingness, considering a life of jerking off and not giving to the poor, the world squeaks YOLO.

Why? Well, the modern world sees destruction as something bold, brave and ballsy. We see sin — always destructive — as a solid in an otherwise watery universe.  The vandals, arsonists, gangsters, home wreckers, and serial killers; the self-destructive, self-righteous, and self-serving; the womanizers, tyrants, and abusers — we are most of these things, and we think at least one or two of them badass. This is the modern thesis: The man being good is afraid to be bad, and the man being bad is hardcore. The Joker is cooler than Batman. It’s a problem of poetry more than anything else: Goodness is a soft thing, while badness is lauded as hard. 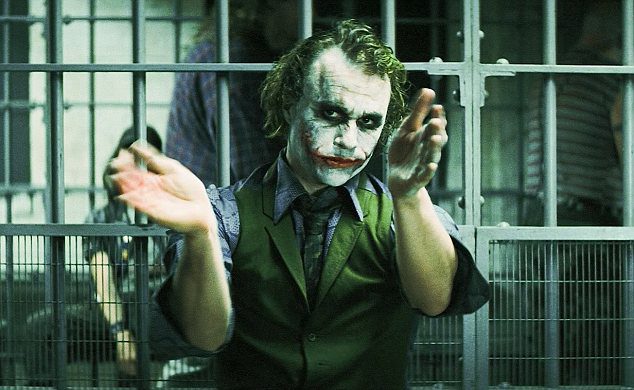 But if we come from Nothing and are going to Nothing, what boldness can there be in destruction? The law of entropy will kill our families, reduce our houses to dust, and slowly, steadily, bring about all the super-hardcore-ness we can imagine. There is no rebellion in hastening the inevitable. A killing spree may shock society, but it is a boredom to the universe, who ultimately kills everyone. To objectify a woman into a sex object might give men a thrill, but it is pathetic to the universe, who is busy rendering her into a corpse.

Sin is weak. Sin is a white flag of surrender waved to the oncoming Nothingness. Sin chooses absence over being and Nothing over Something. Sin is sinful not in that it is too bold, but in that it is not bold enough.

We see this truth on a personal level. Sin is always the easiest action to perform in any given situation. All it requires is Nothing.

To commit the sin of wrath or anger, a man doesn’t have to do anything, he merely has to lose something — his temper. He breaks, he snaps, he “gives in”, all of which merely points out the obvious, that he stops doing something. There is no boldness in wrath, any more than there is in rot, though they amount to the same thing, an acquiescence into Nothingness.

To commit the sin of pride, a man need not do anything. He does not know — nor can he — if his family and friends are having the same experience of life, or the same depth of thought and feeling that he is. He does not know them as selves — that is, as he knows himself — but as others. To be prideful is this — to view everyone else solely as others, never making the leap of faith that acknowledges that the “I” is not the center of the universe, nor the only being having an experience of self, but that others are in fact selves — deep, rich and valuable. All Pride requires is not doing anything.

So to summarize: Man comes from Nothing and goes to Nothing. In the brief interval of time in which he exists, he has the free choice to give in to the Nothingness that surrounds his existence — to sin — or to fight it with joy — to practice virtue. Sin is surrender and virtue is resistance. If it is a better thing to fight than to fail, then it follows that all men should practice virtue for its own sake. 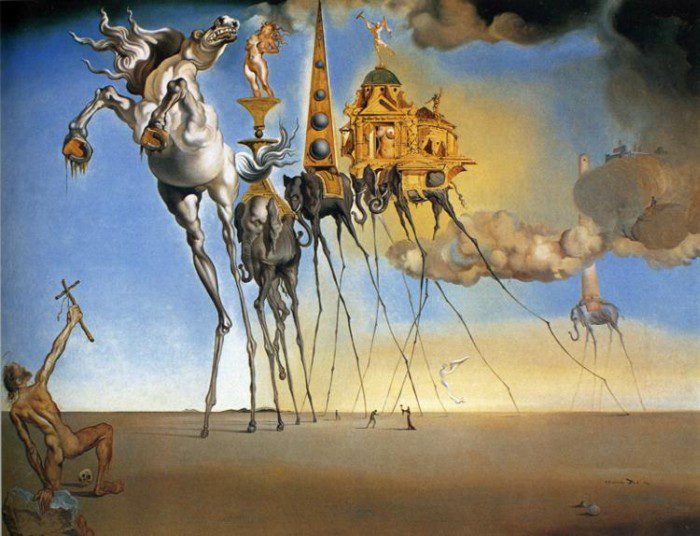 It was only when I realized that the call of the Catholic Church was a call to arm ourselves against Nothingness that I could accept the possibility of actually, possibly, just maybe trying to be a good person. I could finally understand why Christians claim that “the wage of sin is death”. The wage of a constant surrender to Nothingness is ultimately Nothingness itself.

Now all of this was enough to make me want to be good for sake of rebellion, and to die having fought tooth and nail, but the Church demands me take one step further (She’s always doing this). The Church says the fight is not in vain. She claims that we can actually conquer death. She claims that the resistance that is virtue is not futile but fruitful, for our war against Nothingness has been won by Christ, who was utterly virtuous and thus infinitely greater than Nothing. To be virtuous is to participate in his victory. To be virtuous is to have everlasting life, which is everlasting existence, which is the final, irrevocable end of Nothingness and the death of Death. This requires a leap of faith, as belief in the law of entropy requires a leap of faith (that repetitions will continue to repeat), and as the belief that your spouse loves you requires the same. Perhaps it is absurd — believing we can win — but it seems to me a far better thing than nothing.

November 27, 2012 An Imperfect God
Recent Comments
0 | Leave a Comment
"I don’t know what bible your reading, but if you really think Jesus wanted his ..."
George In Defense of Covering Catholic Churches ..."
"1. Conflates a child's sense of wonder with religion.2. Untold thousands of children have been ..."
Lucius 3 Arguments Atheists Aren’t Allowed To ..."
"Brilliant and mind opener. You're hot! Jajaja"
agusq1970 Modesty Sets Fire
"Great quality content man, I am really impressed with this one. Thanks for sharing this ..."
diksha gupta Culturally Catholic, Baby.
Browse Our Archives
Related posts from Bad Catholic

'Slaves and Kings': Fathom Releases First Catholic Drama,...
Premiering in both English and Spanish, 'Slaves and Kings' is the story...
view all Catholic blogs
What Are Your Thoughts?leave a comment
Copyright 2008-2021, Patheos. All rights reserved.
Close Ad