An excellent New York Times opinion piece is making its dutiful trudge around the Internet, proclaiming (if I may do the author, Yoram Hazony, the injustice of wedging his piece into a nutshell) that God should not be considered perfect, for such a philosophical view is directly contradicted by the God of the Old Testament. Hazony says:

The God of Hebrew Scripture is not depicted as immutable, but repeatedly changes his mind about things (for example, he regrets having made man). He is not all-knowing, since he’s repeatedly surprised by things (like the Israelites abandoning him for a statue of a cow). He is not perfectly powerful either, in that he famously cannot control Israel and get its people to do what he wants.

Today, with theism rapidly losing ground across Europe and among Americans as well, we could stand to reconsider this point. Surely a more plausible conception of God couldn’t hurt.

Hazony is in error.

The Ancient Jews declared God perfect in all his ways: “As for God, his way is perfect; the word of the Lord is flawless. He is a shield for all who take refuge in him” (Psalm 18:30).

The Psalmist knew God’s “surprise”, his “mind-changes”, and all the rest — yet he declares God perfect.

Christians, looking at the New Testament, hear Christ’s terrifying demand to “be perfect as your Heavenly Father is perfect” (Matthew 5:48) and thus echo the Psalmist: God is perfect.

This is first of all obvious in the modern believer: When we cast our eyes backward through history, the image of God seems imperfect.

But it is common sense to assume that, were the Ancient Jews presented with the image of God proclaimed by Christ some thousands of years in advance, they too would view Him as imperfect. 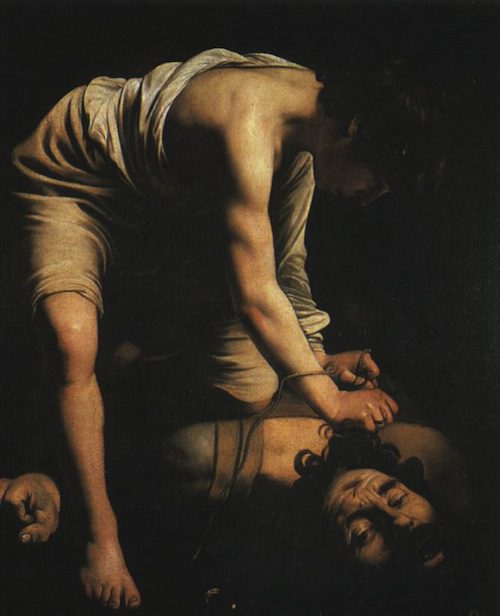 The Jews were a tribe forever at war, surrounded by civilizations that wanted to beat their heads against rocks and enslave their children. Would a God who demands we “love our enemies” and “do good to those who hate us” fit their image of perfection? No. We were barely ready to hear a God who told us to eat his flesh and drink his blood, and to destroy the temple and watch him raise it up in three days. Indeed, many were not. Our modern conception of God — which, for any one living in the post-Christ world is inseparable from the New Testament — would seem imperfect to them, just as their ancient conception of God seems, at a first glance, imperfect to us.

Perhaps it is not God who is imperfect, but we who have been changed. Allow me an imperfect allegory:

If a father were to tell us how he treats his child without mentioning that his child is 5, not 35, we would certainly condemn his parenting as imperfect. Imagine the conversation:

“To explain photosynthesis, I purposefully tell my son that leaves eat sunlight. When he’s bad, I lock him in his room, or smack him. When he makes me a drawing I pretend to be surprised by how good it is, and when he misbehaves at the table I pretend to be surprised how bad he is. I often rescind punishments just so he knows that I love him. I often raise my voice just so he knows the effects of his action. I often behave just like him, imitating his tone, his mannerisms, and his giggles.”

Now obviously, there is a vast difference between God and a human father, but it isn’t entirely difficult to see that the change in the child defines whether the actions of the father are imperfect — not the apparent change in the father. We would be horrified at the behavior of this father, if his son really were 35. But his son is 5. Hazony, looking at the Old Testament, assumes that God is interacting with people just like us, when in reality, he is interacting with spiritual 5 year olds, human beings rescued from boring idolatry into the idea that there is, in fact, but one God.

The imperfections that Hazony faults God with — His apparent mind-changes, His surprise at our evil, His decision not to force the Israelites into every right action (which, for the record, does not imply an imperfectly powerful God, merely a God who grants us freedom. An army is powerful even if not in battle, and a God may be all-powerful even if he does not exert that power at the expense of our free will) — these are not imperfections, but the perfect method of relating to his people at the time his people lived. The ancients would have not freely followed a God who forcefully directed all actions, could not be approached and prayed to as one who could be reasoned with, and expressed only the words “I already knew you would” at their every misdeed. Sure, God could have forced them to follow him, revealing himself totally and in one fell swoop — but what is the value of forced love?

So, while God’s interaction with the Ancient Jews may be evidence that the Western philosophical tradition is wrong, and God is not perfect, it could equally be considered as evidence that we are not Ancient Jews. For both times have viewed God as perfect, despite relatively different interaction, as both the 5-year-old and the 35-year-old view their Father as good, though they would cease to do so if treated as the other. God reveals himself over time. He prepares us to receive his him in fullness. He did not give his prophets knowledge of the Resurrection and of eternal life right away, but in time, once we’d learned to obey him for the simple fact that we are his people, and he is our God. Even now we have more to comprehend of Him.

Hazony is right in pointing out that the perfection of God cannot be the merely maximized sum of all his maximized parts, as both the parts and the maximization of those parts are human conceptions that fall short of the precise nature of God. But our inability to fully understand the whole of God does not assure us that God is imperfect — only that we are.

(Hazony brings up philosophical arguments against the idea of a perfect God, such as the “this-world-sucks” argument and the “could-God-make-a-burrito-so-hot-he-couldn’t-eat-it” argument (no, “it is not possible for an agent to bring about an impossible state of affairs (e.g., that there is a shapeless cube), since if it were, it would be possible for an impossible state of affairs to obtain, which is a contradiction.”) These questions are excellent and largely answered by Aquinas, so I’ll take my leave of them, with the hope that any readers inspired to tackle them will do so with gusto.)

Hazony’s alternative to a perfect God is as follows:

As Donald Harman Akenson writes, the God of Hebrew Scripture is meant to be an “embodiment of what is, of reality” as we experience it. God’s abrupt shifts from action to seeming indifference and back, his changing demands from the human beings standing before him, his at-times devastating responses to mankind’s deeds and misdeeds — all these reflect the hardship so often present in the lives of most human beings.

Here we part ways. If God is the embodiment of reality, then to hell with Him. He is utterly unnecessary, a representation of experience, a secondhand conglomerate that mystically “embodies” a reality no one’s satisfied with in the first place. But if God is perfection in the only sense that human beings can conceive of perfection, that is, as perfection to us, then I pant for Him. He is the fulfillment of each and every soul struggling through the vale of tears. He is our peace and our joy. He is the perfect goodness we want when we strive for but a little piece of good, the perfect beauty we desire when we are awoken by the smallest glimmer of beauty, and the perfect truth that we want when we look at the universe and our lives within it and demand that it somehow make sense.

December 1, 2012 A Similarity Between Atheists and Christians
Recent Comments
0 | Leave a Comment
Browse Our Archives
Related posts from Bad Catholic