5 Things People Think Make Them Hardcore (And Why They Actually Make Them Christian) September 8, 2012 Marc

Here’s the bad news: We’re desperate for symbolism and imagery to give some depth of dignity to our daily lives, but our culture offers us very little outside of the gaudy logos of fast food restaurants and insurance companies. Here’s the good news: As a direct result of being symbolically starved, we make hilarious mistakes in our use of symbols. Without further ado then, 5 Things People Think Make Them Hardcore, and why they actually make them Christian.

There comes a time in the budding Satanist’s life when he considers getting a tattoo in order to affirm and resolve his passionate fight against the mindless Christian sheep. It’s only natural that he will consider getting a pentagram, as he has been told by the Internet that the 5-pointed star is a symbol of the devil. Case in point: 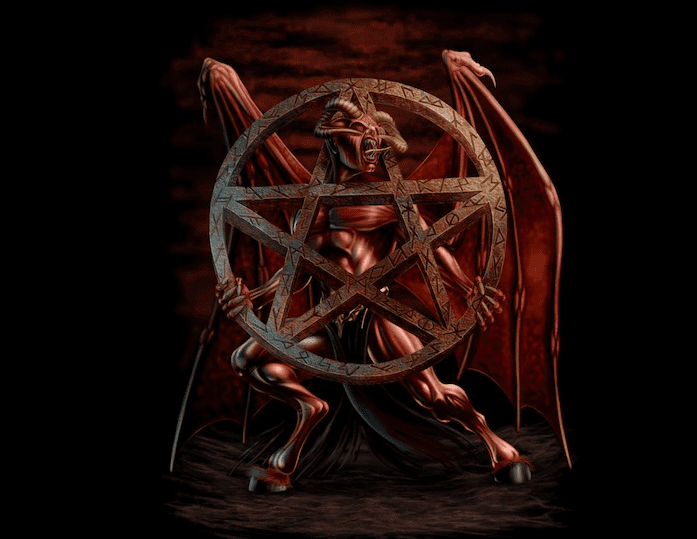 The problem being that the Internet is the breeding ground of all sorts of stupid, and if our dear Satanist went for a design of this sort, he will have permanently marked himself with the sign of Christ.

For the Jews, the pentagram symbolized Truth. For Medieval Christians, the pentagram symbolized the five wounds Christ received during his Crucifixion. In fact, in an irony too delightful to fully appreciate, the medieval Christians believed that the pentagram, because of its Christological nature, had the power to ward off demons. This lends a new meaning to the above picture, and I am lead to appreciate that the artist is unwittingly punishing his Satan, by having his head hopelessly stuck in a medieval representation of his own defeat. At least, unlike some, he can redraw it:

My advice to growing Satanists: Try turning it upside down, to form what I can only imagine you’re trying to form, the Sigil of Baphomet.

It’s not a necklace, it’s a Catholic prayer. Nuff said.

The taking on of the ‘Guy Fawkes mask’ as the symbol for anarchy, and hence the symbol for the hacker group Anonymous, is silliness of the highest degree. In the first place, a portion of every penny spent on buying the mask goes to Warner Bros., who have licensing rights to the image, and who represent everything anti-corporation movements stand against.

But there’s an issue with the mask that goes way beyond selling out to the man: While Fawkes did try to blow up the English Parliament in the infamous Gunpowder Plot of 1605, he didn’t do it because he wanted to inspire 13 year olds stealing their neighbor’s wi-fi with the values of anarchy. He made this attempt for the purpose of reestablishing a Roman Catholic monarchy in England. He wasn’t an anarchist, he was a Catholic who didn’t understand basic moral principles.

Thus, when I see Anonymous doing their thing, my immediate reaction is “wow, what radical, slightly frightening commitment to the Roman Pontiff, to his infallibility as sucessor of the Apostle Peter, and what complete confidence in the ability of the Roman Catholic Church to guide the politics of the world.” Then I correct myself.

This is, of course, is my very favorite.

Nothing says rebellion against the constraints and moral laws of religion than its very symbol turned on its head. Right? Wrong. The symbol has already been claimed, by a man far scarier than those palm-muting in the bowels of Norway. I speak, of course, of the first Pope of the Holy Catholic Church, St. Peter himself. 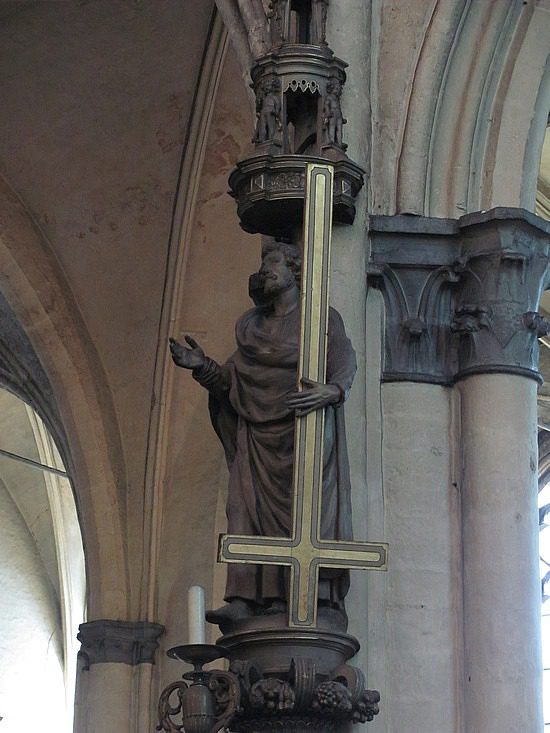 St. Peter believed himself to be unworthy to die the same death as his Lord Jesus Christ, and at the time of his martyrdom he requested that he be crucified upside down. His request was granted, and ever since the upside-down cross has been known as the Cross of St. Peter. It’s not easy being hardcore.

White supremacists and neo-Nazis try their baddest to tattoo this sign of hatred to every spare piece of skin, and to be fair to them, most people, upon seeing a swastika displayed, get freaked out. 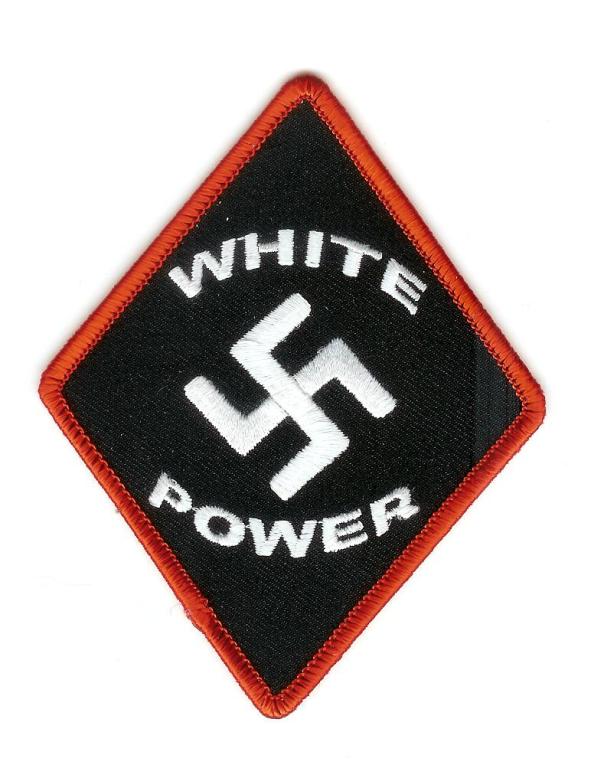 But the reality behind the European meaning of the swastika makes the today’s neo-Nazis look like devout Christians. It’s a form of the cross, and a beautiful one at that. It’s visible in cathedrals and churches across Europe: 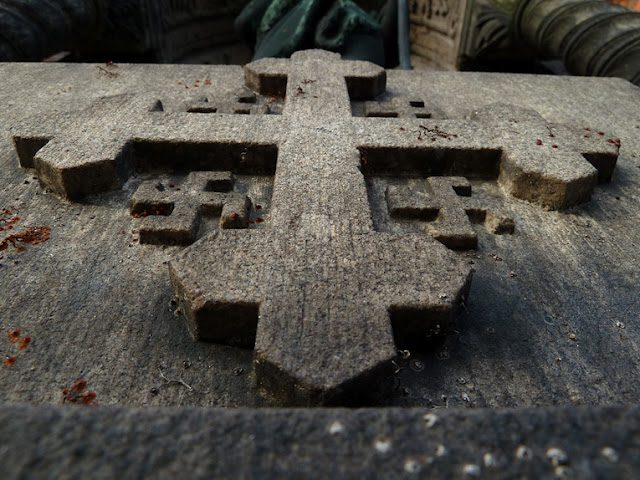 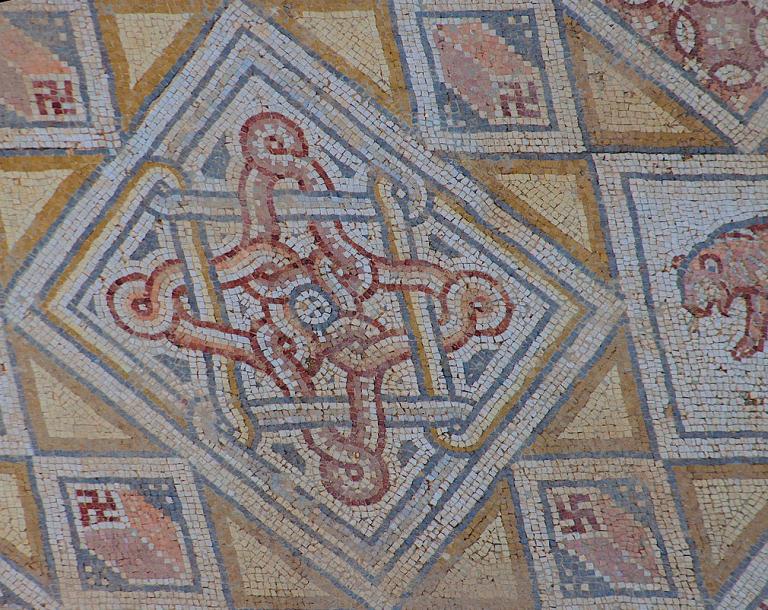 Not that I particularly expect those who elevate race over religion to bother with the religious implications of their symbols.

September 6, 2012
Why This Catholic Girl Is Praying for a Schism Part 1
Next Post

September 9, 2012 Why This Catholic Girl Is Praying For a Schism Part 2
Recent Comments
0 | Leave a Comment
Browse Our Archives
get the latest from
Catholic
Sign up for our newsletter
POPULAR AT PATHEOS Catholic
1