In an attempt to prove to the world that theirs is an ideology neither outdated, nor blatantly unscientific, nor rapidly devolving into that ridiculous elitism blind beyond the narrow confines of its own minority view, the pro-abortion kids have made a YouTube video. It’s excellent, with universal appeal, celebrating all the good ushered into the world by Roe vs. Wade, wait, sorry, wrong script, it’s actually the creepiest shit you’ve ever seen.

Nothing says, “Gosh, what a wonderful, uncontroversial law I should support” like hearing a dude insinuating about taking the said law upstairs and getting coital with it, in between bouts of sith-lord-worthy chuckles, and — dammit STOP WINKING AT ME. It’s might even be worse than this:

It’s times like these when I wonder why I’m planning to march on Washington to advocate for the abolition of abortion when my enemy is so busy stabbing himself in the eyeballs. Then I recall the panic that sets into liars when confronted by acts of courageous truth. The awkwardness of the opposed is not disconnected from the witness of those opposing.

“Happy 40th Anniversary, Baby” is going around the Christian world, and the comments claiming that the video is “scary”. Scary?

Now I strive not to be gleeful over idiocy, but when it’s the idiocy of a culture bent towards injustice and inequality, I have to thank them for the laugh. And it is at least mildly funny, this descent into awkward the pro-choice movement is currently stumbling through. 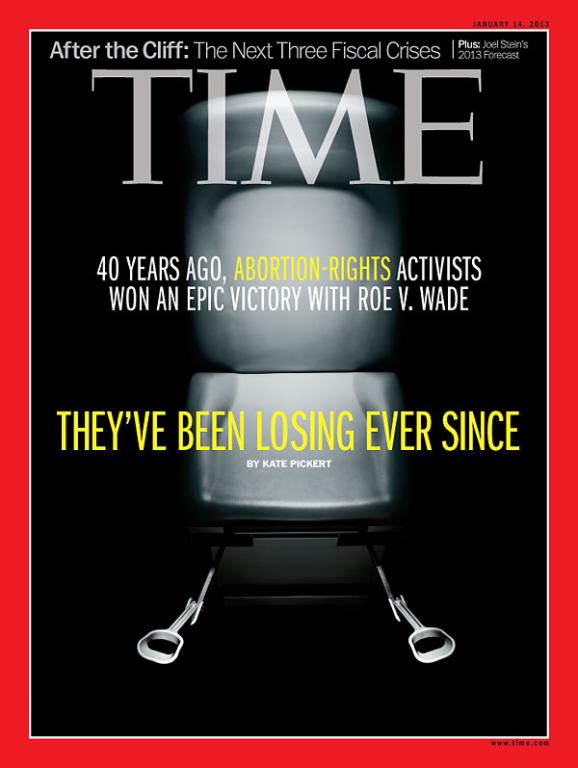 “pro-choice” in favor of plumbing the murky depths of relativism, taking up the infinitely more exciting banner of pro-you-can’t-know-what-abortion-is-like-so-don’t-say-anything-unless-you-want-to-support-it-in-which-case-say-something-but-don’t-say-choice-anymore-and-donate-to-us.

Now I’m all for ditching labels in exchange for definition. Clarity is a far better meal than catchiness. (For instance, I prefer telling people I support the abolition of abortion than that I’m “pro-life”, given that there’s plenty of people who support abolition but aren’t remotely “pro-life” when it comes to the death penalty, drone attacks or unjust war.) But this new-and-improved Planned Parenthood hasn’t forsaken labels for definitions, they’ve forsaken a known label, refused to define what they support, and taken upon themselves a new label so stifling and indecisive it may as well be a death shroud.

And now our culture has no idea how to talk about abortion. It was supposed to be no big deal, but you can’t simultaneously say it’s no big deal while saying you can’t talk about abortion unless you are “in her shoes”. Either abortion is normal, moral, and open to discussion, or it’s something so drastic that it can only be spoken of by those directly involved. It cannot be both. Thus we come to a split in the pro-abortion crew. There are those who will make videos to promote the idea that abortion is fine, commonplace, and open to jokes. And there are those who won’t. The former will get increasingly weird. The latter will get increasingly vague. Those in striving to abolish the injustice of abortion need only to spit fire into this darkness, that of basic embryology, the definition of life, the determination of the species of that life by way of DNA, and the philosophical truth of potency. From these we will hold fast to the rational claim that the unborn are living, human beings, worthy of the protection and rights granted to all human beings. Let our enemies flounder, but love them as they do.

January 31, 2013 Catholic Hospital Claims Fetus is not a Person!
Recent Comments
0 | Leave a Comment
"All political art is lame?"
George Arnold Ghosts With Erections
"I don’t know what bible your reading, but if you really think Jesus wanted his ..."
George In Defense of Covering Catholic Churches ..."
"1. Conflates a child's sense of wonder with religion.2. Untold thousands of children have been ..."
Lucius 3 Arguments Atheists Aren’t Allowed To ..."
"Brilliant and mind opener. You're hot! Jajaja"
agusq1970 Modesty Sets Fire
Browse Our Archives
Related posts from Bad Catholic