Every time someone says “non-negotiable moral issues” in the context of a Catholic’s voting responsibility, a puppy full of hope, wonder, and plans for the future is thrown off a cliff. By me. And I don’t even cry. So let’s be absolutely clear. There is not, has never been, and probably never will be a definitive list of non-negotiable political issues that Catholics may not vote in favor of.

This myth has been unintentionally promoted by folks like CatholicVote and Catholic Answers, who’s Voting Guide for Serious Catholics (their Guide for Flippant Catholics has more pictures) lists “The Five Non-Negotiable Issues” with all the authority of Moses. That this list — abortion, euthanasia, stem-cell research, cloning, and homosexual marriage — does not constitute THE non-negotiable issues is evident with a brief glance at Pope Benedict’s use of the same principle:

“When political activity comes up against moral principles that do not admit of exception, compromise or derogation, the Catholic commitment becomes more evident and laden with responsibility.” The Pope mentions the life issues Catholic Answers lists, then goes on to argue that “this is the case with…the freedom of parents regarding the education of their children,” “society’s protection of minors and freedom from modern forms of slavery (drug abuse and prostitution, for example),” “the right to religious freedom,” and, just to be horribly papal about the whole thing, “the development of an economy that is at the service of the human person and of the common good, with respect for social justice, the principles of human solidarity and subsidiarity, according to which ‘the rights of all individuals, families, and organizations and their practical implementation must be acknowledged.’” 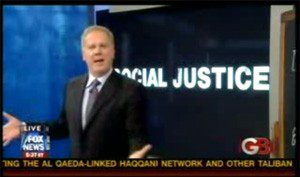 Catholic Answers is silly to number the non-negotiables — nuts if they think Benedict would be on board with their 5 apart from all the rest he mentions. EWTN is equally silly. They list 3, calling them — if you can believe this — The Three Non-Negotiable Principles of the Moral Law: Life, Marriage, and Authentic Human Freedom. They then have the gonads to cite this as “according to Pope Benedict XVI,” who is a ninja of academic subtlety, and would never be caught dead claiming to unveil “The Three Principles of the Moral Law.” (He’d say something like: “We don’t have the time to fully develop our thoughts in such a simple and circumscriptive essay, but several key points have already revealed themselves, and thus demand fuller attention.” (While fixing his immaculate hair. (And proofreading Francis’ encyclicals.))) The address from which they cite the Ratzinger stamp of approval (tremble, friends, to presume the approval of the Inquisitor) doesn’t claim to unveil “the principles of moral law.” It says:

“As far as the Catholic Church is concerned, the principal focus of her interventions in the public arena is the protection and promotion of the dignity of the person, and she is thereby consciously drawing particular attention to principles which are not negotiable. Among these the following emerge clearly today…” Then he lists his really obviously non-exhaustive three, which are not divided into Life, Marriage, and Authentic Freedom, but Life, Marriage and Homeschooling.

But you know what, I’m not mad. Use Doctor Benedict the Great to make snazzy cheat sheets for uniting the Catholic Church and the Grand Old Party in holy communion. I’m not explaining to these children why their puppies have to die. That’s on you.

What Catholic Answers should have said was something like “5 non-negotiable issues that are currently hot topics,” but it sounds a little less bold. Or they should have pulled a Pope Francis, who just doesn’t care what anyone thinks:

In an interview published March 5 in Italian daily “Corriere della Sera,” he was asked about appeals to “the so-called ‘non-negotiable values’, especially in bio-ethics and sexual morality.”

“I have never understood the expression non-negotiable values,” responded the Pope. “Values are values, and that is it. I can’t say that, of the fingers of a hand, there is one less useful than the rest. Whereby I do not understand in what sense there may be negotiable values.”

But if you give your average GOP-Catholic-meal-combo a thoughtful nibble, the justification of non-negotiable politics tends to taste something like this: There are some acts that are intrinsically evil. By “intrinsically evil” we mean that they are always wrong, under any circumstance, according to the very nature of the act. Someone who votes for a candidate who supports an intrinsically evil action is morally responsible for that vote. As Catholic Answers’ Very Serious Guide puts it:

These are the non-negotiables — intrinsically evil actions no one may support under any circumstances. Now I agree (apologies to all you hip-ass Catholic Reporter readers). There are acts that are always evil. Voting for people who support and promote acts that are always evil makes one indirectly responsible for the continued existence of those acts. But the perverse flip-side that has sprung into Catholic conscience is this: We tend to think that because it is not okay to vote in favor of an intrinsic evil it must be okay to vote in favor of non-intrinsic evil.

But this does not follow at all. For what is a non-intrinsically evil action? It is an action that is evil, but that, under other circumstances, may not be evil. Capital punishment is the typical example here. Pope John Paul II made it clear that execution is justified if the nation has no other way in which to protect its citizenry from the offender.

The USCCB makes this basic argument here, but in largely unhelpful terms. They tell us not to vote for a candidate who supports an intrinsic evil, and then admonish us that “a voter should not use a candidate’s opposition to an intrinsic evil to justify indifference or inattentiveness to other important moral issues involving human life and dignity.” (Faithful Citizenship, 34) This makes it clear that avoiding intrinsic evil does not a moral vote make, and that one must still justify his support of non-intrinsic evils — but what, exactly, constitutes “indifference or inattentiveness” to a candidate’s support of non-intrinsic moral issues? Voting for him anyways, just because he is good to go on avoiding the intrinsic ones?

This is the real problem of this non-negotiable stuff — it has stilted and stunted the American Catholic conscience, giving it the leeway to indulge an infantile reasoning wherein right political participation means nothing more than avoiding intrinsic evils — and we need not really think about immigration, death penalty, or the oppression of the poor. But if we are morally responsible when we vote for a candidate who supports an intrinsic evil, then we are morally responsible when we vote for a candidate who supports a non-intrinsic evil. Moral responsibility for our votes does not flow from the intrinsic/non-intrinsic evil of the acts and positions we vote for, such that you sin when you vote pro-abortion, but do not sin when, knowing it is unjust, you vote in favor of an unjust war. Moral responsibility for our votes flows from the act of voting as such. When we vote, we agree to be represented by a person, binding ourselves to his policies, such that, where he acts and decides, there we are likewise. We grant him the chance to speak on our behalf. When he promotes evil, intrinsic or non-intrinsic, we, who knew of his policies and voted for him, are in some way responsible — just as we are in some way responsible for any good that he promotes.

Catholics are walking away from pro-death penalty, anti-immigrant, anti-poor votes, patting themselves on the backs for not supporting intrinsic evils. But just because Catholic Answers have shown us — quite rightly — that we cannot vote in support of intrinsic evil, it does not follow that one has voted morally by doing so. What’s needed, it seems to me, is a return to holistic voting — but more on that next time.