It seems whenever we have a discussion about gay marriage (or gay-anything, really) a fairly obnoxious false dichotomy is assumed, that the evil, sodomizing, humanity-hating gays are fighting the bigoted, hate-filled, rabidly intolerant Christians. This need not be the case. For all the times this dichotomy has been perpetuated by Christians; I sincerely apologize. Though no words can heal the hurt caused by hatred and rejection, know that my daily prayers are with you. But it must also be realized that not everyone who rejects gay marriage as a viable reality is innately bigoted. Shortly after posting yesterday’s post I received this email, from a man who wishes to remain anonymous:

I just wanted to thank you for your tremendous courage in publishing this article. I am sure you will probably get a fair bit of abuse for doing so (in fact, I just looked at the facebook link to your article, and there are around 15 comments, all negative!)

I am a gay man, who would desperately love to have children (God has given me a great love for kids, which is why I’m a teacher), but I refuse to allow myself that privilege, because I firmly believe a child needs a biological mother and father raising them. My 14 years experience of working with children confirms your conclusions: kids need both biological parents raising them! Yes, obviously there have been exceptional circumstances where single or divorced parents produce fairly well adjusted kids, but that takes a great deal of hard work, something I don’t often see in parents of any kind.

My experience of the gay community also seems to agree with your conclusions. I can’t tell you how many times I’ve come across supposedly committed gay couples, where one or both the partners are messing around on the side. Its as you say, fidelity is not high on the agenda (again, obviously there are exceptions).

Thank you once again for your courage, we need more people like you in the world!

It need be no insult to individuals with same-sex attraction to reject the idea of gay marriage. Disagree with this rejection, by all means, and disagree as strongly and adamantly as you so desire. But let’s not pretend that we are fighting the fight for ‘our people’, or that any one just really-deep-down wishes the misery of another. Happy Gaudete Sunday everyone!

December 10, 2011
The Only Rule Christians Must Obey
Next Post

December 15, 2011 If the Infant Christ Was God, Why Couldn't He Speak?
Recent Comments
0 | Leave a Comment
"Cognitive Dissonance at its finest..."
Ash Taafe 3 Arguments Atheists Aren’t Allowed To ..."
"It's been EIGHT YEARS, John.Did you miss me that much? Do you need the Tree-hugging ..."
Vision_From_Afar Converting to Paganism
"The rainbow is the problem. One year we paint the world blue, and the next ..."
Chris Why Millennials Want to Change the ..."
"Random Internet Troll: "... I don't remember Jesus being quite so caustic."St Mark: "Woe unto ..."
John C Wright Converting to Paganism
Browse Our Archives
Follow Us! 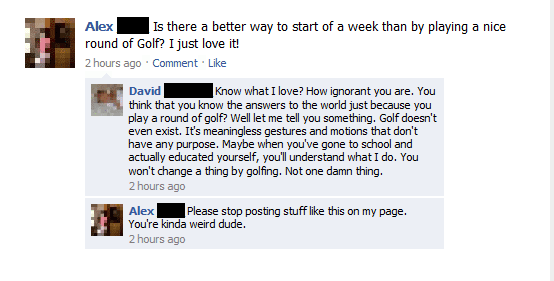 Catholic
Chesterton, Shaw, and the Effect of Laughter on...
Bad Catholic 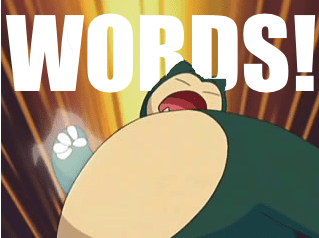 Catholic
4 Ways The Gay Marriage Debate Has Been...
Bad Catholic

Catholic
In Case You're Feeling Down and Depressed...
Bad Catholic
TRENDING AT PATHEOS Catholic