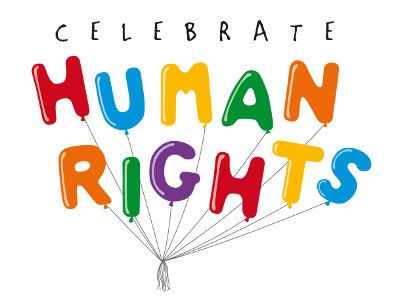 For all the warm feelings that squelch up into consciousness whenever we mention human rights (can you feel all 30 of them lodged in you chest?), and despite the festivity with which we annually gift the world with a New Universal Human Right (you just didn’t know you had it yet, morons) — the language of rights tends to make us miserable.

A friendship described in terms of rights is far from friendly. I could only consider myself as having “the right to be respected” and my friend as having the “duty to respect me” if respect is no longer my friend’s natural response to me.

There’s something wrong with rights: Their language is not the language of the person. The move from a value-responses to the “fulfilling of a right” always indicates a move away from the personal and towards the universal — from “this person” to “people in general.”  “Respect,” which was previously a real, embodied and unspoken fact within my friendship, becomes the obligation of any person to any other. My friend and I merely enact what is generally required. “Tenderness” which was previously the proper response to the perceived dignity of the beloved, is now considered as the requirement of any person within the same situation. Since both love-relationships and friendships are only ever related to this particular person — who, after all, would want “tenderness” as an instance of a universal ought — neither can tolerate the language of rights. 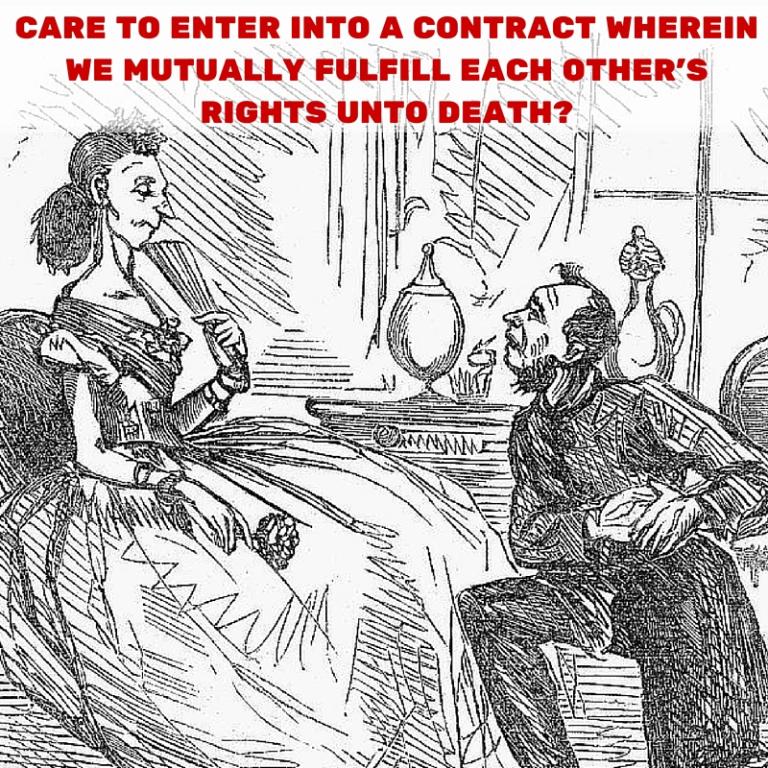 Jacques Maritain, in his work Man and the State, argues that there is no right of man “unless a certain order—which can be violated in fact—is inviolably required by what things are in their intelligible type or their essence, or by what the nature of man is, and is cut out for.” I want to push back a little bit: It is not simply that one ascertains the “rights of man” by a understanding his personal nature. It’s by contemplating a certain threat to or withdrawal from the actual experience of that personal nature that makes his value appear in terms of “rights” rather than — as in a natural friendship or love-relation — in terms of value.

Consider that perennial experience of the other human person: The mother’s experience of her unborn child. The mother does not “fulfill what is owed” to her unborn child. The protection, love, and care she gives do not “pay a debt.” Her love cannot be described in terms of “rights.” It is gratuitous, giving beyond what the other has a “right” to, neither “counting the cost,” nor carrying out an obligation, but loving her child because, well — “how beautiful the child.” The mother’s response to her unborn child is a natural, positive response of love to the value of the new life she carries — not a fulfillment of her new individual’s right to “Life, Liberty, and the Pursuit of Happiness.” 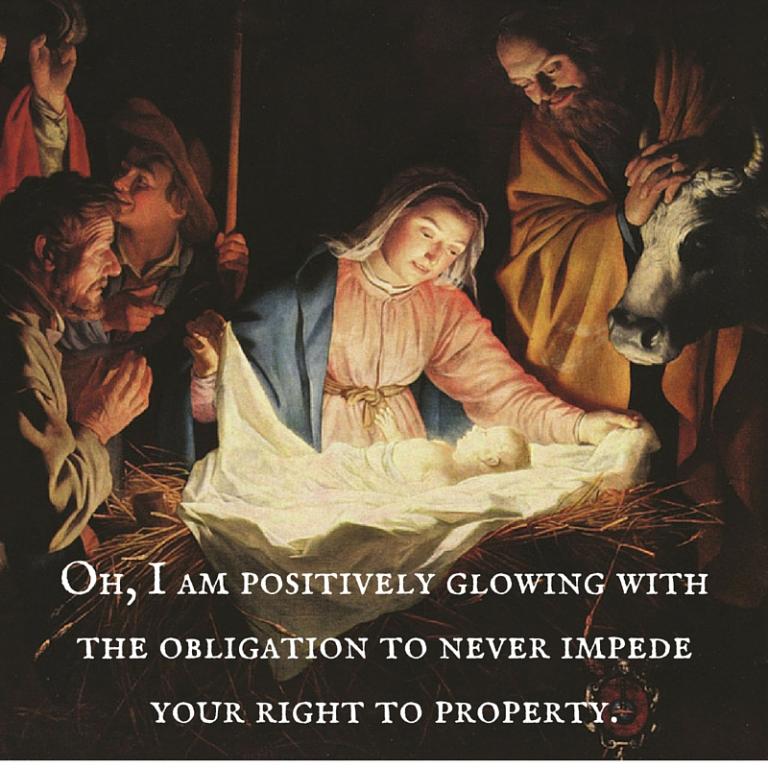 It is precisely when loving relationships break down that we begin to consider the other person in terms of rights. When we speak of the “right to life,” we are not responding to the felt value of a particular fetus with an upswell of protection, rather (and at best) we know the fact that the fetus has a value (a fact we can know without ever feeling the fetus to be valuable) and we fulfill our duty to protect the fetus on this rational basis — begrudgingly or otherwise.

In this new mode, “care” and “protection” are no longer phenomena of relationship — responses to the real, existential presence of a valuable person. “Care” and “protection” are now considered as a universal, ethical obligations. It is not the response of this mother to her child, but the ethical response of any person to any child. That we can enter into this mode is good, but to characterize it as the primary mode of well-ordered human relationships seems silly: For the mother to consider her children in terms of their “rights” already indicates the failure of a personal relationship which is not constructed in terms of rights, formal ethics, and universal norms, but in the real apprehension of value. The move to the language of rights always indicates the loss of a personal relationship based on the apprehension of value, or the move away from the personal to a consideration of “man in general.”

If all this is true, there is something problematic with the thought that our neighbors are to be loved, respected, tolerated, and accepted first and foremost on the basis of rights. It’s not that such a manner of “getting along” is false. It is that it is an emergency measure and a defense mechanism falsely taken as the natural, primary, and ideal manner of being-in-relation.

Americans, God bless us, are especially prone to take as primary what is in fact secondhand:

Our country is founded on the philosophies of several “contract theorists,” who hold that man enters into society and/or governance precisely on the basis of threat to and the breakdown of value-apprehending relationships. Hobbes declares life “a condition of Warre of every one against every one” in which “every man has a Right to every thing; even to one anothers body.” Rousseau spins a creation myth in which our natural state is one of radical individualism, in which “even the offspring was nothing to its mother, as soon as it could do without her,” making any subsequent human relations a violence against idyllic self-containment, putting the human person in an ontological state of threat — and thus only understandable in terms of rights. Locke eases up on this, allowing for a “state of nature” in which human relationships can exist, but even he, in accordance with the general, rationalizing movement of the Enlightenment, posits universally and rationally known Rights as the proper basis for human relationships over and above existentially and personally apprehended values.

When our Declaration of Independence, founded on these philosophies, declares men to be “endowed by their Creator with certain unalienable Rights,” I do not disagree — though it is misleading. God did not create man with rights. God created man with values. God did not create man as a being owed a series of fulfilling items or conditions. God created man in his own image, a He calls “very good,” and anyone who really apprehends this “very goodness” responds with love, respect, tolerance, and so forth. We only consider these values as “rights” and the appropriate value-responses as “duties” when we no longer apprehend and respond to the felt “very goodness” of this particular person, but begin to threaten or abuse these values, or to consider them as a quality of “man in general.”

Of course, this world is full of violent, racist and intolerant people — God bless them — who, in that age-old spirit of human viciousness, make no attempt to apprehend the value of their neighbors. (Hell, this world is full of me.) So we need the language of rights, precisely because we need a defense mechanism in a sinful world. But we need to use this language loosely, recognizing it as a provisional vocabulary that is only justified if it indicates a step on the way to a vocabulary of love, a love characterized by a tendency towards the saintly — to apprehending the value in each incarnate person we encounter, not as an instance of a universal, but as this person. A love, respect, tolerance and acceptance without this transcendence rots into a form of violence in which we indulge the illusion of “loving our neighbor” only by isolating ourselves from any real, incarnate apprehension of her particular value. We “get along” only by destroying the possibility of becoming friends. We tolerate each other only by destroying the possibility of falling in love.

This shallow comfort by which I believe “I’m a good person” because I respect the rights of the abstract individual leads to a society much like our own: We add rights upon rights (a new right for every new threat!) and defend our own nominal and legal rights (like the right to bear arms) with all the passion of defending a part of our very being. We preach the rationally ascertainable and universal norms of tolerance, equality, pluralism and the rest, all while ignoring the particular poor, fearing and hating the actually-encountered other-race, other-culture and other-religion, and settling into that apathy, so easy for Christians, of “being good” without practicing the corporal and spiritual works of mercy. It seems like a break with the world — and it’s getting about that time, ain’t it? — should include a re-ordering of our emphasis on rights.

December 22, 2015 Who Said It About Sexuality, Slavoj Žižek or Your Catholic Mom
Recent Comments
0 | Leave a Comment
"All political art is lame?"
George Arnold Ghosts With Erections
"I don’t know what bible your reading, but if you really think Jesus wanted his ..."
George In Defense of Covering Catholic Churches ..."
"1. Conflates a child's sense of wonder with religion.2. Untold thousands of children have been ..."
Lucius 3 Arguments Atheists Aren’t Allowed To ..."
"Brilliant and mind opener. You're hot! Jajaja"
agusq1970 Modesty Sets Fire
Browse Our Archives
Related posts from Bad Catholic