(Warning: May be entirely incomprehensible to those born before the 90’s.) I am currently and wonderfully immersed in the world of Avatar. And no, I am not referring to the oppressed-Pocahontas version:

Now, to justify the amount of time I don’t spend on my classwork, hear me out: We have a horrible habit of trivializing our nerdy, childhood fads — Pokemon, Digimon, Beyblade, Yu-Gi-Oh, X-Men, Justice League, Dragonball Z, or any one of the thousands of fantasy books blatantly ripping off Tolkien.

“It’s a waste of time,” or “It’ll be replaced by the next identical series to come out of Japan,” or “Who on God’s sweet earth is making money off this script?” are all valid 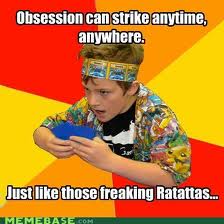 complaints muttered from the mouths of adults. But such trivialization denies the amount of involvement children put into these worlds. I distinctly remember the feeling of turning on Pokemon Red Version and trying for the hundredth time to defeat a gym leader, and it wasn’t a feeling of shallow entertainment. Obsession, healthy or otherwise, would be a more appropriate term. Complete absorption. Fascination. My little brothers know what I’m talking about.

These things are easy enough to brush off as ‘rotting the brain,’ but I can’t help but believe that whenever a child is fascinated by something, that something is usually orientated towards God. For whether the Kingdom of Heaven is an earthly or an eternal happiness, the little ones are closer to it. I hope you’ll forgive me for looking for great depths within the world of Pokemon, but I don’t think it far-fetched to believe that the common thread sewn through these fads is likewise wrapped around our hearts.

Anyone who claims a child longs to be wild, unconfined and free is lying to you. Children live for confinement. They live for rules, categories and lines drawn in the sand. A child doesn’t want a life uninhibited, he wants a structure. Think back to the fantastic games of youth — there lie the most dogmatic rituals known to man. It is true that the Latin Mass has a strictness to it, with well-defined motions and sternly enforced rules, but so does a game of hopscotch. And if some well-intentioned modern were to run towards the hopscotching child screaming, “I will liberate you! Forget the rules! Do whatever you like!” he would only have ruined the game. In fact, so innate is the heart’s cry for rules that, if there are none available, the child will make his own. He will step on every crack, he will hop on one leg, he will force himself to walk on the curb, and with all the solemnity of a priest about his ritual. Oddly enough, these self-restricting and dogmatic creatures are happy — it’s their liberated parents who have learned to groan in the morning.

Similarly, and more to the point, children are fascinated with the confinement of hierarchy. This is first of all mere fact for them. If all goes well, they are born into the hierarchy of the human family, with the terrifying strength of authority looming over them (parents), minor, non-authoritative strength standing next to them (siblings), and with certain established behaviors required in all of these unit’s interactions. Freud was wrong — they love it. They thrive within this hierarchy. In fact, if they are placed outside of the hierarchy of the family, they’ll only make their own — playing house, following their leaders, “I’m the boss, you’re my servant.” Remember those lists we used to make, those “who I like the most” lists? Children revel in the ordering of things. It is true that a Bishop exerts a spiritual authority over his flock, but no more than a child expects from a parent. But even more important to our purposes is how fond children are of categorizations:

They don’t want to hear about your struggles, doubts or fears. If you have been placed in the Dad category, you are invincible, end of story. If you’ve been placed in the Principal of the Elementary School category, you are feared (though not necessarily in a negative sense), no matter how nice you are or how modern your school. There are bad guys and the good guys, good dreams and bad dreams. There are big brothers and little sisters. Using epithets isn’t merely a literary technique, it is a childish technique. For the mind grasping to understand, the classroom is made up of the red-headed girl, the funny kid, the bully, and all the rest. Children see the world in black and white, if ever black and white shone with a resplendence that made every day worth living.

So. The world of Pokemon — and all similar universes — strikes the child’s heart. There is an ultimate categorization. Each creature to its power and a power to each creature. This isn’t just coolness for its own sake, this is cool because it fits. It fits the need children have to put everything into a category, to call it by name and to know its strength. It’s the same with the Avatar universe, with the powers of the earth being neatly divided into earth, wind, fire and air. Pokemon fits perfectly with the child’s conception of hierarchy:

Good, better, best. A hierarchy of strength, filled with precise behaviors required in all of these creatures’ interactions. Water beats fire, fire beats plant, and so on and thus forth. Everything categorized, a world of archetypes the child can immerse himself in. So why am I telling you this?

Things that delight the child — hierarchy, rule, ritual, archetype, and all the rest — are the very things springing up from the heart of the Church. She calls us stiffened adults to dive back into the fountain of perpetual youth, so that we might have joy, and have it to is fullest. It is a curious fact that human beings walk with their eyes cast backwards, longing for a second taste of innocence. Do other animals wish to be young and defenseless once again? I don’t know. But our souls cry out and our flesh pines that we might balance our way along the curb without that pitiable self-consciousness that adulthood brings. This is the mission of the Church — to affirm that we are all children, and to bring the world back to innocence. 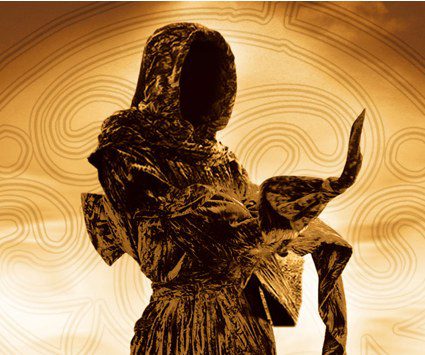 Think of the religious, the priests and bishops, the monks and nuns, the sisters and brothers. The world might see them as quaint, or even laughable. But I see them as Pokemon, as Airbenders and X-Men. Each an archetype, each categorized by an unique charism, an individual power. The Dominicans fight by the power of preaching, the Franciscans through poverty and the lightning strike of metanoia. The Sisters of Life promote the dignity of all human beings by with joy, while the Gregorians shatter heresy with earth-shaking chant. It’s a universe of powers and strengths, of organized passions, of types and breeds. It is the same with the Church’s hierarchy: The Bishop is only scorned because he is never seen for what he is — the guardian and the gatekeeper of an adventure. The wizard that trains and guides his apprentice is only a parish priest. 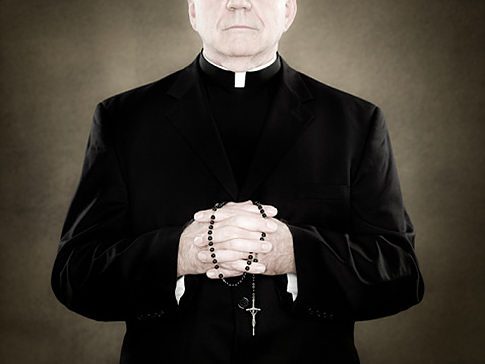 There is a delight in this order, the delight of stacking up blocks to make a building. There is a sense of peace granted by the Church, a peaceful fascination, a joyful obsession, the knowledge that life is both a game and a mission. This is the childishness the world has grown out of. I am not arguing that the Church is a lot like the Pokemon world. (Alright, I am.) But more than that: The natural cry of the human heart — as best shown in the desires of children — is answered by the life of the Church. In her sacraments (Power-ups), her catechesis (+HP), her sacramentals (Items), her abundance of spiritualities (fighting styles), her challenges (Bosses), in confession (restart at last saved point), and in her call to of us to win this race (game). I hold with all my heart that if ever a man wants to understand why the Catholic delights in the ritual and rule of his Church, he must first understand why children play Pokemon.