…and great timing for me, for I’m busy braving that inner circle of hell known as Tech Support for 1flesh.org, which is getting more hits than it can handle.

Should we stone abortion clinicians?

Abby Johnson, former Planned Parenthood director, launched a new ministry, And Then There Were None. Check out this logic:

Some “pro-lifers” have criticized this approach. Here’s one miss-the-point-pro-lifer:

“The pro-life movement was doing just fine before Abby Johnson left Planned Parenthood andwhile her efforts have been appreciable, I feel now that she has crossed a line into some kind of movement that has less to do with the ending of abortion and instead is some kind of carthartic excercise to humanize the very organization that has systematically dehumanized unborn children dating back more three quarters of a century.” 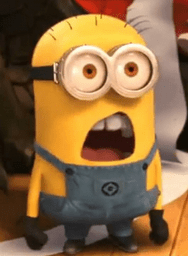 Doing just fine? I’ve never heard a pro-lifer describe the movement as dandy. But something deeper remains off kilter here. Let’s examine this absurdity that’s crushing where it should be relieving.

A complaint leveled against Johnson’s ministry: It makes it “too easy” for abortion workers to quit.  This is the old logic of a guy named Donatus, the father of “it’s too easy to repent.”

Who was he? The Christians were persecuted under Emperor Dicoclesian in 303 AD and Churches and Bibles were destroyed. Some were tortured or martyred, others caved and gave the Roman authorities Bibles, reported the location of other Christians, or even made offerings to pagan gods under pressure.

Enter Bishop Donatus. Annoyed that those who buckled remained in the Church, Donatus and his clan set up a new standard for what composes a serious Christian: Lapsed bishops and priests cannot even validly administer sacraments (e.g. baptism), so they said. Lucky for us, St. Augustine was waiting at the end of the century to throw down by appealing to Rome’s authority as a sure guide against the pick-and-choose-your-own-authority crowd. The Church went with Augustine; the Donatists were sent packing.

Why does this matter today? With 50 million+ abortions in our country, we are dealing with a generation of mothers and fathers who are post-abortion. It means your church, grocery store, and gym are filled with women who have had abortions – some unwillingly and others by choice. This post-abortion army is ripe for forgiveness and conversion (aren’t all Christians converts? Isn’t the Church a hospital for those who have the disease of sin?). They’ve already condemned themselves. They know pain. Our job is to introduce them to the guy who heals.

Abortion offends God – that’s called sin. Those who participate in it (directly or indirectly) are buying lies and become enslaved to sin. They are not free. So should we condemn them? Remember how Jesus spoke to Prostitutes? Though they were sinners, participating in sin, he wanted to set them free. He highlighted sin not to obsess over it, but that they might seek salvation. Jesus came to annihilate sin on the cross.

What if we had a ministry to save women out of prostitution? Pro-life Donatists would tell us it would be wrong, because we’d be making it “too easy” for them to leave. Jesus was the first guy to make an easy exit it out of sin, we’re just following the boss. If you can’t explain why people should leave sin and enter freedom, and help them do so (traditionally known as “evangelizing”), you have a different boss.

Abortionists have turned their backs on God, our job is to help them turn around. The Bible tells the story of a woman caught in adultery and she’s thrown to Jesus’ feet by those who planned to stone her. What did Jesus do? He had more right than any to condemn her because sin primarily offends Him. He did not say, “If I quickly forgive you, it will make it too easy for you to leave your life of sin.” Jesus is the way out, the only way out.

Jesus does say, “Come as you are,” but to the chagrin of relativists he does not say, “Go as you are.” Rather, “Go, and sin no more.” God is Truth. God is Love. Can we seek one without the other? And Then There Were None reveals truth (horror of abortion) through love (extending the presence of God). This mirrors Jesus’ words and actions. “Go” because he mercifully forgives her. “Sin no more” because sin is not okay and it takes virtue to strive in holiness. And since the contemporary Donatists don’t get the love and mercy portion, we must add, “No stoning please.”

Towards abortion doctors, nurses, and clinicians, we must couple our anger with sadness -like a father who learns his teenage daughter is sleeping around. Anger without sadness is not love. Sadness without anger is not love either. If we hate abortion but don’t love the mothers and abortionists, we won’t have converts because we’re not dishing out the gospel of Christ the only way it can be served: truth wrapped in love.

Another sinner once came to Jesus, knelt and wept. She washed his dirty feet with extremely
expensive perfume and her tears, and wiped his feet dry with her hair. She cried so becauses he recognized her sin offended God. But Judas (who witnessed the repentance) ridiculed her because he didn’t understand the way of Jesus, the way of conversion. Today’s Donatists canonly condemn the guilty. But they do not understand mercy, and that mercy is the completion and perfection of justice. They do not understand the way of Jesus. They can only side with Judas saying, “Well that was a waste of money.” Like this criticism leveled against Johnson, “Is the pulling away of more pro-life resources warranted for this kind of ministry?” They make Judas’error: repentance is unimportant with this kind of cash on the line.

Everyone needs reconciliation. Tough guys are victims too. Bullies, gang bangers, drug dealers, prostitutes, murderers – they are hurting and empty inside. They are enslaved to their desires.They need serious healing. We tend to overlook their need for redemption, and only wish swift justice upon them. Such desire for justice is good, but not at the expense of mercy. They too can be saved – look at Mary Magdalene or the good thief on the Cross or Saul or Augustine the playboy or Giles the Satanist or Vladimir the rapist and practitioner of human sacrifice – they all have one thing in common: Conversion. And now their names begin with 2 special letters: St. They became saints. That’s the power of the gospel for sinners – it makes them saints. Why the complaining? Why the qualifications? Don’t be a Donatist. Instead, hear the words of Jesus, “you will know the truth, and the truth will make you free.”

July 1, 2012 Why I'd Make a Bad Atheist
Recent Comments
0 | Leave a Comment
Browse Our Archives
Follow Us!

Catholics: They Are Not Coming Back...Unless...
Thin Places
Related posts from Bad Catholic