The Furious Prophecy of Titus Andronicus 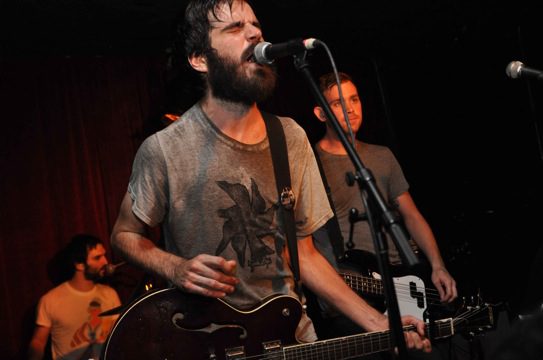 In my last two posts we established the following: Prophecy is the province of the honest. A prophet need not be a religious, a mystic or some visionary of the distant future, but may very well be the old woman at the grocery store who tells you the Honest Truth, that you’re beautiful, a miserable human being, or whatever the Honest Truth may be. For though the Old Testament prophets often foretold the future, they were just as likely to tell the Present:  “You are living in sin.” “Israel has abandoned God.” Prophets tell it like it is, for the simple reason that they speak for God, who see the world precisely as it is.

And so everyone hates them. No one in recorded history — from Moses to Jonah to Elijah — clamors for the role of prophet. We might be mildly amused at a man predicting the end of the world. We’ll start raging when he tells us that the world ending is of little importance, for we’ll certainly destroy our own worlds by our evil and stupidity — bumbling, crashing apocalypses that we are. A prophet’s message is appreciated by few, but when it all comes down to it, the Truth about the Present is exactly what we need to hear.

This is the problem with modern pop singers, not that they are lewd, banal, auto-tuned, or any of the rest: They are anti-prophets. Simply speaking, they do not tell the Truth about the Present. The basic Top 20 hit, for the past 10 years, has revolved around this single idea:

1) We will go to the club (synonymously speaking, we will get on the floor).
2) We will get drunk.
3) We will party all night and/or hook up with someone.
4) We will repeat this event tomorrow night.

On the Floor, I Gotta Feeling, Last Friday Night, Raise Your Glass, Till the World Ends, Dj Got Us Fallin’ In Love, Young, Wild and Free, Like a G6, Scream, Glad You Came — all these songs revolve around this singularily fascinating premise, best elucidated by the poetry of Nicki Minaj:

But f-ck who you want, and f-ck who you like
Dance our life, there’s no end in sight
Twinkle, twinkle, little star

Now everybody let me hear you say ray ray ray
Now spend all your money ’cause they pay pay pay
And if you’re a G, you a G,G,G!
My name is Onika, you can call me Nicki

Get on the floor, floor
Like it’s your last chance
If you want more, more
Then here I am.

Now the dogmatic moral principles of Ms. Minaj are not what I wish to discuss here. I wish to point out that the life 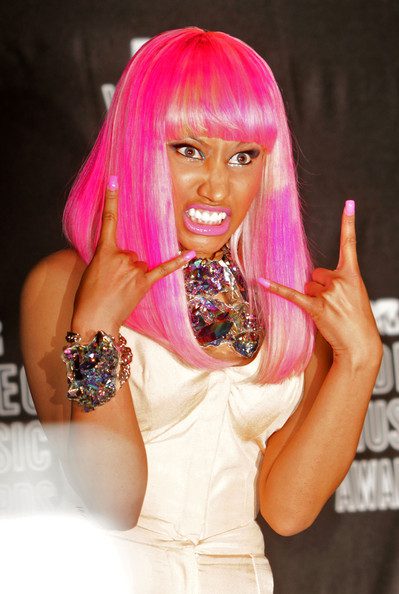 described by Onika, who I may call Nicki, is a life lived by no one. The pop songs lie. Of the tiny population who has enough money to obey the demands of these songs — to visit clubs nightly, drink and “dance all night” — I can only guess that the majority of them do not feel “young and wild and free” the next morning. Hangovers do not have that effect. Of that population of men and women who will obey Nicki Minaj and “f-ck who they want, f-ck who they like,” there exist few songs describing their future lives of crabs, abortions, and broken hearts. I assume this is because such topics are ill-suited to a background of “thwump, thwump, thwump, thwump.” The average pop song lies about the present — it lies about life itself.

This, I believe, is one of the reasons these songs are popular in the first place. No one wants to hear that actions have consequences, and it’s fun to nod your head with the idea that our primary purpose in life is clubbing. If prophecy is hated, anti-prophecy is mindlessly enjoyed.

Where then, is the truth about the Present? Where can the beautiful, striving, secular world experience the reality of prophecy? Here’s my opinion, if you like it you can take it, if you don’t, send it right back: In the songs of certain indie bands, rock, rap, folk or otherwise.

Indie bands, in their relative obscurity, have very little incentive to lie about the Present and thus make their songs mindlessly enjoyable. When absurd sums of money are cut out of the equation, the band remains a vehicle for the songwriter to express precisely what he or she sees as true. To be clear, indie bands have a unique advantage over pop musicians in that it is taken as a given that most people won’t like them, or bother listening to them, as most people didn’t like or bother to listening to the prophets.

I will use the group Titus Andronicus as my primary example. These men, a punk rock group from New Jersey, are by no means religious. If anything they’re Absurdists, and their songs offer precious little hope of redemption from meaninglessness. But they have moments, these shining lyrical moments, in which the Catholic listener can’t help but inhale and lean closer. We are given, for once, a seemingly honest look at what the modern world is busy declaring is the very stuff of happiness, in bitter, 14-minute, overdriven glory.

But to shiver and shake and make shit in their shorts
Because we have been told that if you’ve been assured
There’s a way to live the values your forefathers gave you
Prepare to be told “That shit’s gay, dude”

Well, I guess that what they say is true
That there is no race more human
No one throws it away like they do

Solidarity’s going to give a lot less than it’ll take
Is there a girl at this college who hasn’t been raped?
Is there a boy in this town that’s not exploding with hate?
Is there a human alive that can look themselves in the face

Without winking?
Or say what they mean without drinking?
Or believe in something without thinking, “What if somebody doesn’t approve?”
Is there a soul on this Earth that isn’t too frightened to move?

I think the wrong people got a hold of your brain
When it was nothing but a piece of putty
So now try as you may
But you will always be a tourist, little buddy

And half the time I open my mouth to speak
It’s to repeat something that I heard on TV
And I’ve destroyed everything that wouldn’t make me more like Bruce Springsteen
So I’m going back to New Jersey, I do believe they’ve had enough of me

So when I leave Boston, my tail is between my legs
After deep cups of patience have been drunk to the dregs
And now I’m heading west on 84 again
And I’m as much of an asshole as I’ve ever been

And so now when I drink, I’m going to drink to excess
And when I smoke, I will smoke gaping holes in my chest
And when I scream, I will scream until I’m gasping for breath
And when I get sick, I will stay sick for the rest

Of my days peddling hate out the back of a Chevy Express
Each one a fart in the face of your idea of success
And if this be thy will, then fucking pass me the cup
And I’m sorry, Dad, no, I’m not making this up

But my enemy, it’s your name on my lips as I go to sleep
And I know what little I’ve known of peace
Yes, I’ve done to you what you’ve done to me
And I’d be nothing without you, my darling, please don’t ever leave

It’s neither pretty, nor holy, nor — when we really get down to it — any sort of song to base your life on. It does, however, tell the Honest Truth about what life is like when all values have been rejected, and it is — from my own experience — an authentic depiction of young, modern angst. The furious prophecy of Titus Andronicus gives us a glimpse of Truth about the world, and we would do well to heed them.

August 12, 2012 So You Still Think Homosexuality Is Sinful?
Recent Comments
1 Comment | Leave a Comment
Browse Our Archives
get the latest from
Catholic
Sign up for our newsletter
POPULAR AT PATHEOS Catholic
1