How I Lost Faith In The Pro-life Movement: Rebuttal Up In Hurrrrr (Part 1) 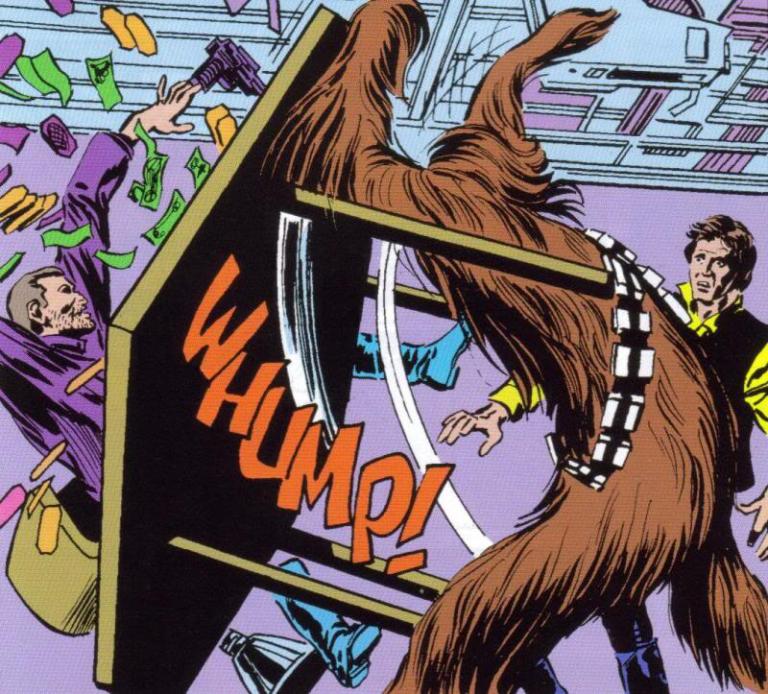 Libby Anne, author of the blog Love, Joy, and Feminism, recently wrote an excellent J’accuse, denouncing the pro-life movement for several mistakes that seem to contradict its own proclaimed goal — the end of abortion. I laud her for being willing to dive deeper into the evidence, and I hope she will continue to do so, for the degradation of scientific truth into a pre-ordained set of pithy slogans is a frustrating trait of both the “pro-choice” and the “pro-life” movements. Far better for a “movement” to be questioned and renounced than followed blindly.

Her claims, however, are false. I do not blame her for this, as Anne has been cunningly misled, but I do hope she will take the time to peel back but one more layer from her arguments. Truth requires a deeper look. Let’s have at it then, with the full understanding that rebutting claims is always a slower, stodgier task than making them, and that I speak as Anne speaks — as a layman.

In this section, I will respond to the claim that “banning abortion does not decrease abortion rates”.

She cites as evidence the following from the study “Induced abortion worldwide in 2008: levels and trends” published in The Lancet, a study currently — and frustratingly — unavailable:

Highly restrictive abortion laws are not associated with lower abortion rates. For example, the abortion rate is 29 per 1,000 women of childbearing age in Africa and 32 per 1,000 in Latin America—regions in which abortion is illegal under most circumstances in the majority of countries. The rate is 12 per 1,000 in Western Europe, where abortion is generally permitted on broad grounds.

Well let’s think about this. What, besides the fact that one has liberal abortion laws and the other does not, could possibly be 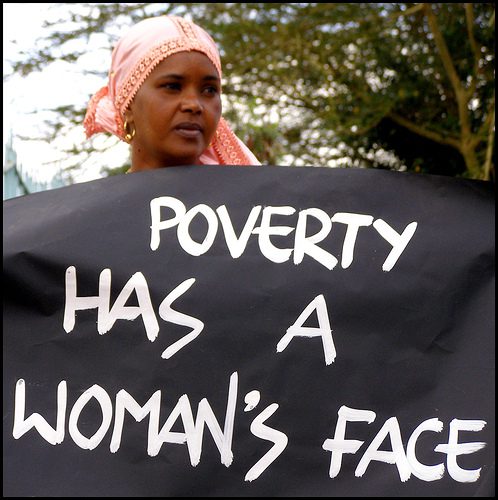 Try poverty. 18 of the 20 poorest countries in the world are in Africa. None are in Western Europe. Poverty is associated with a greater motivation to get an abortion. 73% of women who have undergone abortions cite “not being able to afford a child” as a primary reason for doing so.

This means that, if we want to understand the effects of abortion laws on abortion rates, we cannot look at countries with vastly different economic status. Since abortion is often motivated by poverty, it is not a fair comparison, especially considering the astronomical difference in economic status between places like Africa, Latin America, and Western Europe. We will instead have to look at the abortion rates in places of similar wealth, but with the same difference in abortion law. Make sense?

So let’s look at the American States. It’s not a worldwide look, and there are poorer states and richer states, but the difference between them is relatively small. The poverty rate (by household income) throughout the U.S. is no less than 5% and no greater than 20%, which allows us to make a fair comparison regarding the effect of abortion laws on these states (as opposed to the comparison made by the Lancet study, in which countries like Congo, with 75% of the population living on less than a dollar a day, are compared with countries like Germany, with 15.5% of households living below the national poverty line).

In general, states with laws restricting abortion tend to have lower abortion rates than states with liberal abortion laws. I looked at every state. I use the year 2007 in determining abortion rates, as there is a lag in reporting, and the National Abortion Rights Action League’s scorecard for how “pro-choice” a states laws are — the more lax their abortion laws, the better their grade. Here are some examples, limited to the states that received “A” or “F” grades for clarity:

In the same year, Washington had an abortion rate of 18.6 abortions per 1000 women. Washington receives an A+ for it’s liberal abortion laws from NARAL.

In the same year, California had an abortion rate of 14.9 per 1000 women. They recieve an A+ from NARAL.

In the same year, Oregon had an abortion rate of 14.7 abortions per 1000 women. They recieve an A from NARAL.

In the same year, New York had an abortion rate of 29.7 abortions per 1000 women. They receive an A- from NARAL.

In the same year, Hawaii had an abortion rate of 14.9 abortions per 1000 women. They receive an A from NARAL.

In the same year, New Jersey had an abortion rate 0f 15.9 abortions per 1000 women. They receive an A- from NARAL.

In 2007, North Dakota and South Dakota had abortion rates of 7.1 and 5.4, respectively. They both receive an F from NARAL.

In the same year, Connecticut had an abortion rate of 21 abortions per 1000 women. They receive an A from NARAL.

In the same year, New Mexico had an abortion rate of 16.1 abortions per 1000 women. They receive an A- from NARAL.

There are outliers, such as Pennsylvania, Texas, Virginia, and Montana, that have an “A” and an below-average abortion rate, or an “F” grade and a relatively high abortion rate.

In these states, however, the implementation of abortion laws could be seen as reducing previously higher abortion rates. For instance, Virginia’s abortion rate in 1992 was 24.6 abortions per 1000 women. At this time they had no ban on partial-birth abortion, no requirement for abortion providers to inform clients of their other options, Medicaid coverage for abortion, and no law requiring parental consent from minors undergoing abortion. As these laws were enacted, the abortion rate was reduced to 17.3 abortions per 1000 women — still high, but far lower than the abortion rate before such laws were implemented.

So why, we must ask, would educated people make a study comparing the abortion rates of countries of radically unequal wealth? Why, if poverty is a factor motivating abortion, was poverty ignored? Why does Anne suggest that if we want to be pro-life, we should look to less restrictive laws on abortion, not more? I wish, I wish, I wish I didn’t have to sound like a conspiracy theorist here, but the study has a strong motivation to ignore the truth and to lie to Anne’s face. 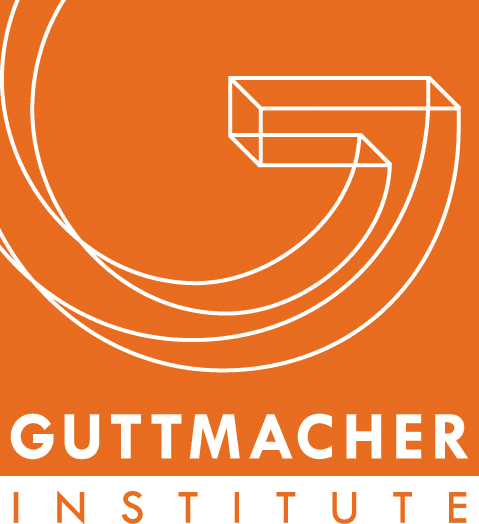 The Institute regards sexual and reproductive health as encompassing a wide range of people’s needs from adolescence onward. The Institute works to protect, expand and equalize universal access to information, services and rights that will enable women and men to avoid unplanned pregnancies; prevent and treat STIs, including HIV; exercise the right to choose safe, legal abortion…

The Institute works to promote abortion. They were founded and are funded by the largest abortion provider in the world, Planned Parenthood. Their existence and livelihood depends to a large extent on popular support for abortion, and our government funding (via Planned Parenthood).

With that aside, let’s get back to the point. It seems reasonable to claim that when economic factors are roughly equal, restrictions on abortion are associated with lower abortion rates. Is this always the case? No. Are laws the primary factor influencing abortion rates? No. In fact, I believe that as often as a law contributes to a woman choosing an alternative to abortion, the law results from general opposition to abortion. When economic factors are roughly equal, it is the ideology of the individuals within the state that truly determines the abortion rate.

The pro-life movement should focus primarily on influencing the culture, on creating a respect for life from the ground up, on providing alternative solutions for women in crisis pregnancies, on convincing others of the scientifically verified reality of the unique human life that is the embryo, and on instilling in the world a greater love for the child. These convictions should become laws in the democratic sense — a popular change of heart should blossom into a popular change of law.

So to summarize: Anne’s initial claim, that the pro-life movement is mistaken in its attempts to enact laws restricting and ultimately banning abortion, based as it is on a bad, inconclusive and illogical quote taken from a highly doubtful study, and countered as it is by our previous comparison of the abortion rates of economically equal states with more or less restrictions on abortion, is false. However, to say that this means that restricting laws directly lower abortion rates would be a jump, as it could be equally true that opposition to abortion within a given state creates those laws, and the subsequent low abortion rate. More research is needed. Anne does, intentionally or not, point out that legal action should not take primacy in the pro-life movement, and in this she is correct: Change the mind of the people, and let the people change their laws.

Please share this with those who have been reading Libby Anne’s excellently written work.

(Part two: “All banning abortion does is make abortion illegal – and unsafe.”)