Evolution is not, contrary to the Internet, an idea spontaneously generated from the cranium of Dear 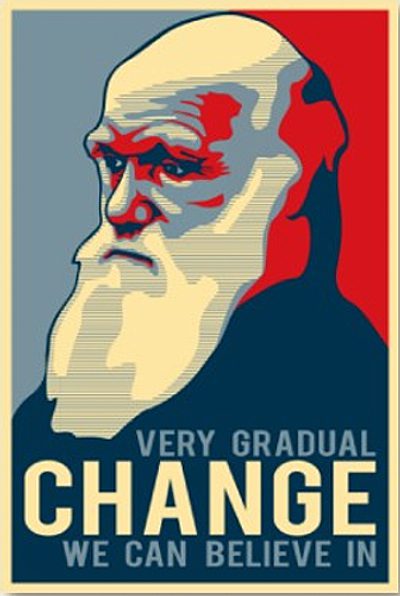 Darwin. It has existed since the Greeks, and was well phrased by Capital Kant, who stated: “an orang-outang or a chimpanzee may develop the organs which serve for walking, grasping objects, and speaking-in short, that lie may evolve the structure of man, with an organ for the use of reason, which shall gradually develop itself by social culture.”

The Christian who denies the reality of evolution in the biological world for the sake of making his God seem awesome is a fool, and needs to read up on efficient causes. The existence of intelligible, creative processes is no evidence against an Intelligent Creator. The darwinist who pretends there is no massive gap between no-life and the first irreducibly complex single-celled organisms is similarly foolish. But both of them miss a crucial point. If all life is solely the product of evolution, then man — his rationality, his capacity for language, and his appreciation of beauty — is a product of evolution. If man is merely the product of evolution, then we must confront the fact that he — with every meme prematurely ejaculating that “Darwin is the death of all this Creation nonsense!” — is judging the system of evolution like a god who has transcended it. In fact, this is precisely what he does.

The “survival of the fittest” only works if an animal by its nature wills to survive. Then the fitter it is, the more likely its survival. If animal has no will to live, it doesn’t matter if it randomly mutates a longer beak or a tommy-gun for an arm. The “will to live” is the great presupposition of Darwinism, and I think it a good one. It is self-evident in all animals — except the animal man.

Man is an animal who may at any moment give the finger to the “will to live” and make his exit from the universe. For every other being in the universe we may take for granted a natural will for continued existence, but for man, continued existence is a choice. We certainly favor continued life insofar as we naturally view life as a good and death as bad. But this makes the “will to live” an influence on us, not a determining factor, an influence that is — like most influences — easily overridden: Suicide is the 10th leading cause of death in the US. Man, insofar as he can willfully commit suicide, is not determined by evolution.

The poet Heinrich von Kleist, after studying and believing the philosophy of Immanuel Kant, which claims that man cannot ever truly know something, killed himself, writing: “I am going, since there is nothing left for me either to learn or gain in this life.” We are free to decide that life is not worth living.

This implies that man has a certain dominion over creation, for what is determined for all of nature is a choice for man.

Animal suicide does not, in a strict sense, exist. Aphids can kill themselves in response to a threat to their “herd”, 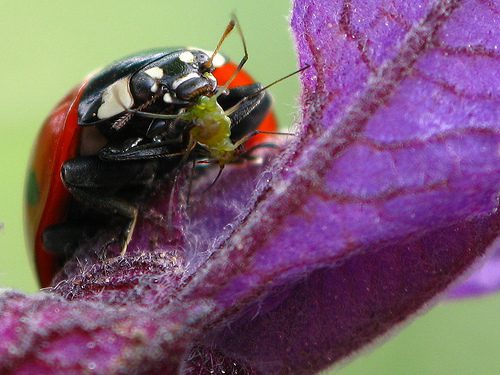 splattering their guts on a predator. Salmonella perform a similar activity in response to invading bacteria. Most other accounts of animal “suicide” are anecdotal and highly anthropomorphized, as when people argue that beached whales have lost the desire to live and have thus flung themselves upon the shore, or term a herd of sheep running off a cliff as a “mass suicide”. This has not stopped enthusiastic biologists — bless their hearts — from trying to argue that animal “suicide” and human suicide are the same. This article won the Unbelievably Insane Snippet of Scientism award for me, when it claimed:

“You begin to challenge the definition of suicide. The body and mind are so damaged by stress and so it leads to self destruction. It’s not necessarily even a choice,” Ramsden told Discovery News.

“It becomes reversed, in a sense,” said Ramsden. Animal and human suicides are no longer seen as willful acts but as responses to conditions.

The denial that suicide is a choice is absolutely necessary if we are to continue to hold the thesis that man is as he is solely because of a process of random mutation measured against a will to survive. Willful suicide and man-as-mere-product-of-evolution are incompatible. Thus darwinists go to lengths to make the suicide of man who has said that life is no longer worth living anything but man’s decision that life is not worth living.  Our article stated:

Pea aphids, for instance, when threatened by a lady bug can explode themselves, scattering and protecting their brethren and sometimes even killing the lady bug. They are literally tiny suicide bombers…

The big difference is that in modern humans that calculation can go wrong. There are some acts of suicide that do save lives. But most of the millions or so human suicides each year worldwide benefit no one…They are acts that perhaps used to serve a purpose in early human societies, he said, but have lost their function in the modern world.

The man who claims that suicide is not a free choice but a determined product of evolution must admit that human suicide as we experience it today is an absurdity. We are making a bizarre mistake, because some genetic mutation “informs” us that our death would benefit the herd. Never mind that there is no evidence. Never mind that even the earliest recorded human suicides were over the fact that “life was not worth living”. (Never mind that the argument made amounts to this: Based on the a priori that humans are subject to evolution in precisely the same manner as aphids, our experience of suicide as a choice cannot have any bearing on the reality of suicide. This can only be answered with a question: If our experience of reality has no necessary bearing on reality, why should we trust that your experience of the reality of evolution has any similar bearing on reality?)

If man is to be maintained as a determined product of evolution, suicide must be something that happens, not something done. But until this is actually established, and the human experience which judges all truth and falsehood is deemed faulty, man transcends evolution, looking upon it like a god.

December 18, 2012 In Defense of Silence Over Gunmen
Recent Comments
0 | Leave a Comment
Browse Our Archives
Follow Us!

Not a Gumball God - A...
Faith on the Couch
Related posts from Bad Catholic