In Defense of Silence Over Gunmen 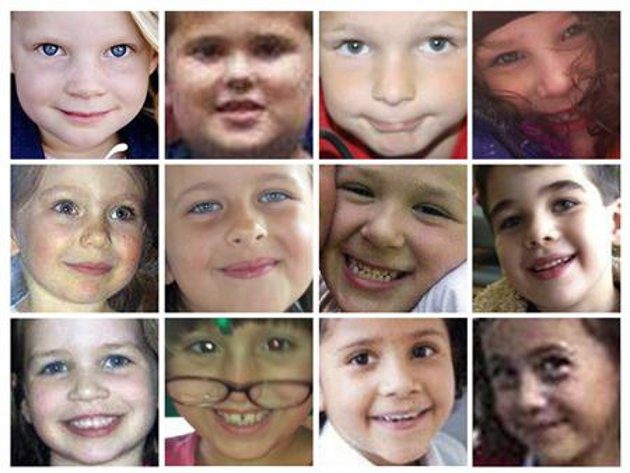 We live in a universe in which it is possible, and even probable, that innocents will be murdered. Our home is intolerable. We — inhabitants and products of this universe — cannot be satisfied with the universe, and are thus at odds with reality. We rebel in body and soul against our very mode of being, a mode made maddeningly clear to us in Newtown, Connecticut. We are beings-in-a-universe-where-children-die.

Our experience of the shooting expressed this. We were outraged, stunned, disbelieving, numbed, and grieved. We were all of us displaced, if only for a moment, cloaked in the terrifying thought that if this is reality, I want nothing to do with it. If this is my home, I’d rather be homeless. If this is the human experience, I respectfully return my ticket.

This mystery must be contemplated. But we are frightened — perhaps more than ever — to contemplate the strange fact that we are innately dissatisfied with reality. These are thoughts for Dostoyevsky, not for modern Americans. The whole goal of the American life is to surround ourselves with comfort so as to avoid the experience of suffering. We have a list of needs to fulfill. We need a job, wealth, health, drinks, a sex life, material possessions, a good church, a decent ideology, and — perhaps — a family. If we have our needs fulfilled, we’ll be at home in the universe. We’ll be happy. If we’re not, we can always enlarge the list. We can add spiritual wellbeing, sense of purpose, self-actualization, reputation or a strong sense of ethics.

The problem with the Newtown shooting is that it whispers behind all our successes that even now and forever-always, you cannot be satisfied with this world. You live in a death-infested sphere. Even if from this day forward all was comfort and peace, there is still blood on the ground that cannot be bleached. The absurdity of the universe, in that such a home promises that we can never be at home, naturally demands 1 of 3 responses.

1. Kill yourself. No matter what you do, you cannot be satisfied with a universe in which innocents are slaughtered. The logical conclusion is to take your exit from existence, to give the universe the finger and leave. But killing your self does not always require your physical death. You can destroy within yourself the natural human response to tragedy — to care — and harden your heart. Drink it away, smoke it away, throw yourself into pleasure or mindless work — find a way to degrade the self into a being that can be comfortable with the death of children. There are many ways to kill the self. The most common way is to formulate something of the following expression: “This is just the way it is. The cosmos sucks and there’s nothing more to say about. Move on.” This denies our experience of suffering — which screams for an answer and longs for resolution — and thus amounts to a methodical slaying of that part of the human person which demands an answer.

2. Live against the absurdity. Each and every day comprehend the fact that there is something you cannot possibly comprehend, a devastating truth no science can explain — that you are displaced in the universe — and accept it. Live in irony. The universe is absurd, there is no explaining why a product of the universe rebels his very mode of being-in-the-universe, determining the only way he knows of existence as an unsatisfactory form of existence. So make your own meaning. Live and oppose the universe for no other reason than that you cannot possibly accept it. Work tirelessly to end the slaughter of innocents, knowing that you’ll fail.

Similarly, the man who contemplates the fact that the universe is intolerable contains within himself the capacity to declare that the universe is not, in fact, his ultimate home. He may look at the absurdity and declare that, since the human person is innately dissatisfied with the universe, the human person cannot be merely a product of the universe. Because he — not-merely-a-product-of-the-universe — has no way of getting out of the universe, he affirms with Robert Frost “a doubt / Whether ’tis in us to arise with day / And save ourselves unaided.” He is in need of a savior, and may in faith affirm that that savior must be a being who transcends the universe — God.

He’ll work tirelessly to end the slaughter of innocents, not because he believes he’ll succeed, but because he has taken upon himself the duty of faith, to live as someone in the world, but not of the world, belonging instead to a world in which such evil has no sway. Of course, the leap is the most difficult action of all.

But we are busy running from these three options, because our immediate response to tragedy has been to talk. I understand that there is a need to talk. The experience of evil leaves a sickening void, and man and nature abhor a vacuum, especially one so terrible. So we discuss. We analyze. We have a “national conversation”. We talk about why this is the result of God not being allowed in public schools (whatever the hell that means). We talk about about gun control. We talk about gun rights. Over at the Friendly Atheist — and I do appreciate the writing there, don’t get me wrong — we’ve had a steady stream of why religious explanations of the Newtown shooting fail, why reckoning with tragedy does not require faith, pleas to stop using the word evil in our discussion, as the idea of evil is a product of religion, and on and on. We religious talk about the will of God for comfort, as if evil — the absence of good — possibly be the will of God who is Goodness. I fear that talk has become — in this great Media Age — our primary method of avoiding action.  I know it is mine. We spew our  “thoughts” onto Facebook statuses as if we have drunk the cup of evil to its dregs and come up with an 140 character response. We have made the darkest absurdity to ever trample the human race a launching pad for political debate, our most pathetic absurdity. We are using death as an opportunity to bitch at others, not intentionally, but because the alternative — silence — is terrifying.

Silence is the only state of being in which man can contemplate mystery. Only in silence does man have the quality of simply being, neither projecting himself onto others, nor caring about his public image, nor trafficking in abstract expressions, nor removing himself to the political sphere, the God-debate sphere, or the attention-seeking sphere. Only in silence is man present to himself as a being-in-the-universe, for it is the state of receptivity. Only in silence does man refrain from shunting the reality of the Newtown shootings to some sphere in which he can deal with it. In silence, man cannot “deal” with the Newton shootings, and thus he must face the absurdity and make his choice: To kill himself, live against the absurdity, or to make the leap of faith.

Keep silence for the dead then. Pray for their souls, which requires not a word. Make a decision. The conversations should happen, but not at the expense of confrontation with reality. I apologize for all the tragedies which I have refused to contemplate, in favor of joining a “national conversation”.