“I’m With Them”: the Female Paradox of Praying at Planned Parenthood

“I’m With Them”: the Female Paradox of Praying at Planned Parenthood February 12, 2013 Marc

A guest post for the upcoming 40 Days for Life campaign.

It was the March for Life Weekend, 2012. I called my dad to hear a familiar voice and was talking with him about snow conditions on the ski trails back home as I rounded the corner from K Street to 16th and saw the scene outside Planned Parenthood. A mass of people stood outside the clinic, some of them in heavy winter coats, some of them in religious habits, and some of them wearing the brightly colored vests of a Planned Parenthood escort.

I have not always been pro-life. In fact, I had been to Planned Parenthood many times before, though not to pray in front of it. The grace of God and the patience of some exceptional Catholics brought me back to full communion with the Catholic Church after almost 10 years away. What I felt as I walked up to the clinic that morning with this new conviction still fusing itself onto my heart was what I imagine the prodigal son must have felt as he drew near his home…before he realized his dad was happy to see him. 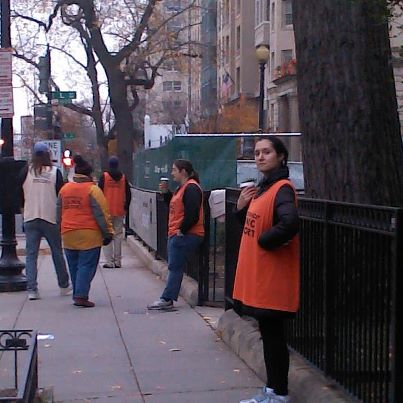 As I drew near the clinic, a young woman wearing a bright escort vest approached me.

She smiled at me. I smiled at her. With an outstretched hand and true empathy in her voice, she said, “I’m so sorry about these protestors, can I walk you inside?”

I stopped, looked her in the eye and said: “Thank you. But I’m with them.”

She looked bewildered as I fell in line among the ‘protestors’, fished a rosary from my pocket with a trembling hand, and
began to pray.here could have been many reasons for her confusion. But, I’ll venture a guess that the most glaring one was that she did not understand how a woman like me – young, seemingly normal and not dressed in a medieval religious habit – could possibly be pro-life, and actively so. I remembered having the same kind of confusion.

A common refrain from pro-choice advocates against the pro-life movement is that those who are pro-life simply do not understand the earth-shattering reality of an unplanned pregnancy. In order to speak about abortion, one must have some experiential knowledge of the tragedy or at least the potential for the experience. Without this understanding you are automatically disqualified from the conversation.

With this line of reasoning, men who pray in front of these clinics are easy to dismiss. Their Y chromosome renders them incapable of understanding the hopelessness of an unplanned pregnancy. Therefore, their opinions on the subject do not matter and their presence outside the clinic is laughable at best and insulting at worst.

But women? Women should know better. Women are supposed to understand the truly complicated and heart wrenching sets of 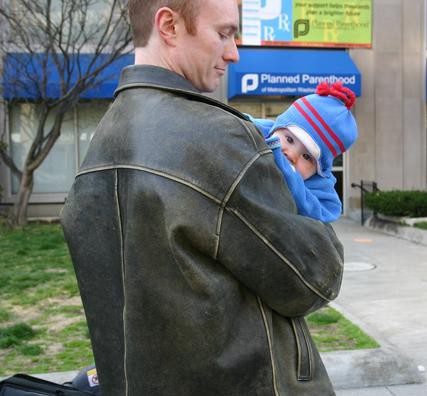 circumstances that would cause one of our sisters to darken an abortion clinic’s door.

A truly compassionate woman, says the pro-choice sympathizer, must see that abortion, while perhaps regrettable, is the only way to level a playing field that is rigged against women. At the very least, she certainly would never dream to tell another woman what to do with her body. How could any self-respecting woman, especially one of a specific age and demographic, be anything but pro-choice? How could any woman not understand?

I know now that these arguments are not only among the “greatest hits” talking points from pro-choice advocates; they are also lies, every one of them. And no lie can stand forever. The truth is that there are women out there who do understand the reality of an unplanned pregnancy,

and still pray for an end to abortion.

So, the confusion on the face of my volunteer friend on that January morning makes sense. My open opposition to her carefully crafted worldview exposed, if only for a moment, the tragic lie by which she lived. The same lie that I had by lived most of my life.

My presence in front of that clinic was a troubling paradox to her, and so is the presence of every young woman who bows her head to pray in front of these dark places.adies, I urge you to stand outside of these clinics and pray. The upcoming 40 Days for Life campaign is a perfect opportunity to do so. Your presence invites each woman – each mother – who walks into that clinic to reexamine her certainty that anyone in her position, anyone who truly understands her, would make the same choice that she is about to make.

Your prayers to end abortion, no matter where you are or when you pray, are crucial and no doubt will move mountains and save lives. But your presence will stir the hearts of the living.

It will not be easy, it will not be pleasant, but it will show the world and, more importantly, each of our sisters who walk in and out of those doors – and they are our sisters – that someone does understand. And with that understanding, we stand with Life.

Sara Suchy is a journalist/web-producer for HealthCentral and frequently writes for the Apostolate.

February 11, 2013
A Reflection on the Abdication of Pope Benedict XVI
Next Post

February 19, 2013 The Catholic Church Young People Actually Want
Recent Comments
0 | Leave a Comment
""You know, it's not Christian to assume I am a bimbo just because God created ..."
Makishima Women Swiftly Running Out Of Things ..."
""...it can come on handy when I need a favor." "Women hate me for this. ..."
Makishima Women Swiftly Running Out Of Things ..."
"There would be fewer Muslims if they were not afraid for their lives to convert ..."
Maria Combe A Pagan Prophecy
"I know one excellent company which could make perfect ecommerce website strategy, which has proven ..."
Marry Jane On Catholic Design
Browse Our Archives
get the latest from
Catholic
Sign up for our newsletter
POPULAR AT PATHEOS Catholic
1