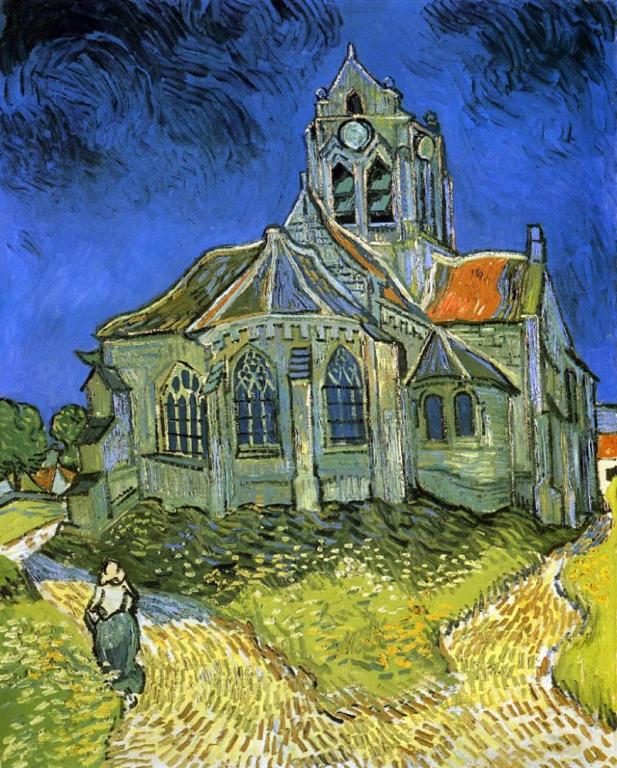 The eternal can be well worn, but never worn out. It is always experienced as an over-abundance, an aching paradox between the more-than-can-be-imagined and the never-enough. The eternal cannot be grasped, contained, or experienced at one time, and so Van Goghs are gazed at again and again, the act of sex tends toward a sex life, and I cannot outgrow Bach’s Cello Suites — I hear more of them in every hearing. Eternity demands repetition, a ritual of again-and-again played out by those seeking it. It seems to follow that if you are looking for Eternity, look where you find ritual. Ritual is repetition that seeks Eternity in the thing repeated.

Consider music. When a song containing a brushstroke of infinity is repeated over the course of a human life, it is neither used up nor worn out; when a song devoid of infinite yearning is repeated, it nauseates. Most pop music — despite making so much money and filling the silence in so many malls — crumbles under the divine test of repetition. The evidence of this is parody, parody like this:

Parody is the coffin in which finite fads and fashions are buried alive. Parody is the expression of nausea over the repetition of a limited, finite thing. The humor of parody is twofold. On the one hand, it is absurd, and the fantastic fact of goat yelling in a Taylor Swift song is funny in itself. But there is a deeper pleasure present: The pleasure we take in watching things die.

The pleasure of Taylor Swift being interrupted by goats is that it frees us from having to listen to ‘Trouble’ ever again. We won’t hear it without the goats. Parody signifies that the culture has sucked a song dry, used it up and drained it of substance, put it through the test of repetition and found it wanting. ‘Call Me Maybe’ did not survive its parodies, and to listen to it now is to listen to the rattling of an empty husk. If there is any justice in the world, Dubstep will be dead within a year, unable to bear the weight of this final, death-toll of a repetition:

(In the third grade, when I mocked the kids I didn’t like, I repeated exactly what they said in a voice that expressed the nausea I felt about them saying it. Parody-as-murder applies to music, movies, politics, cliched ideological slogans, fashion, fad and just about anything else that passes like chaff. (The reason articles from The Onion are so freaking funny is because they slaughter the cultural and political cliches we’re sick to death of. (Pope To Ease Up on Jesus Talk remains one of my all time favorites.))

So I say the following with a vague, presumptuous feeling of authority: The sign of a fundamentally nauseated artistic culture is this: The time between creation and parody will be so reduced that the song has barely been released before the middle-schoolers have replaced its lyrics with fart jokes, and the nation has heard multiple overdubbed, GarageBand rewrites mocking its existence, and ideological organizations are already clinging desperately to its popularity, making their own versions in a hokey-horrifying attempt to sell an idea or a worldview that cannot exist apart from crappy, opportunistic packaging. A sick artistic culture will produce heaps and heaps of material, not because it is so good that people clamor for it, but because it is so terribly finite that we devour it, pass it through our aesthetic rectums and demand more, unnourished. The sign of a dead artistic culture is this: We’ll actually seek and experience the parody before the creation, or, perhaps worse, we’ll no longer tell one from the other.

Now good, true, beautiful things, blazing as they do in the infinite, are nearly impossible to mock. There are few parodies of Bach. It is difficult to ridicule polyphony by repeating it in a nauseated tone of voice. It’s hard to even imagine a joke version of the Brothers Karamazov, and it is a testament to the new wave of folk musician’s flirtation with the Eternal that no one bothers to try and make parodies of The Avett Brothers, The Head and the Heart, Mumford & Sons, or The Civil Wars. Imagine the waste it would be to try to make a parody out of a Caravaggio! 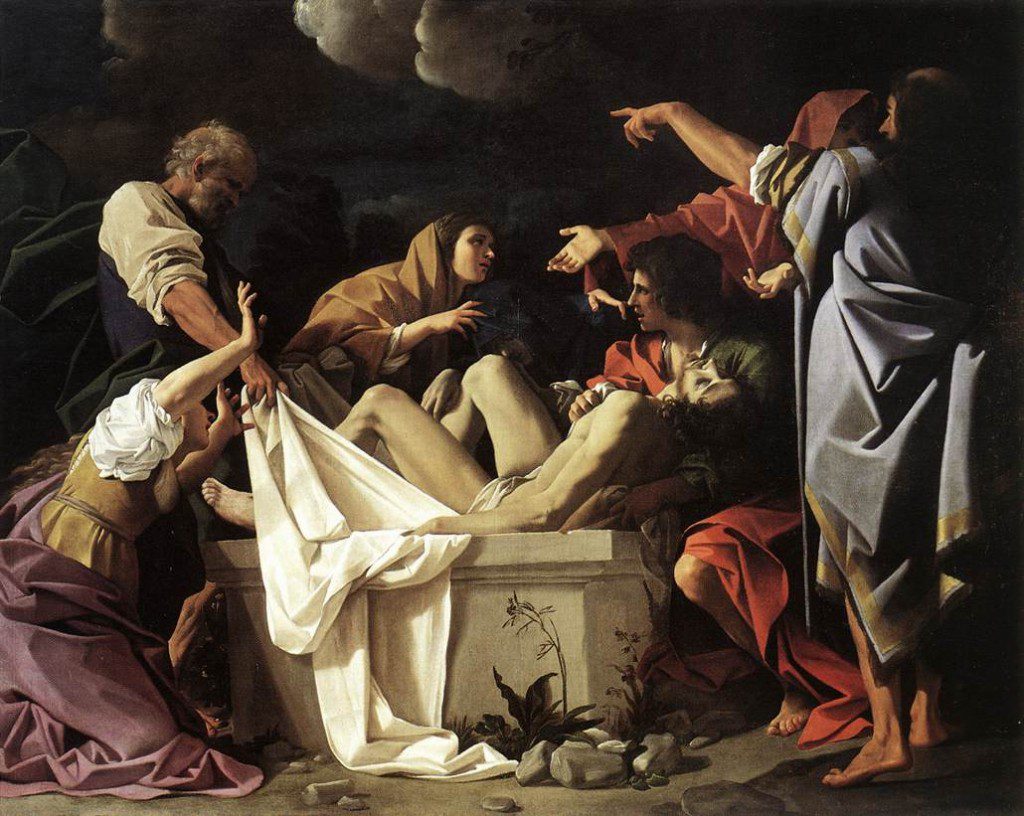 This is not to say that it’d be impossible to parody something beautiful, but beautiful things will always outlast their parodies. In the end it is the parodies that die like snakes devouring themselves, and the eternal-tinged that remains, more or less popular throughout the ages, but always repeated, engraved by ritual into the very character of humanity.

Which brings me to the Catholic Church. Were I not Catholic, I would nevertheless find it probable that the Church is the primary institution wrestling with the Eternal.

Ritual is repetition that seeks eternity in the thing repeated, and the Church overflows with the stuff. I genuflect every time I enter a Catholic Church, because no number of genuflections could fully satisfy the desire I have to honor the presence of Christ in the Holy Eucharist. I dip my finger in the holy water and stripe myself with the sign of the cross, because no amount of baptismal water could ever be enough to allow me to fully grasp the ever-depth of what it means to be an adopted son of God. The priest chants his Dominus vobiscum and I my et cum spiritu tuo, and we’ll be chanting it nunc et semper, in saecula saeculorum because no number of repetitions will allow me to comprehend the mystery of Christ truly present in his apostle, the priest. The feasts, the fasts, the holy days of obligations — the Calendar is enshrined repetition, the embrace of an everlasting life, which we cannot conceive of living once and for all, a life we can only live again and again. (This may only mean something to a few, but have it nonetheless: Nietzsche’s demand for an Eternal Return is fulfilled in the Liturgical Calendar.)

The Church survives her parodies. She calls them heresies and dances forward. She is unchanging, not because she is stuck in the mud, but because the mud cannot stick to her. I know that the incense will rise, the bells will ring, the people will bow, and I will consume the Body and Blood of Christ again and again, not to attain Eternity — how can I in the shadowlands? — but to pant after Eternity, to become Eternity, to dive into the Evermore, to sink my hands and teeth and heart into the Almighty God, tearing Him from Heaven into myself, by the grace that He does the same to me, again and again, until the veil of finitude is in tatters and I see Him — Goodness, Truth and Beauty Himself — face to ever-eager face.

March 12, 2013
On not being allowed to watch the Conclave
Next Post

April 2, 2013 The Difficulty With Engaging Gay Marriage
Recent Comments
0 | Leave a Comment
"Great quality content man, I am really impressed with this one. Thanks for sharing this ..."
diksha gupta Culturally Catholic, Baby.
""You know, it's not Christian to assume I am a bimbo just because God created ..."
Makishima Women Swiftly Running Out Of Things ..."
""...it can come on handy when I need a favor." "Women hate me for this. ..."
Makishima Women Swiftly Running Out Of Things ..."
"There would be fewer Muslims if they were not afraid for their lives to convert ..."
Maria Combe A Pagan Prophecy
Browse Our Archives
get the latest from
Catholic
Sign up for our newsletter
POPULAR AT PATHEOS Catholic
1