Why The Catholic Priesthood Is Composed of Dudes

This might be the greatest video ever to happen to the Catholic Church. If I had tried to stick my tongue out at the kids who think a female priest isn’t a contradiction in terms, I wouldn’t have been able to muster up the genius required to make a thing quite so demeaning to the cause.

Love it or hate it, the Catholic Church is the largest unified religion in the world. She claims 1/6 of humanity as her children. Her teachings have endured and rebelled against entropy for 2000 years. She, through her development of the university, the scientific method, and through the writings of her Saints, is responsible for the philosophical and religious tradition on which Western Civilization is founded, which she draws from to make claims. I mention this because (a) it makes me absurdly proud and (b) because I need people to understand me when I say the following:

If, in the course of human events, a cringe-inducing karaoke of an already over-played pop song is your primary response to the philosophical tradition of the Holy Catholic Church, you’ve negated yourself long, long before you’ve been rebutted.

Now, I understand why there’s a cry for the female priesthood. After all, a quick glance at things seems to indicate 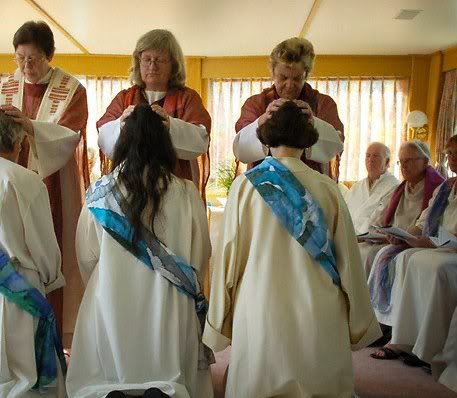 an apparent injustice, for women are equal in dignity to men, far more capable, far better-looking, and yet cannot be priests. But quick glances are misleading, and reality always requires us to peel away our preconceived notions and expose ourselves to the truth, however painful.

What follows is my explanation of why, precisely, the Catholic priesthood is a male priesthood. I speak without expertise, but as a pupil. Allow my defense to be C.S. Lewis’, that “the fellow-pupil can help more than the master because he knows less. The difficulty we want him to explain is one he has recently met. The expert met it so long ago that he has forgotten.”

A Brief and Certainly Not Extensive Defense of the Male Priesthood With References to Scripture and Sacred Tradition and Pop Music Wait Not That One.

In salvation history, one thing is obvious: God wants to marry the Church. He constantly expresses himself as a bridegroom coming for his bride, as a lover leaping the hills to be with us — moronic sinners — forever and ever: “As a young man marries a young woman, so will your Builder marry you; as a bridegroom rejoices over his bride, so will your God rejoice over you.” (Isaiah 62:5) 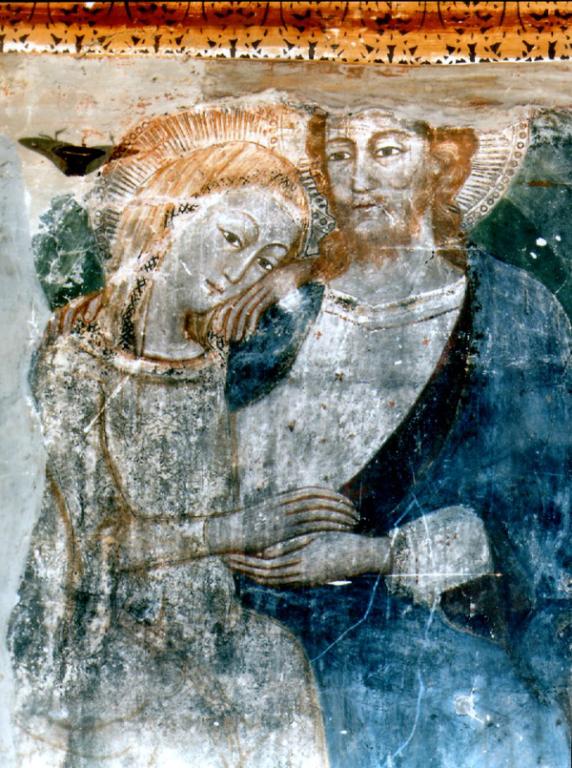 God’s people, the Jewish people, are his bride: “Go and proclaim in the hearing of Jerusalem: “This is what the LORD says: “‘I remember the devotion of your youth, how as a bride you loved me and followed me through the wilderness, through a land not sown.” (Jeremiah 2:2)

Now it is the teaching of the Gospel, and thus the teaching of the Catholic Church, that the bridegroom the Jewish people awaited, and thus the bridegroom we all await, is Jesus Christ. We ache to be taken up into eternity, to experience the fullness of truth, beauty, and life, and it is Christ who, becoming man, takes us by the hand and says, “How beautiful you are, my darling! Oh, how beautiful! Your eyes are doves.”

This is obvious in Scripture. Jesus Christ refers to himself as the bridegroom:

Then John’s disciples came and asked him, “How is it that we and the Pharisees fast often,but your disciples do not fast?” Jesus answered, “How can the guests of the bridegroom mourn while he is with them? The time will come when the bridegroom will be taken from them; then they will fast. (Matthew 9:14)

This is the prophecy of John the Baptist, who responds to those indignant that Jesus Christ was baptizing:

A person can receive only what is given them from heaven. You yourselves can testify that I said, ‘I am not the Messiah but am sent ahead of him.’ The bride belongs to the bridegroom. The friend who attends the bridegroom waits and listens for him, and is full of joy when he hears the bridegroom’s voice. That joy is mine, and it is now complete. He must become greater; I must become less. (John 3:27)

And just to make the whole thing painstakingly obvious, the very last book of the Bible — the glorious trip-fest that is Revelation — ends the whole story of the universe by describing Heaven. And what is Heaven? Heaven is a wedding feast between the Lamb of God — Jesus Christ — and the New Jerusalem — The Church. “I saw the Holy City, the new Jerusalem, coming down out of heaven from God, prepared as a bride beautifully dressed for her husband.” (Revelation 21:1-3)

Now besides immersing us with the hope that our longing hearts will find fulfillment when time and space disintegrate and we face eternity, the fact that the story of the Cosmos is a wedding proposal effectively renders contradictory the idea of a female Catholic priesthood.

For according to the Catholic Church (and if those wanting female priests want female Catholic priests, this certainly matters), the priest exists in persona Christi, that is, in the role of Christ to his Church. As the encyclical Ad Catholici Sacerdotii points out:

The priest, as is said with good reason, is indeed “another Christ”; for, in some way, he is himself a continuation of Christ. “As the Father hath sent Me, I also send you,” is spoken to the priest, and hence the priest, like Christ, continues to give “glory to God in the highest and on earth peace to men of good will.”

“As the Father hath sent Me, I also send you.” (John 20:21) Christ speaks this to his apostles, who are to become the first priests. If we doubt that Christ was speaking specifically about the priesthood, and not just about the general call for all people to go out and preach the good news, we must read the next part:

And with that he breathed on them and said, “Receive the Holy Spirit. If you forgive anyone’s sins, their sins are forgiven; if you do not forgive them, they are not forgiven.” (John 20:22)

Your average Christian does not have the power to go to his brother, his girlfriend, or the man he met on the street and forgive his sins. It follows that this power given — for it was given — was given to a very special group of people. The Church calls them priests.

How did the Father “send” Christ? We’ve already established that he was sent as the divine bridegroom. Thus the priests, sent as Christ, are also sent as the bridegroom. The priest is a man, as Christ was a man, as a bridegroom is always a man. These realities are neither accidents nor bigotries, but the consistent expression of God’s will for His Holy Church. To have a female priest is less akin to the entirely true statement that “women are as good as men” and far more akin to the statement that “women have penises”. The role of bridegroom is not something that can be separated from maleness, just as the role of bride cannot be separated from femaleness, and thus the priest — insofar as he participates in the very role of the Divine Bridegroom, Jesus Christ — must be male. 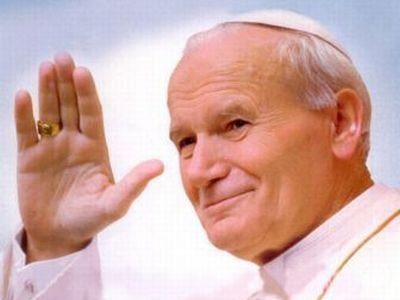 This is why Blessed Pope John Paul II ended the argument in 1994 with his encyclical Ordinato Sacerdotalis, which declared with all the authority of the Church:

“I declare that the Church has no authority whatsoever to confer priestly ordination on women and that this judgment is to be definitively held by all the Church’s faithful.”

So there you have it, and I hope it made sense. The further we stray from the idea that man and woman have meaning, the more consistently Catholics will have to defend this doctrine, which is based on the beautiful reality of God’s love for all of us. But the argument is over, and no number of well-intentioned YouTube appeals will change the fact, so in bitterness or joy, let us all have a drink to the Catholic priesthood.

January 1, 2013
The disgrace of papal blessing for Ugandan homophobia
Next Post