When I modify the word “Catholic” with some preceding description — be it traditional Catholic, liberal Catholic, or faithful Catholic — I do a disservice to the Catholic Church. Perhaps there are times when a concise modification is good, true, and beautiful, but on the off-chance that you — like me — are doing your Catholicism wrong, have a reason to quit your modifying: It’s usually a reaction which unintentionally gives credence to the thing reacted against.

I used to call myself a conservative Catholic, because there’s only so many times a man can hear Nancy Pelosi say that her “Catholic faith” urges her to support abortion before he’s flipping tables, setting himself on fire, and otherwise striving to make a distinction between what Pelosi understands of the Catholic faith and what he knows it to be. Similarly, I am often tempted to call myself a liberal Catholic in reaction to those who frame Catholicism as a branch of the Republican party, a defender of capitalism, the death penalty, nuclear bombs, and traditional American values (which, one assumes, does not include lynching Catholics.)

But labels that express one half of an established dichotomy grant their opposite an equal validity. By claiming myself “conservative,” I am not saying that pulling a Pelosi and ignoring the teaching of the Church is wrong. I’m saying it’s liberal. Publicly supporting the murder of the unborn becomes an expression of liberal Catholicism, when in reality, it is an eloquent expression of not being Catholic at all.

So too with the proud label of “liberal Catholic.” By claiming it, we carve a ghetto within the Catholic Faith, baptizing those who are quite simply not being Catholic in regards to war or Just Wage as conservative Catholics, thus granting their heresies equal validity. Declaring yourself as a liberal Catholic allows the conservative Catholic to exist — quite comfortably — as your opposite, and thus the Church ceases to bring offense to the world, for it has slipped into the dichotomy of American politics, in which the infinitely passionate declarations of “right” and “wrong” are replaced with “sides.” 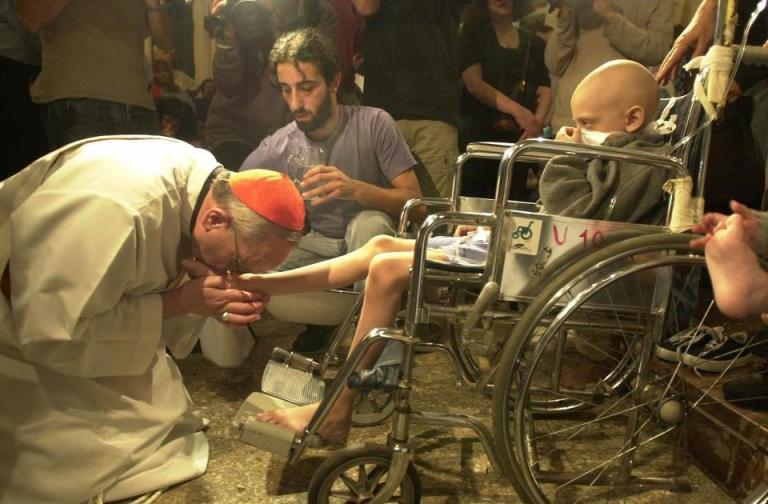 conservatism, claiming — with their founder, Jesus Christ — that there is one faith, a faith that frustrates everyone as Pope Francis frustrates everyone, simultaneously declaring a love for the poor, an intolerance of unjust economic schemes, and an opposition to the objectification of children within gay marriage and IVF. Far better than giving the world an opportunity to subsume you into a political label is to be Catholic. Then, when Pelosi begins posing, you have — as a Catholic, not as a conservative Catholic — the opportunity to explain that Catholicism, naked without shame and preceding adjectives, is a faith lived insofar as we “believe and profess all that the holy Catholic Church teaches, believes and proclaims to be revealed by God,” and that — shock and terror — the Catholic Church has written these revelations down in the finalized language of authority, so we can all check up on whether or not support for abortion is Catholic, successfully ignoring the liberal/conservative dichotomy that makes this country stupid.

Now, the modifiers “faithful” and “orthodox” that hang like mullets behind the word “Catholic” are useful when attempting to distinguish for the press — who cannot fathom that Church doctrine is not determined by American opinion polls — the difference between a woman who goes to church and the woman who hasn’t seen the inside of a church since she burnt her bra in the pew; to explain to them that a person may claim the title “Catholic” and simultaneously have nothing to do with the Catholic Church. But as a personal modifier of Catholicism, such words are stupid. You relinquish your claim on “faithful Catholic” the moment you watch porn. You are unorthodox at the precise moment you snap at your children. “Faithful” can scarcely be upheld as a modifier until you’re dead, buried, and canonized. “Trying to be faithful,” maybe, but again, attaching this modifier to Catholicism undermines the fact that striving for faithfulness is implied in simply being Catholic, lending itself to the false idea that there are other types of Catholic to be. 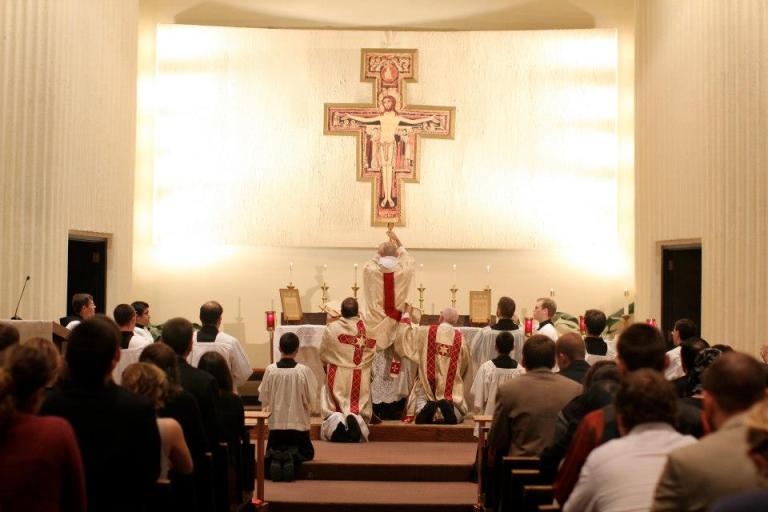 Secondly, such gleefully accepted labeling has precisely the same effect as the liberal/conservative dichotomy. By giving up on being Catholic qua Catholic and expressing ourselves as such in favor of an easy, you-know-what-I-mean-by-traditional route, we allow its opposite label to be just that — another label and another option.

This phenomenon achieves a heightened expression at the Franciscan University of Steubenville, in which there is a sharp, and often painstakingly expressed distinction between traditional Catholics and charismatic Catholics. Such a distinction actually works directly against the intentions of so-called traditional Catholics, for by insistence upon its label, they make the actions of so-called charismatic Catholics simply the actions of an equally possible label.

Thus, even though The Sacred Congregation Of Rites instructs that, if secular instruments are to be used in the liturgy, “they are to be played with such seriousness, and religious devotion that every suggestion of raucous secular music is avoided, and the devotion of the faithful is fostered,” and even though the General Instruction for the Roman Missal clearly states that “sacred silence also, as part of the celebration, is to be observed at the designated times” and that “the main place should be given, all things being equal, to Gregorian chant, as being proper to the Roman Liturgy,” these rules are often ignored. Why? Because instead of being expressed as fundamentally, authoritatively, and timelessly Catholic, these instructions are couched in the language of “traditional” Catholicism, as a rallying cry of a particular faction that can be easily ignored precisely as a faction. Which is, of course, ridiculous. It’s not “traditional” to follow the GIRM. It’s Catholic.

It occurs to me that any limiting modification on the word Catholic is a contradiction in terms. Catholic means universal. If saying I am a traditional universal means I am not a charismatic universal, I’ve negated the term universal, in which there can be no factions, or else it wouldn’t be, you know, universal. Labeling the word universal is a little like quantifying infinity into multiple parts: “You take the first half of infinity, I’ll take the second.” It doesn’t work, and worse than that, it cleverly avoids the discussion of what it means to be “Catholic, nuff said.”

The constructive killing of labels in no way promotes a homogeneity about the faith. Catholicism blossoms in a explosion of expressions, in a plethora of spiritualities, a multitude of philosophical languages — whether thomist, personalist, phenomenological, or existentialist — and a cornucopia of devotions, prayers, forms, rites, and rituals. The Catholic faith is true, but because this truth is universal — expressing the reality of the entire Cosmos and every man’s place in it — assent to the Catholic faith is a leap of the entire, subjective person into reality itself. Catholicism cannot be homogenous any more than you and your neighbor can be homogenous, for God’s love calls you and your neighbor to Catholicism in your infinite uniqueness.

Killing your labels will not homogenize the Church, but valuing them over Catholicism will, for labels are limitations upon the Universal Faith. I fear the urge to label Catholicism bubbles from our doubt that Catholicism really is enough, the universal This, all things visible and invisible, to which not a word can be added. But be not afraid: God has given us the Catholic Church, and the Catholic Church is enough.

April 15, 2013
Why the Church Would be so Ridiculous as to Oppose IVF
Next Post