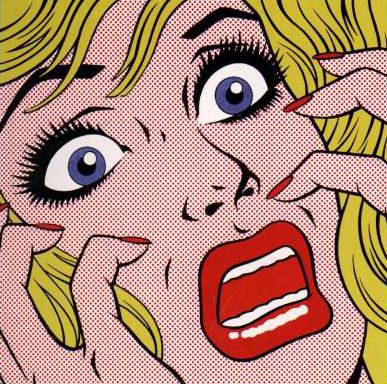 Her critique comes from being righteously pissed over an evangelical culture which has guys saying they want a “pure” girl without defining their terms. She discusses “sex-ed” classes which liken women who have had sex before marriage to chewed up pieces of gum no one wants. Allow me to murder my way through her thesis: “Purity” is a vague, repressive expectation imposed on women by men, a unique method of controlling female sexuality, with the grand result that women feel like crap for failing to live up to the fresh and sealed quality of unopened candy.

Girls and women, if no one has ever told you this before, or if you just have trouble believing it: you are good, you are whole, you are yours. You do not exist to please men, and your value as a human being is not contingent upon your sexual capital. “Purity” is a lie.

Guess what? She’s right, and damn right. Purity as such is a lie. But this only follows if “purity” is defined as our wanna-be-Christian culture defines it, which is essentially not having sex until you’re married. This cannot be the definition. Not having sex until your married, taken in itself, is simply an absence of sex. As an absence, “purity” cannot be something “good,” for something must be in order for it to be good. To give you a visual example, check this out:

Exactly. I can’t represent the absence of sex because it is — by definition — non-existent. When a Catholic weeps at the feet of the Blessed Virgin Mary, and in earnest whispers the Memorare, begging the intercession of the “Virgin of virgins,” could we honestly say his hyperdulia springs forth from an intuition of the absence of sex in the Virgin Mary, and that what we laud as praiseworthy in the Blessed Mother is a lack?

No, purity-as-absence is a lie, and God bless and keep and flood with abundant grace Lindy West for saying it. I can’t help but think of the classic G.K. Chesterton essay — and forgive me if you’ve read it before — which describes an intuition of the virtues as existing things:

Virtue is not the absence of vices or the avoidance of moral dangers; virtue is a vivid and separate thing, like pain or a particular smell. Mercy does not mean not being cruel, or sparing people revenge or punishment; it means a plain and positive thing like the sun, which one has either seen or not seen. Chastity does not mean abstention from sexual wrong; it means something flaming, like Joan of Arc.

What we’re after is something flaming with the fire of its own being, but what we’re offered is the glorification of an empty space  The true definition is actually, if accidentally, defined by West when she affirms for all women that “you are whole” and “you are yours.”

Chastity means the successful integration of sexuality within the person and thus the inner unity of man in his bodily and spiritual being. Sexuality, in which man’s belonging to the bodily and biological world is expressed, becomes personal and truly human when it is integrated into the relationship of one person to another, in the complete and lifelong mutual gift of a man and a woman.

Through the Church we begin to hear the crackle of the fire drown the echo of the empty room. Chastity is the successful integration of sexuality within the person which expresses our belonging to the body, involving the whole person. It is not just not having sex before marriage. The chaste person is simply the person living his or her sexuality authentically, as the self he or she truly is. To be chaste is to be precisely who you are, to freely choose sexual authenticity as part of your entire, infinitely valuable, person.

Any other definition of chastity is centered around an absence, and as such has no soul. “Chastity is not having sex before marriage.” “Chastity is not showing too much skin.” These things may be fruits of being chaste, but there is no way in hell that they are chastity in itself. Chastity that stops — or starts, for that matter — at “not dressing like a slut” is incomplete, for it has no basis. If it did, there would have to be an objective definition for “dressing like a slut” — a basis by which all dressing could be judged. There isn’t.

If chastity is an absence, then what West says is on the money: “Men can’t actually care whether or not women are “pure,” because there is no way for “purity” to be verified. It’s just not a real thing, and chasing some phantom virtue for your entire life is a great way to ensure that you waste your goddamn life.”

But in reality, chastity is the integration of sexuality into the whole of the person, an honesty about the person. Thus the Catechism — a text everyone should read, even if it’s on the progressive list of Banned Books — says:

The chaste person maintains the integrity of the powers of life and love placed in him. This integrity ensures the unity of the person; it is opposed to any behavior that would impair it. It tolerates neither a double life nor duplicity. (CCC 2238)

Chastity is free of duplicity because in practicing it, who a man is — a being for whom sexuality is a wonderful part, but not a whole — is not distorted by dishonest actions, like posing for a body-wash commercial that reduces the whole man to a lathered set of abs. The true absence, the true lack, is in unchastity, evidenced by the fact that it’s just chastity with an un. Unchastity is dishonesty about who you are. The reason the Church says its “unchaste” to have a multitude of sexual partners or to display yourself as sexually-arousing profile picture is not because she’s “slut-shaming” her children, but because she understands that such behavior is a reduction of the intricate, infinite, terrifying subjectivity of a unique human self into a single, poorly-represented characteristic.

There is only one way to be chaste, for every human has but one self to be. There are an infinite number of ways to be unchaste, for there are an infinite number of ways to avoid being the self one is, or, as Kierkegaard would have it, to live in despair. If I am addicted to pornography, I am not being my true self, for pornography is my master, whereas my true self is free. If I live a life going through an endless supply of sexual partners to cover up the unspeakable pain of being molested, raped, or abused, I am not being my true self, nor is my sexuality integrated into my whole person. Rather, I am acting out of the very absence of my true self, acting out of pain, of brokenness, as a reaction to evil. If I am having sex with another because “she’d leave me otherwise,” I am not being my true self, I am acting on behalf of another, out of a feeling of necessity. Take, for instance, the issue we discussed earlier, the issue of dress.

Here’s what often gets missed. I am also a sexual self. To say I am only sexual — which is the definition of sexual objectification — is a dishonesty, and thus unchastity. But to say I am not sexual at all is similarly a dishonesty. 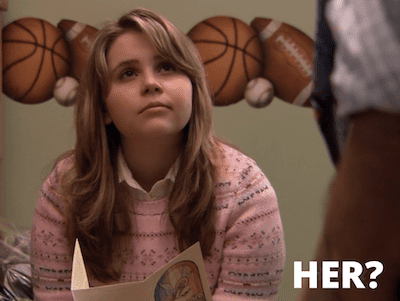 Now, to be sexual is not to feel sexual. The fact that I am a sexual being is the result of the simple biological fact that I am male, and thus I contain within myself the incredible potentiality for the creation of new life; for the bonding of man to woman. Wherever I am, whatever I am doing, I do so as a male, as one with a male sexuality and male sex organs. Thus the Church’s call for me to integrate my sexuality into my entire person means that it would likewise be a sin against chastity to dress in a manner which denies my sexual nature. It is not chaste for me to wear a burka. It is not chaste for women to dress in a manner that utterly represses her sexual characteristics, as if curves and skin are not a real, physical manifestation of the human person. This is part of the misunderstanding modern feminism is rightly pitted against. It is a trend within certain parts of the Christian community for girls to wear shapeless, ankle-length skirts and similar shirts. If this is an effort to express chastity, it misses what the Church asks of us, to aim for a successful, honest integration of our sexuality into the totality of the human person, for being holy and being our true selves are the exact same thing.

So when West says, “You can tell something is bullshit if all of the justifications for it are bullshit,” I am genuinely curious whether she would call bullshit on a justification for chastity which expresses it as a way in which we are truly ourselves, in which I must, by my own free will, integrate my sexuality into my entire human person. This implies, of course, that there is a person I am meant to be, and when I say “I don’t feel like myself,” “I’m just being myself,” or “be true to your self,” I’m not just flailing words around — there really is a self I am meant to be, an existence in which — if I choose to live it — I am totally fulfilled, an existence I strive for and do not arbitrarily determine, as in “I determine that my true self is an axe murderer, so I’m off to be true to my self.” No.

Chastity, the Church says, “is a long and exacting work. One can never consider it acquired once and for all. It presupposes a renewed effort at all stages of life.” Chastity is something you do every day, as being yourself is something you do — with immense difficulty — every day. It’s reward is authenticity.

May 12, 2013 Is the "Purity Culture" Sexist?
Recent Comments
1 Comment | Leave a Comment
"I don’t know what bible your reading, but if you really think Jesus wanted his ..."
George In Defense of Covering Catholic Churches ..."
"1. Conflates a child's sense of wonder with religion.2. Untold thousands of children have been ..."
Lucius 3 Arguments Atheists Aren’t Allowed To ..."
"Brilliant and mind opener. You're hot! Jajaja"
agusq1970 Modesty Sets Fire
"Great quality content man, I am really impressed with this one. Thanks for sharing this ..."
diksha gupta Culturally Catholic, Baby.
Browse Our Archives
Related posts from Bad Catholic