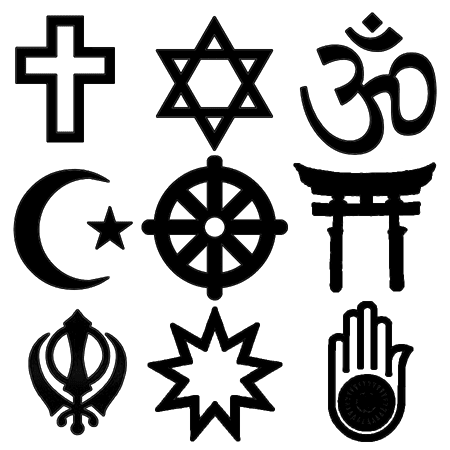 I received a message asking, amongst other things:

What if Islam is true? What if Buddhism is true? Atheism? How can you be so sure of your Catholicism when there are thousands of religions and world-views you have not even encountered?

I am thankful in the extreme that the question seeks the source of my surety and certainty in the Church, and not my factual reasons for being a Catholic. If the latter was emphasized, I would have to give up from the onset, the answer too big for the question. But this demand that I explain my indecent bravado in the face of a million different world-views, this I can meet, with an answer appropriately portioned to Internet appetites.

If a man is so foolish in the ways of this world as to fall in love with a woman, it is not out of a comparative sampling of all other women. If he calls her beautiful, his confidence in her beauty does not spring from her relative position to others. Rather, his decision to value the girl, to orient his life towards her, to believe in her, to bet his life on her — all this springs forth from a delight in the fact of her existence. Love exists outside of the category of comparison, where the truth and worth of a thing are validated by its reference to the truth and the worth of other things. Love’s object is the beloved in herself.

This is not to say comparisons are impossible, only that the heart of love is an encounter with a particular person, and particular people are precisely that — particular, unique, dissimilar, loved for being themselves — not for being like or unlike another. That a comparatively more beautiful, gracious, and stunning person might exist some where “out there” is hardly considered, not out of some factual certainty such a person does not exist, but because it is precisely the particular beauty and graciousness of the particular beloved that is of interest.

This is the failure of the phrase “there are other fish in the sea.” It makes sense to the platitude-preacher. He has a cool, objective view of his neighbor’s heartbreak. But for the man in love, the fact that his love’s loss has made apparent the “other fish in the sea” is the very pain of it. He has exited the category of love and entered the category of comparison. The one for him has become one amongst others. We’ll leave Romeo to whine about it at proper pitch and passion.

I understand that this may wring as wishy — or worse, washy — to Christians and atheists alike, reminiscent more of Bob Marley’s “Love is My Religion” than any manifesto all faith-defending and “ass-kicking for Jesus’ sake.” We may be more inclined to say, “I am Catholic over any other religion because, first and foremost, I have found Catholicism to be true.” I do not disagree, but I do wish to deepen. For our knowledge of truth is preceded by a love for truth. Truth is experienced as the fulfillment of desire. Knowledge is a satisfaction of what is prior, namely, a desire for knowledge. Only because we our born reaching do we ever find. To say that “I am Catholic because I have found Catholicism to be true” is to say that Catholicism fulfills and further inspires a longing and a desire, what we would call eros.

This is not, perhaps, a satisfying answer to the question. It doesn’t make my religion true. It is, however, an explanation of why neither I nor the Catholics I know are bitten at night by the various forms of Shintoism we have no knowledge of, the more resplendent forms of atheism we have not yet taken a crack at understanding, or any of an infinite list of other possible belief systems. Sure, we doubt. We question it all to pieces and try to build it up again in hopeless schemas and systems we end wishing we could burn up like straw. But we don’t feel the need to verify our faith against all others. From some grand, objective view of things, perhaps Catholicism is a belief system, one amongst many, to be chosen by a careful evaluation of its “system” relative to others. From the inside, from the alternatively clouded and radiant and always awful task of actually being the thing, we are in love.

February 10, 2014 To My Readers in Europe
Recent Comments
4 Comments | Leave a Comment
Browse Our Archives
Follow Us!