The Difference Between a Hashtag and a Hail Mary 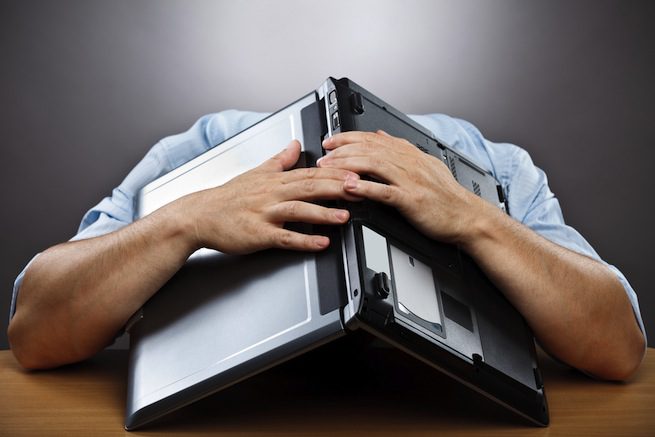 We are more aware of evil than any generation before us. We receive news-stories of illnesses we’ve never heard of breaking out in countries whose names we cannot pronounce. We are updated — between cat-videos — with terrorist bombings, genocides, hurricanes, shootings, and rapes. We are daily informed of suffering we cannot relieve.

Though the mode of the Internet tends to level tragedies into objects of interest — nestling images of the crucifixion of Christians in Syria alongside instagrammed nachos, each with the possibility of being “liked” — nevertheless we know that we cannot perceive these atrocities neutrally. The abduction of Nigerian girls, the child-slavery of Joseph Kony in Uganda — these are injustices. These are unspeakable atrocities. To know about them is to become, in some way, responsible to them.

This is an easy enough principle to apply to, say, Nazi Germany. We condemned the citizens who knew of the concentration camps outside of their towns and did nothing. Here it is clear: Knowledge of injustice comes with the responsibility to administer justice. It is less clear when the “concentration camps” are sex slavery rings in Saudi Arabia, our “town” is in Virginia, and our knowledge comes from NPR. Are we still responsible for the evils we perceive from a distance, and if so, how do we respond to what we cannot immediately, tangibly alter?

Now for the Christian, the answer is obvious: Prayer and fasting. The world is big, the distances are far, but God is one, and we all live in him. Thus there is no suffering we cannot respond to, no personal strife we cannot intercede for, no foreign war we cannot petition for peace. When Syria got bad, Pope Francis called for a day of prayer and fasting. We in America, otherwise estranged from immediate, effective action towards Syrian peace, participated. This was our response, our real engagement in an atrocity we would otherwise only look at from the sideline of communications media.

But in a post-Christian society, and more generally, a post-prayer society, the answer to our increasing awareness of atrocity is becoming, more and more, the Twitter campaign. To overcome our impotence in the face of injustice and suffering, we tweet, share, or more generally, talk about it.

Consider Kony2012. We perceived a moral evil — the actions of Joseph Kony, child-slaver. We felt a responsibility — that he should be stopped. To effect this end, we raised awareness. We talked about him. We made him a celebrity. The idea was simple — if we created enough buzz, someone — maybe the U.N., maybe the U.S., maybe the Ugandan government — would stop him. 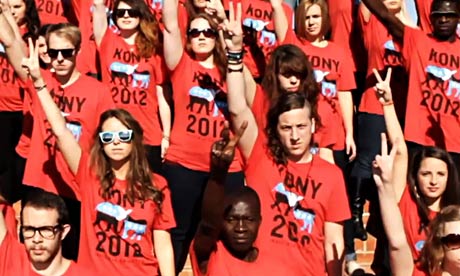 This, of course, is a good example of the fundamental myth involved in raising awareness. Awareness is not action. No matter how much “awareness” exists, it does not become magically mutate into action by virtue of being present in the minds a million. Awareness may inspire action, sure, but this is no guarantee — especially not in an age increasingly comfortable with being merely “aware.”

What are we to make of these “campaigns”? What are we to call it when those who cannot or will not act directly and immediately against a perceived moral evil nevertheless create a “movement” against it with t-shirts, bumpers stickers, memes, and millions of dollars? Of course it is not all bad — these movements raise money and donate it to other people who can act. These movements may touch the heart of someone who is willing to sacrifice more than his Facebook status. But it is not all good, either. “Awareness” can sidetrack the energy and passion which serves as necessary propellant for action. “Talking about” Joseph Kony with fervor and righteousness can feel a whole lot like doing something — and thus be the very mode by which we do nothing at all. Or, as in the case of the #BringBackOurGirls campaign, a well-intentioned outcry against a moral evil can bring “free publicity” to criminals who want just that — to be talked about without being acted upon.

But considered outside of its total effects, considered instead as a personal act, what is the essence of hashtag activism, this social-media campaigning that does not involve getting up from the laptop?

It is a post-Christian replacement for prayer. 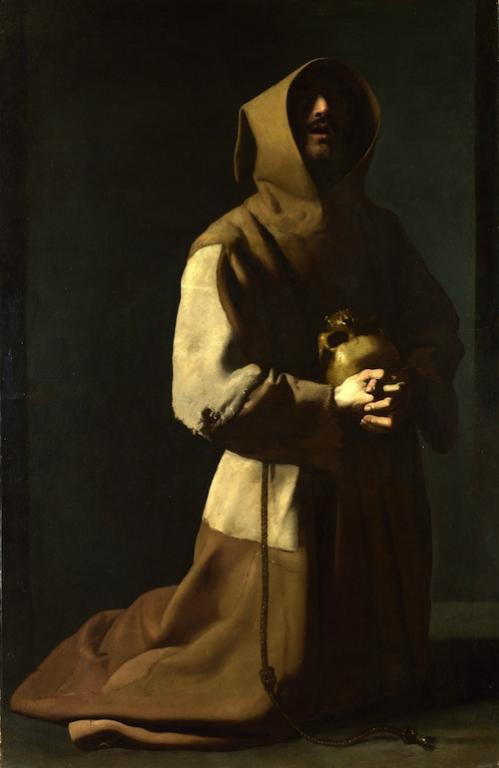 Prayer is a fundamentally human reality. There is no culture on earth that does not participate in some form of prayer, petition, worship, praise or sacrifice, seeing the events of the world and of their lives as interwoven in the life of a deity. The removal of prayer from a human life is not akin to dropping a particular eating habit. Prayer is integral, primordial — it will have to be replaced.

This is the modus operandi of American secularism, and perhaps of secularism in general. We introduce new forms of the religious rituals we discard. Holy days become holidays, Valentine’s Day persists without St. Valentine, churches become museums, fasting becomes dieting, almsgiving becomes philanthropy, and the sacrament of confession is replaced by the “tell-all insincerity” of pseudo-therapy.

Sharing and spreading Kony2012, #BringBackOurGirls and movements of similiar ilk cries out to a general “higher power.” There is no specific plan of action. Michelle Obama, married to the most powerful man on earth, could hold up the hashtag without irony for precisely this reason — the tweet calls on “someone, somewhere” to take action, not a particular person. 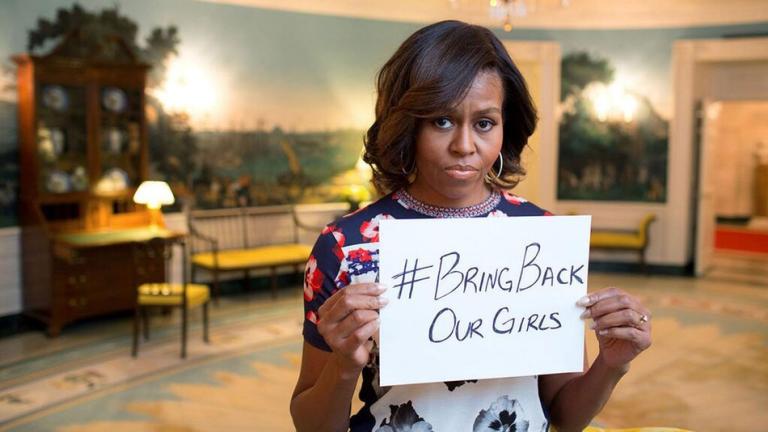 (I do not for a moment doubt her sincerity in joining the campaign. But I believe in it as I believe in the sincerity of a prayer cried to a God — we do not know precisely who we are crying to, nor do we articulate precisely how we wish to be answered.)

Prayer does not demand a response from God. We ask, but we also know that “we do not know how to ask,” that our motives are usually impure (if not downright despicable), and that the ultimate purpose of prayer is not to barter with God, but to open ourselves to His plan — to say, “thy will be done.” Often I have found that my petition seemed necessary, that a result had to be obtained — until I began praying for it. It is a paradox: We may sincerely ask that God do this or that thing, but we find, even in our asking, that what we really want is something far deeper — to know God, to know that He loves us.

The Twitter campaign mirrors this fact somewhat perversely. We do not demand a result. Kony2012 did not achieve the result of stopping Kony — but we are quite finished with Kony2012. The t-shirts we bought have sunk to the bottom of our dresser drawers. Yes, it is true that these movements often lead to some perfunctory gestures from various governments, but the vast majority of people don’t follow the movement long enough to even see such “results,” indicating that results weren’t quite the goal of the average hashtag activist.

I understand that from the outset of these campaigns, a decisive action — a “victory” — is spoken of. So too with prayers of petition. But it is soon revealed that the real purpose was not the result but the campaign itself. We needed to say something. Our own impotence was bubbling inside us. We were being made responsible. We had to do something, but we could not, so we said something, and said it a lot. Through Kony2012 we were all absolved of our own impotence — even though we did not act, and those higher powers who did act did not achieve the goal of the campaign.

The Christian resolves his own impotence in the power of God, who is strong when we are weak. The campaigner resolves his own inadequacy in the mass, in the power of “awareness” spread amongst so many millions — in the crowd that is loud when he is quiet. This similarity is crucial. Both modes of petition create a community. Hashtag activism groups individuals into common purpose by way of common media — a shared tagline, shared logos, the “brand” of the movement. Prayer creates community in that we are united by our relationship to God, in our mutual dependence on him, in a communion that is not a crowd but a Church.

That our activism is therapeutic is obvious in that it is not based on a rational principle. We do not respond equally to perceived injustices — we usually do not respond at all. We do not follow up Kony2012 with a call to end child-slavery in India, nor will we follow up #BringBackOurGirls with a celebrity twitter storm against sex slavery in the United States. We have exhausted our outraged glands. We have been made clean. We are engaged in a liturgical cycle of outrage — if the time is not right for being offended at injustice, we will not be offended. Whereas prayer is to be “prayer without ceasing.”

So there are differences. Prayer is difficult. Tweeting is easy. Prayer sacrifices time. A status update takes a click. Prayer is necessarily a contemplation of the horror of the injustice we are faced with, of our utter need for God in the face of evil. We can hashtag a slogan without thinking about the event, much less responding to it in any existentially meaningful manner. In fact, the general “feel” of an outraged campaign is, well, jovial. Remember? 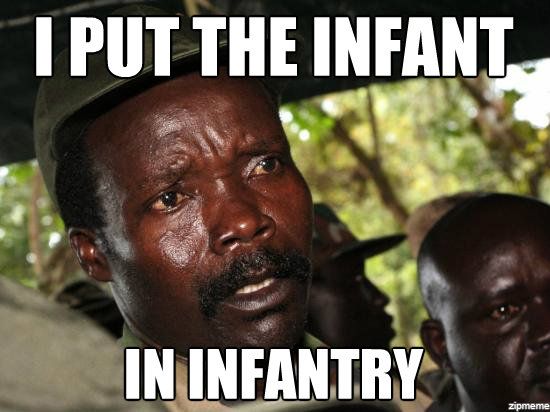 Prayer is an action, a doing, one that does not negate our ability to act in other ways, but rather encourages and inspires it. If percieving the suffering of our neighbor makes us responsible to him, how much more does praying for him, that act of petition to a God who commands I love my neighbor, a God who hates hypocrisy, a God in whom I and my suffering neighbor are one? Hashtag activism, on the other hand, is an expression, not a doing, and while it does not rule out action, it can quite easily stifle it, both in its passing along of responsibility to “higher powers” and by serving as an illusion of action, as a feeling of having done something.

The need to lift our heads to a higher power, in a community of petition, regardless of result, is ingrained in our very bones as a response to tragedy. My fear is that what looks like social activism is a really a ritual purification of this need for prayer, and that as a result, social activism will cease to act, will cease to be practically orientated to decisive responses and results, and that tragedies will become opportunities for us to achieve a kind of ethical catharsis — occasions to exercise our weakened petitionary muscles. It is of course possible that nothing of this sort is happening, and that our modern Facebook movements are a new height of human charity — but I don’t think so.