The (Usually Ignored) Difference Between Sexual Identity and Sexual Event

The (Usually Ignored) Difference Between Sexual Identity and Sexual Event May 27, 2014 Marc 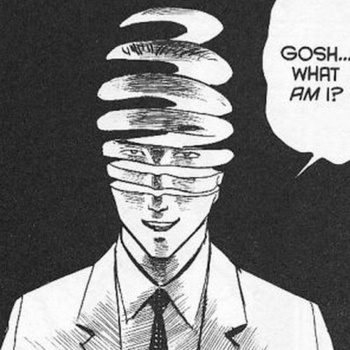 NSFW, or children, or anyone, really.

Let’s just put this one in the grave, alright? Sexual identity cannot be based on the object of our sexual arousal.

I know this is how we’ve been doing it: If you are aroused by members of the opposite sex, you’re a heterosexual, the same sex, homosexual, two sexes, bisexual, all sexes, pansexual, the intelligence, sapiosexual, and so on and on and on. But “how we’ve been doing it” has made us miserable, killed gender theory, and turned the beautiful, impossible world of sexuality from a thing best described by sonnets and soul music to a thing best described by the same methods of categorization by which we define venereal diseases and species of watermelon. And more than all that — it’s unreasonable.

“But there’s heterosexual pornography, gay pornography, lesbian pornography,  etcetera, etcetera!” (So says the imaginary defense, irritating my broad strokes.) “Sexual identity can still be based on the object of sexual arousal, because even in pornography you choose what floats your hormonal boat.” Yes, but…

“Character comes in as subsidiary to the actions. Hence the incidents and the plot are the end of a tragedy; and the end is the chief thing of all. Again, without action there cannot be a tragedy; there may be without character.”

In pornography, character comes in as subsidiary to the action. The object of our arousal is pornography, the voyeuristic experience of watching sex, and thus “straight pornography” can involve male genitalia without anyone chuckling over the contradiction. This, dare we say it, asexual nature of pornograhy is especially apparent in that, as pornography addiction grows, pornographic “taste” evolves (devolves?) and feeds itself on any sort of pornography.

So. Arousal is an event. Identity is who we are. Who we are cannot be based on an event, because an event is no guarantee of future events. To go to the park is no guarantee that I always go to parks. It would be moronic to go to a park and, from that point on, begin defining myself as a park-goer, a categorized type of being apart from other beings. So too, it is a little moronic to say, based upon the regular event of sexual arousal, that I am a heterosexual, for no event of arousal, no matter how many times it is repeated, is a guarantee of all future events of arousal.

This has special importance in reference to puberty, wherein the hormones run haywire, and, especially for boys, there is no necessary object for the incidence of sexual arousal. That it is precisely at this point in life that we begin our hip, modern discussion of sexual identity is a little screwed up. We are about the business of preaching the glories of claiming your sexual identity based on the object of your sexual arousal (and trust me, the conversation does not get more nuanced than this in middle-school) at an age when the object of sexual arousal could very well be “the fact of sitting too long in math class.”

One could argue, I suppose, for a shifting sexual identity, one that moves between pornosexuality, homosexuality, and so on. Or we could argue that identity is really about a “norm,” not who you are, just what you usually do. Fine, but to give up on permanence is to give up on identity. If identity can be anything, what is the difference between having an identity and not having an identity at all? If identity does not indicate a permanent equality between ourselves and who we are, it is not identity, which says a=1, not a=1 and maybe later 2.

It is marvelous to be freed from all this by the Catholic Church, who says:

Today, the Church provides a badly needed context for the care of the human person when she refuses to consider the person as a “heterosexual” or a “homosexual” and insists that every person has a fundamental Identity: the creature of God, and by grace, his child and heir to eternal life.

What’s needed, if we are to speak of sexual identity at all, is a return to fixed, the solid, and the given — or else we are talking about sexual event. Identity, not event, must be the basis for a gender theory that doesn’t suck, built away from the ruins of whatever the hell we have going on now.

May 26, 2014
The Difference Between a Hashtag and a Hail Mary
Next Post

June 11, 2014 Facts, Facts, Facts!
Recent Comments
0 | Leave a Comment
"Great quality content man, I am really impressed with this one. Thanks for sharing this ..."
diksha gupta Culturally Catholic, Baby.
""You know, it's not Christian to assume I am a bimbo just because God created ..."
Makishima Women Swiftly Running Out Of Things ..."
""...it can come on handy when I need a favor." "Women hate me for this. ..."
Makishima Women Swiftly Running Out Of Things ..."
"There would be fewer Muslims if they were not afraid for their lives to convert ..."
Maria Combe A Pagan Prophecy
Browse Our Archives
get the latest from
Catholic
Sign up for our newsletter
POPULAR AT PATHEOS Catholic
1