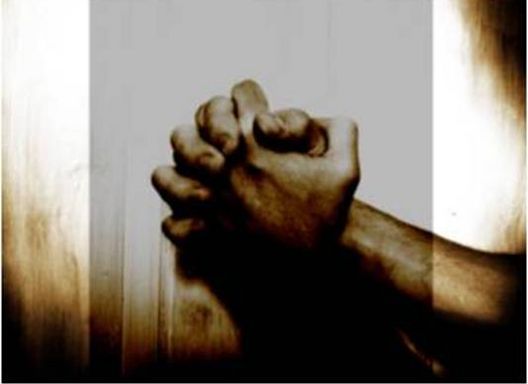 This weekend I drove into Naples, to a parish I’d never been to before, for an intentionally anonymous confession. I knew it would be a rough confession, and I preferred to seek out the comfort of strangers rather than the well-meaning concern of friends and neighbors here in Ave Maria.

It was indeed comforting to walk into a church and not feel obligated to say hello or make small talk. I found my way to the confession line and began to complete the examination of conscience I had begun on the drive over, and was immediately grateful that I had made the drive. Instead of soberly examining my conscience, all I could do in the line was hold back tears. And more than a few escaped, leaving those obvious trails down my face. The ones that say, “no, I’m not just here for a routine confession…I’m desperate, and a sinner, and miserable, and only here at last because it was this or pulling a Thelma and Louise.”

I thought maybe I could pull it together in the confessional, but all I managed to do was stop sobbing long enough to sketch out for the priest the general reason for my tears. I didn’t even make it to the list of sins I had collected in my mind in the car. As soon as I had given him a rough outline of my general state of mind, I resumed crying loudly while the poor priest, in a mercifully soothing Irish accent, reminded me that God loves me and hasn’t abandoned me, asked me to come see him some time when he didn’t have ten other people in line behind me, and gave me absolution.

I’ve never broken down like that in a confessional before. I’ve cried, sure, but I’ve never been sobbing so hard that I couldn’t even give a coherent confession. The priest asked me to pray for peace for my penance, and while I’ve been doing it, I’ve also been more aware than ever of just how elusive peace is for me.

There are a million reasons for it. A million reasons why I’m not at peace with my life as a wife, mother, homemaker. I’ve explored a lot of them here, on my blog. But I’m starting to realize that it wasn’t as if I had this great, peaceful life and then BAM! children ruined it for me. Actually I was a drug addict before I was a mother so no, not so peaceful. And before I was a drug addict, there wasn’t much peace there either, in my hard-studying, hard-partying college days. Or in high school, when I was a studious, disciplined head cheerleader. Or in middle school, when I was a nerd, the butt of jokes, vulnerable and insecure. Or really as far back as I can remember.

I don’t know why I’ve always been so unsatisfied, so unhappy with my life right now, no matter when that “right now” was. I do know that I’ve never, ever wanted to be like this.

Toward the end of my pregnancy with Sienna, I was starting to feel excited, even a little giddy to meet this new little person, this stranger, my daughter. It must have showed, because once in Target while I was browsing through the tiny pink onesies and impossibly small hats, a woman with three kids hanging off the sides of her cart stopped and snapped, “You won’t be nearly that happy when that kid is on the outside, I promise.” She practically spat the words at me, glaring hatefully, as if my happiness personally offended her. Then she stomped off, barking irritably at her children to shut up, already, and don’t touch that, and leave your sister’s hair alone and sit down right now!I could still hear her sharp voice after they rounded the corner. I stood there, frozen, shocked at her anger but also genuinely afraid. I do not ever want to end up like that, I thought. I will never, ever let myself get to that point.

Last week I had to rush into Target for an unplanned trip. I had been to Whole Foods and Trader Joe’s for Thanksgiving supplies, and was planning on rushing home before everything melted when I got a phone call from the doctor. They had been trying to fit us in before the holiday break without success, but they had a last-minute cancellation, and they wanted to see us that afternoon. I agreed and then immediately regretted it, since I had a car full of cold and frozen items and had forgotten our cold bags at home. So off to Target we went in search of a cooler, me with Lincoln strapped to my chest, fussing irritably at all the strapping and unstrapping, toting Charlotte and Lincoln, who were equally irritable after a day of being shoved in and out of carseats. They immediately commenced bickering while Lincoln cried and struggled in the Maya wrap. I flew up and down aisles, getting increasingly more frustrated when I couldn’t find the cheap styrofoam coolers, and finally settled for a regular one at triple the price I’d wanted to pay. I had to get baby wipes while we were there, so we hastily made our way over to the baby section. As we walked toward it, I saw a heavily pregnant young woman eyeing a crib, touching the mobile, smiling that secret last-trimester smile while one hand stroked her belly. Bitterly, I thought, she’s not going to be nearly that happy when that kid is on the outside.

On the way home from the doctor I called the Ogre, crying. I told him what had happened in Target, how horrified I was at my knee-jerk reaction to the woman, and how much I hated the person I was turning into. A person who is so stressed and overwhelmed by the demands of young children that I can’t even enjoy them. A person so unhappy that I can’t even let other people be happy without wanting to destroy it, somehow. To make them understand how hard life is, or will be.

And here’s the worst part, I told him. The worst part is, I blame the Church. I blame the ban on birth control, the fact that NFP doesn’t work for us, the reality that I will never, ever have a chance to get a handle on things because I’m constantly pregnant or nursing. I can’t crawl out from under the pregnancy-and-postpartum rock because the rock follows me everywhere, just waiting to smash me again. Intellectually, I believe the Church. I understand the arguments against birth control. I agree with them, even. I just no longer think I’m a good enough person to follow the rules. There are mothers around me who have 6,7,8, 10 children and they do it with so much grace and love that it is beautiful to see. But I’m over here, doing a terrible job raising my own four, barely scraping by, hanging onto my sanity by my fingernails, and turning our home into a place of anger, frustration, bitterness and fear. All the grace and love and joy that I want to raise my children with is being suffocated by my own sheer terror at the thought of another pregnancy, and another, and another.

The Ogre didn’t say much. We’re in the same boat, me and him. Me terrified of the physical, mental and emotional toll wrought by more children, and him terrified of the financial weight on our already sinking ship. To tell the truth, I think he’s equally terrified at the thought of losing me to a complete nervous breakdown, or a heart attack or stroke brought on by overwhelming stress. And neither of us have any answers. We know what the Church says. We know that we ought to have faith, and trust. Personally, I don’t think I have any faith or trust left in me. I think that well was depleted by the last two pregnancies, immediately following courses in new methods of NFP. Ones that, we were assured, would really work. Is it possible that we did it wrong, that I misread signs, that it’s all down to user error? Absolutely. I’d even say it’s probable. But there’s only so much perfection in reading signs and charting that can be expected from a sleep-deprived, over-stretched mother whose every bathroom break is accompanied by a toddler or two. And there’s only so much abstinence that can reasonably be expected of a couple not in a Josephine marriage. Seven, eight months last time? I lost count. How long this time? A year, two? And how do we deal with the incredible strain that so much abstinence places on our marriage? The frustrated desires, the feelings of rejection, the guilt, the anger, the loneliness?

So, pray, the priest tells me. Pray for peace. Yes, I will pray. I will pray without hoping, from a place quite near despair. And I will write about it, even though perhaps I shouldn’t, because someone will certainly tell me in the comment box or over email that I am giving scandal, that I should set a better example of Catholic faith in this very public forum. But this is faith. This is what a life of faith can be like, what it very often is like, even for people much holier than I. And in this Year of Faith, I suspect that everyone’s faith will be tested. So I’ll add an addendum to my prayer for peace…that when the Year of Faith ends, I still have mine.

November 29, 2012 Henry
Recent Comments
0 | Leave a Comment
Browse Our Archives
get the latest from
Barefoot and Pregnant
Sign up for our newsletter
POPULAR AT PATHEOS Catholic
1