How Pokemon Go Saved My Summer

I’m not very good at sticking to a schedule. I know this is the least shocking news ever to anyone who read my blog regularly before my posting became so irregular, but anyway, it’s true. It’s especially true this summer.

Usually in the summer we go to Texas, which is great for me because I’m forced to adopt the schedule of whoever we stay with. Since we alternate between my parents and the Ogre’s parents, this is a schedule created by responsible adults, which I deeply appreciate.

This summer, though, we didn’t go to Texas. Between the move from hell and the diss from hell and the magical baby from heaven, we just weren’t up for the trip. So we’ve been here, in Swamplandia. Binge-watching Netflix and eating frozen pizza.

I’m not even kidding. My kids have watched so much Animaniacs that Sienna sat up in her sleep the other night and said, “it’s time for another good idea, bad idea.” In the last two months, I have cooked fewer meals than I have fingers. An absolute blanket of ennui and apathy has enveloped our family–but unlike actual blankets, it’s neither cozy nor comforting. In fact, it’s icky and causing much heartburn.

For a few weeks, I decided to deal with the ennui blanket using my tried-and-tested “don’t act, react” method. I’d wait for the Ogre to come home, drink 2 glasses of wine in rapid succession, and then cry about how everything is awful and somehow it was all his fault, even though he was, like, the only one being an adult. Then he would most infuriatingly continue being an adult by laying out a plan of action for us to change things (yes, “us”, because he is long-suffering and a much better person than me). Then I would drink another glass of wine while explaining why none of that would work, because we’re just broken and life sucks and it’s all his fault, and go to bed. Then I would wake up in the morning, take an aspirin, apologize for being a narcissistic overgrown child, and resolve to change things. That day, I would work out and maybe do a load of laundry, or clean a room. Then the ennui blanket would come creeping back, and after a few days of half-hearted attempts to pick up clothes or make a salad, I’d give up again. And drink wine. And the cycle would continue.

I actually downloaded this app in an attempt to force myself to conform to outside forces (read: my children’s incessant begging) and go outside, in public, where people live and breathe and walk and talk. It worked so well that the Ogre downloaded it too, and we spent one whole (hot, sweaty) morning hunting Pokemon until we almost got struck by lightning.

It was such happy family-togetherness that I looked around at my bright-faced, stinky children and thought, “this! we need more of this! Where can I find more of this with less lightning?”

So I sent a Facebook message to the guy who runs the martial arts studio in Ave, and asked about family classes. Lo and behold, they offer a vast array of classes for all ages! And we were welcomed to try it out for a week! And we can also catch the Pokemon lurking in the studio! Sold.

Let me tell you a funny story about classes for “all ages”. This can mean two things: either there are different classes for all different ages, or there are different classes that all different ages are welcome to attend. In this case, it was the latter. So it was that on Tuesday evening, I found myself walking into the martial arts studio with the minions and the Ogre, and quickly realizing that the class I was about to attend was populated almost entirely by children under 10.

This was kind of awkward, but not bad or awful. I like children under 10, and I (foolishly) thought to myself, “at least I’ll be able to keep up with them!” Ahem.

The bad came when I realized that there were rows of chairs facing the mat, and seated upon those chairs were the responsible adult parents of said children, who almost certainly did not have to resort to playing Pokemon Go and joining a children’s martial arts class in order to force some kind of semblance of order upon their summer lives. Unlike yours truly.

But the awful…oh, the awful came minutes later, when the instructor chose one of the smallest girlchildren to “lead the class in a jog”. And then these children transformed into a freaking tornado.

That was not a jog, tiny blond girl child. That was a flat-out sprint, and these children who were shorter than my legs were running over me. I was tripping, gasping, sprinting to keep up, all while being wretchedly aware of the parental audience made up of my actual peers.

This was not a class, you see. It was a living metaphor for my entire life as a mother.

And yet, living metaphors in Ave Maria require less philosophical musing and more humiliated punching. So I punched, kicked, and fumbled my way through my first children’s taekwondo class.

Excruciating social agony aside, I kind of loved it. It was fun learning blocks and punches with my kids. And so, like a fool, I stayed for the next class, “combat kickboxing”.

Apparently I learned absolutely nothing from my earlier hubris, because as the mat began to fill with grown-up adults, I breathed a little sigh of relief. Yes, thought I. At least I won’t be schooled by people smaller than me. Plus, everyone knows little kids are in better shape than all adults ever.

To be honest, I did okay with the bouncing and punching. I didn’t fall over and die or anything, and even though my punches were clumsy, I managed to bloody my knuckles and feel all Rocky for a minute, so that was cool. But then came the kicking.

Let me tell you what kickboxing classes need: a big, neon warning sign for women who have given birth multiple times. It needs to say, in all caps,

“THIS CLASS WILL MAKE YOU PEE YOUR PANTS EVEN THOUGH YOU JUST PEED AND YOU ARE CERTAIN YOU HAVE NO PEE LEFT IN YOU. DON’T SAY WE DIDN’T WARN YOU (PS THANX FOR GIVING US ALL THESE LITTLE STUDENTS BUT SRSLY WEAR A PANTYLINER XOXO).”

It’s incredibly frustrating to be on a cardio high, to be totally in the zone with the perfect rhythm to your cardio kicks, and then feel disconcerting bladder leakage with each kick. You know you’re supposed to be doing 20 kicks on each leg, but the choice quickly becomes, “do I give up like a wimp, or do I pee my pants like a barbarian?” This is not a good choice to face, and my default waffling left me 10 kicks shy of a full set, with medium-damp underwear. Luckily class ended shortly after, and I was so exhausted that I couldn’t muster up enough caring to see if anyone noticed my pee-kicks. The Ogre assured me it was not visible, or at least that’s what I think he said. It was hard to understand with all the laughing.

You might think this experience made me re-think family martial arts. You would be wrong, though.

We spent 3 hours in various classes last night, and are going back for more tonight. It’s really wonderful to have two set pieces in place that we can revolve around, like bookends. If we aren’t up by 8, it will be too hot for pokehunting. And yesterday, I knew the kids had class at 5 and I had to be there by 6:45, so I made sure dinner was cooked and in the fridge (like a freaking adult, tyvm) before class. The children know they don’t get to go to class if the house isn’t picked up by 4:45, so it has been cleaner this week than it’s been all summer. Plus, everyone is so tired after class that we all just eat, shower, and go to bed. And between the morning Pokewalks and the evening classes, I don’t feel that bad about letting them binge-watch Phineas and Ferb in the interim. Also, just now I actually made Sienna go read for 30 minutes. (Okay, it was because she wouldn’t stop hanging around whining about being bored, but still.)

I know I like to get all schadenfreudey about people living in their apps or whatever, but Pokemon Go totally saved our family’s summer. And since the Oratory is a gym, who knows–maybe we’ll really go crazy and go to confession tomorrow morning.

August 4, 2016 Conversations with the Ogre
Recent Comments
0 | Leave a Comment
"So what you're really saying is that you use NFP because you don't want to ..."
Naters The Super Suckage of NFP
"I'm sorry, but planning pregnancy involves using birth control. did you miss that memo?"
leesa maire All Parenthood is #UnplannedParenthood
"Without knowing that God has a purpose for everything, my sufferings in life would be ..."
Jim J. McCrea Sentimental Claptrap, Part V: God Has ..."
"Has the photo been changed? Because what's at the top right now is photo of ..."
Evelyn Sex Breasts and Babies
Browse Our Archives
Related posts from Barefoot and Pregnant 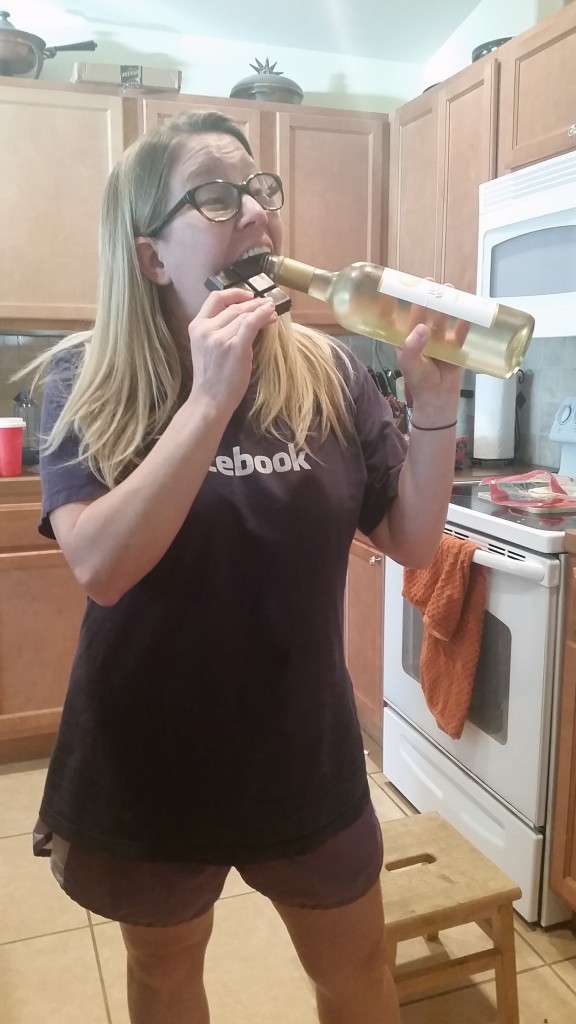 Catholic
If You're Wondering How My Whole 30 Is...
Barefoot and Pregnant
TRENDING AT PATHEOS Catholic