Lessons from Each of My Car Crashes

When I was eight years old, I was in the car with my mom driving down Interstate 5 between Seattle and Bellingham. It was an old, boxy Honda with manual window cranks and fabric seats. The car screamed the 1990s.

We had just been visiting my great grandmother, Alyce, a weekly ritual for my mom who traveled north to see her each Tuesday. This time, I had tagged along.

As we were moving with traffic down the freeway, a familiar stretch of road to both of us, a truck slammed on its brakes, its tail spinning out and launching our car up and over the guardrail, tumbling down a small hill until we landed upside down in the grassy median between the northbound and southbound lanes.

This would be the first of two times in my life where I hung from above, being held in the comforts of a seatbelt. My mother and I had survived to drive another day.

James Finley says that “God protects us from nothing and sustains us in all things.” When we look into this world so filled with violence and injustice, unexpected and unexplainable terrors, it feels to me that this might just be true, The Divine is not a protective forcefield, but a sustaining thread, journeying along with us through the muck of life, of society, and of the world.

God doesn’t keep us from the pain of life, but rather sustains us through it, allowing both the pain and the love found there to break our hearts open. And while I’m often uncomfortable with God-language, God the Allower and Sustainer seems to fit far more than God the Protector ever has.

In this car crash, the first of three for me (and hopefully no more than that, knock on wood), I learned a small bit of this message from a child’s point of view. That there might be no cosmic protection in my life and yet I can still feel sustained and supported in the journey.

Ten years after the first, I had my second experience of being in a car when it was totaled. This time, I was happily driving down the road with my best friend in the passenger seat when another driver took a left turn directly in front of us. Not being able to stop in time, our cars smashed together, the airbags deploying and causing chemical burns across my arms and my friend’s face.

(Humorously – albeit less so then – it was the day before senior pictures for both of us.)

Martin Luther King Jr. once said the arc of the moral universe bends toward justice; Ta-Nehisi Coates said it bends toward chaos; Richard Rohr proposed all of reality is a pattern of three steps forward and two steps back, aiming toward union with the Divine.

I’m not entirely sure yet where I stand on this, although I certainly can see what all three were getting at.

What I do know is this: the unexpected happens. That’s Lesson #2. And after it happens – and during, and before – it is our responsibility and opportunity to sit in the tension of preparing for a future we don’t know will exist.

A few years ago, my dad and I were driving home, happily crossing into our neighborhood and mere minutes away from parking the car. But…the unexpected happens.

As we came up the hill, a young driver was texting and blew through a stop sign. Looking up right before impact, he had time to stomp on his brakes but it did nothing to significantly slow the movement of his car as it plowed into our passenger side where I was sitting. I remember seeing his headlights and bracing my right shoulder for impact just before the collision.

Our car flipped as if in slow motion until it settled upside down, eerily reminiscent of my first car crash. My father and I hung from the roof, strapped into our car seats (hint: wear a seatbelt) as he exclaimed, “What the %&^$ was that?!”

He had never been in a car accident before.

I looked over, realizing we were both more-or-less alright and said nonchalantly, “Well, that was a car crash.” And as I dropped from my seatbelt to help my dad out of the car and make sure the other driver was alright, I found myself cracking jokes almost immediately.

Barring injury or death, I have found that holding it lightly includes smiling easily. This might be a coping mechanism and an ode to my tendency toward dark humor, but in my experience it also serves a purpose for those around me: it often helps diffuse the immediate tension of traumatic experiences or moments of heightened emotion. It reminds people to breathe, allowing their muscles to relax, and respond more clearly to the moment.

Even in the depths of chaos, a smile goes a long way to reminding everyone that we’re all human and alive.

About Andrew Lang
Andrew Lang is an educator in Tacoma, Washington, an alumnus of Richard Rohr’s Living School for Action and Contemplation, and author of the forthcoming book, Unmasking the Inner Critic: Lessons for Living an Unconstricted Life. For the past nine years, he has led workshops on contemplative spirituality and community development throughout the Pacific Northwest. You can read more about the author here.
Previous Post 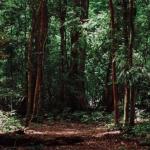 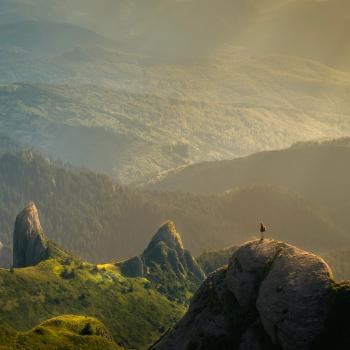 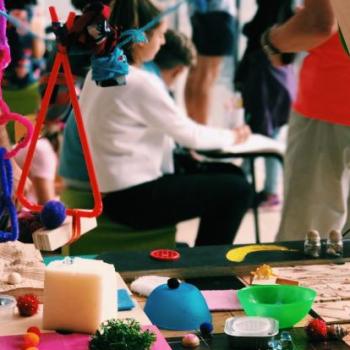 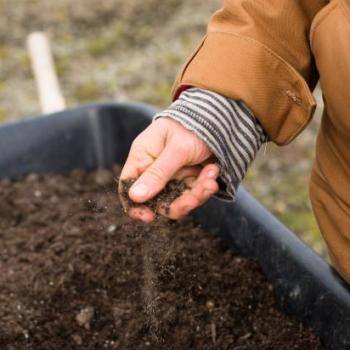 Progressive Christian
What Do I Mean When I Say "Spiritual?"
Becoming Faithful Questioners and Social Poets 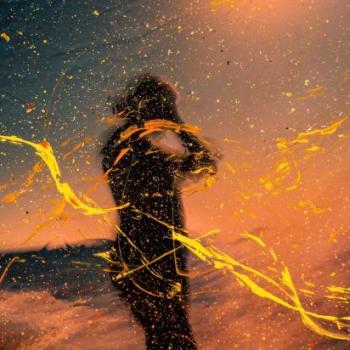