Mormons have a thing about Doctrine, with a capital D. We try to define it, we argue about it, we prioritize it. We even misquote scripture about “bearing down in pure ” (Alma 4:19), er, “pure doctrine” which is not a scriptural phrase, and I’m not even sure what it means. We tend to read scripture looking for doctrine. Sometimes, because of cultural expectations about how to identify doctrine, we can’t see it when it’s right in front of us.

I think we are conditioned to identify simple propositional phrases as “doctrine” like, “tithing is 10% of increase” or “charity is the pure love of Christ.” But what if this is not primarily the way scripture is meant to teach?

Much of the chapters we read today does not contain any sentences like those. It’s stories, instead, and not stories with obvious and pithy moral imperatives for us to follow, like parts of the Gospels, or any “thus we see” from Book of Mormon editors. So, if doctrine is the purpose of scripture, and these stories don’t contain much doctrine… then what’s the point?

I suggest that scripture often teaches in more subtle ways and on a larger scale than the sentence or story level. Often, a point is made by how different stories or passages are arranged; we recognize the point by refocusing our reading and noticing an implicit pattern of comparison between them. This kind of dilberate arrangement-for-contrast happens as well with the Gospels and Old Testament laws. We need to learn to look at the forest, not the trees.

So today, I want to compare the story of Limhi’s people with the story of Alma’s people, and draw some important doctrine from the comparison. In particular, read and reread these stories focused on comparisons of how each group gets into bondage, and how they get out.

The bondage of Limhi’s people comes because of sin (namely, living like King Noah, ignoring Abinadi, and killing him. See Mosiah 11:21-25)

Limhi’s people try to force their way out of bondage militarily, but are badly beaten every time.(Mos 21:6-12)

Alma’s people support each other, and “submit cheerfully and with patience to all the will of the lord.” (Mosiah 24:15)

In both cases, eventually they humble themselves and turn to God. (Mosiah 21:13-15)

Limhi’s people escape through Gideon’s plan, which takes advantages of the guards drinking to a senseless stupor.  (Mosiah 22:5-10. I might ask, why didn’t Gideon think of this sooner? Did God inspire him? The text doesn’t say so, but contrast Mosiah 21:5 which implies divine intervention)

Both groups return to the land of Zarahemla, which they had originally come from.

What’s the doctrine here? Regardless of how you got into whatever mess you’re in, whether sin (Limhi’s people) or just “bad luck” (Alma’s people), the Lord delivers those who humble themselves and put their trust in him.  Nephi’s comment about tender mercies…

If I wanted to stretch the metaphor a bit, I would say, this is salvation history. We’re away from our original home, in wilderness. Sometimes evil or misfortune happen to us through no conscious choice of our own, but sometimes we choose it. Either way, the result is that we come into bondage. The only way out is to humble ourselves and depend on God, who delivers us.

Mormon’s literary ambitions can also be seen in the organization of his narratives. While theological implications are never far away, the exact meaning to be gained from comparing similar stories is often left to readers, while Mormon’s skill (and delight) in constructing narratives is clearly evident….

The fact that Mormon tells these stories [of Alma and Limhi] one right after the other encourages us to think of them as a pair, as does some of the distinctive language he employs. In both cases, we read how they “gather(ed) their flocks together,” “depart(ed) … into the wilderness,” and “after being many/twelve days in the wilderness … they arrived in the land of Zarahemla … and (King) Mosiah received them with joy” (Mosiah 22:10, 11, 13, 14; Mosiah 24:18, 20, 25). In addition, the idea that none could deliver them but God appears only four times in the Book of Mormon, each time associated with the peoples of Limhi and Alma:

Mosiah 11:23: “except this people repent and turn unto the Lord their God, they shall be brought into bondage; and none shall deliver them, except it be the Lord the Almighty God” (Abinadi’s initial prophecy to Noah’s people)

Mosiah 23:23: “For behold, I will show unto you that they were brought into bondage, and none could deliver them but the Lord their God, yea, even the God of Abraham and Isaac and of Jacob” (Mormon’s cautious editorial foreshadowing)

Mosiah 24:21: “they poured out their thanks to God because he … had delivered them out of bondage; for they were in bondage, and none could deliver them except it were the Lord their God” (Mormon’s narrative summary)

Alma 36:2: “I would that ye should do as I have done, in remembering the captivity of our fathers; for they were in bondage, and none could deliver them except it was the God of Abraham, and the God of Isaac, and the God of Jacob” (Alma2’s sermon to his son Helaman)

There is thus a similarly happy outcome for both groups, but also a significant difference: extraordinary faith begets extraordinary results. The second deliverance (brought about through a divinely induced sleep) is obviously more miraculous than the first (which depended on the effects of alcohol). Gideon becomes something of a national hero, with a city named in his honor (Alma 6:7), and while there is never a city that bears the name of Alma1 (so far as we know), he is allowed to establish branches of the church through the land of Zarahemla.

The most recent (subscription require) Journal of Book of Mormon Studies has an interview with Grant Hardy  about this book as well as several other articles about or responding to his Book of Mormon work.

May 15, 2016
Mormons, Evangelicals, Tradition, and Sunday School
Next Post

June 3, 2016 Scripture, Context, and Genres: Scattered Reading
Recent Comments
19 Comments | Leave a Comment
"I just completed reading your paper The Israelite Roots of Atonement Terminology. Thank you for ..."
Minette Ngalu Gearing Up For Isaiah
"Even if the Gospels are eyewitness accounts, they are definitely not reliable sources. See here:https://lutherwasnotbornaga..."
Gary M Brief NT Introduction and Gospel Doctrine ..."
"Ben. A couple of comments on your references: ANYTHING by Raymond Brown is excellent. The ..."
CalSailor Virtual Sperry Fireside On Reading the ..."
"This is a great move! Looking forward to using your new website ."
DeAnn Spencer We’ve moved!
Browse Our Archives
get the latest from
Latter-day Saint
Sign up for our newsletter
Related posts from Benjamin the Scribe 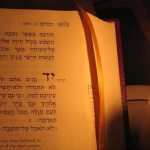