I’m combining these lessons for two reasons. First, lesson 44 (chapters 7-8) is included within the reading of lesson 43 (chapters 1-6, 9). Second, since time is limited and both the end of the semester AND the Book of Mormon draw nigh, I need to write efficiently. So I’ll be posting the (shorter) final Book of Mormon lessons soon, along with some pre-D&C posts and my “What to Read for Gospel Doctrine.”

With Mormon, we finally arrive in “the present” or at least, Mormon’s present. He’s no longer working from records that were ancient to him; Remember, the time difference between him and Jesus is roughly the time difference between us and Columbus; rather, Mormon’s now working from his own life’s experience, his own memories and thoughts. This is now a primary source, unfiltered through anyone else (well, except translation through Joseph Smith, however that worked.)

You can’t read the beginning of the end of the Book of Mormon without thinking of President Kimball’s stark call against modern idolatry which included this observation— “We are a warlike people, easily distracted from our assignment of preparing for the coming of the Lord.”

Mormon 1– Mormon gives account of himself, how he got the records.- Gifts of the spirit are absent due to wickedness (14), 3 Nephites are gone, wars.

Mormon 2– Mormon is appointed general. Wars, mourning of the damned, too much wickedness to write.

Mormon 3– 10-year break, Mormon preaches, but no one listens. Nephites victorious two years straight. Nephites boast, and Mormon resigns. He writes unto the remnant and “gentiles”.

Mormon 4– Nephites begin to be smitten permanently, “swept off as dew before the sun”. Most wicked ever among Nephites.

Mormon 5– Mormon “repents” of the oath, leads Nephites in war. Writes to descendants and Gentiles and Jews to persuade them to accept the gospel.

Mormon 6– They arrange for the final battle, gather everyone in to the land of Cumorah. Final battle. Mormon laments for his people.

Mormon 7– Mormon writes a final time to the remnant of his people, and the Gentiles, telling them to repent and embrace the gospel.

Mormon 8– Moroni takes over, talks about what’s happening. Talks to the translator, and the people who will read the Book of Mormon, as well as what our time period will be like.

Mormon 9– Moroni continues talking to us, signs off. (then picks up with Ether.)

1:14 no gifts from the Lord, and the Holy Ghost did not come upon any, because of their wickedness and unbelief.” How does he know? Did it come upon him?

2:1 “Stature” is often used of physical size in scriptures (e.g. Luke 19:3) Likely lineage played into it as well.

Their problems did not lead them to repentance. Neither did Alma’s. In other cases it did. Do we respond well to our problems or do we “curse God and die” (Job 2:9)?

3:16 “idle witness” Mormon has given up. Writes to us instead.

6:6 and Ether 15:11 Note that Mormon buries all the plates except the Book of Mormon plates he’s been writing, in the hill Cumorah. We are never told where Moroni buries the Book of Mormon plates, but early LDS reading (misreading?) assumed that the Book of Mormon too was buried in Cumorah, which meant the  hill in New York had to be where the final battle was and where the Nephites had lived. A lot of assumptions are rolled into this reading, many of which are not justifiable. (That doesn’t mean they’re wrong, necessarily.) Also, this is not necessarily a geographical question as much as a textual question. What is the traditional reading or understanding of the text, and what does the text actually say? 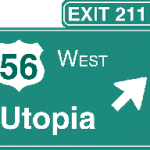 November 26, 2016 Church History/ Doctrine & Covenants Gospel Doctrine Resources
Recent Comments
1 Comment | Leave a Comment
"I just completed reading your paper The Israelite Roots of Atonement Terminology. Thank you for ..."
Minette Ngalu Gearing Up For Isaiah
"Even if the Gospels are eyewitness accounts, they are definitely not reliable sources. See here:https://lutherwasnotbornaga..."
Gary M Brief NT Introduction and Gospel Doctrine ..."
"Ben. A couple of comments on your references: ANYTHING by Raymond Brown is excellent. The ..."
CalSailor Virtual Sperry Fireside On Reading the ..."
"This is a great move! Looking forward to using your new website ."
DeAnn Spencer We’ve moved!
Browse Our Archives
get the latest from
Latter-day Saint
Sign up for our newsletter
Related posts from Benjamin the Scribe