I’ve plugged Biblical Archaeology Review (BAR) before, a great magazine (with pictures!) aimed at interested laypeople. It used to have a sister-magazine called Bible Review, but then they were folded together so that BAR now deals with texts, history, and archaeology of the Bible in a way non-scholars can profit from. It’s scholarly, includes multiple perspectives, and the letters to the editor are illustrative and amusing. Worth subscribing to.

One of my favorite articles was written by William H.C. Propp, a Jewish Hebrew Bible scholar at UCSD, and author of the Exodus volumes in the Anchor Bible series. I spent an hour in his office once, when I visited for my graduate application. He’s an accomplished bassoonist and has a great sense of humor, which comes out in this article, “Santa and His Asherah.” Tongue-in-cheek (explicit warning: read as satire), Propp writes that

The ancient Near Eastern roots of American Yuletide customs are manifold and fascinating. I will concentrate here on just two major points: that the Christmas tree was originally a symbol of the Canaanite goddess Asherah and that Santa Claus is an avatar of Asherah’s consort, the high god ‘El, who is equivalent to the Israelite Yahweh. I will conclude by showing that the customs of Christmas were brought to America by the Canaanites themselves.

The more you know about the Bible, ancient Near East, and Bible scholars, the funnier it is.  Propp also has a curmudgeonly scholar’s take on Handel’s Messiah.

PS- Read about the real and impressive St. Nicholas here. 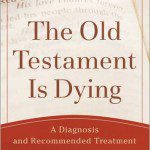 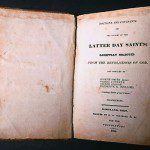 December 27, 2016 The Blog in the Coming Year and D&C
Recent Comments
0 | Leave a Comment
Browse Our Archives
get the latest from
Latter-day Saint
Sign up for our newsletter
Related posts from Benjamin the Scribe