Update: Between now and Dec 5, get 5$ off any physical Amazon book order of 15$ or more. Details here.

One of the things I love about the massive American Academy of Religion/Society of Biblical Literature conference is the football’s field worth of booksellers with discounts, new books, preorders, and giveaways. A few recent and forthcoming popular books might be of interest to my readers. To be clear, I haven’t read any of these yet, but I hope to.

First, Brent Strawn (Emory), The Old Testament is Dying: A Diagnosis and Recommended Treatment (Baker Academic, 2017).  Strawn’s the kind of guy to write an article about using rap songs remixing to illustrate how and why the Old Testament drew on ancient Near Eastern literature.  Here, his book title kind of says it all, that churches and believers in general are losing their familiarity and utility with the Old Testament, leading to misunderstandings at best and neo-Marcionism at worst. (Marcion was an early Christian heretic, who provided the first surviving “canonical” list of books and held that the Old Testament was written by an evil deity. It wasn’t in his Bible, )  I know many of you would say, this is a problem? To which I say, “yes, it is.” Strawn has his own arguments for why, which you can see in the table of contents here and the summary of related lectures here (three posts in a row). The Old Testament for me is foundational in at least two ways. The Book of Mormon, New Testament, Moses, Abraham, and the temple all presuppose the Old Testament in one way or another.  The better you know the Old Testament, the better you know these other books. More personally, I find the Old Testament to be the book that keeps me most grounded, most able to deal with messy, contradictory, entangled history, theology, and people. It models inspired fallible leadership of God’s people. My ability to deal with modern problems stems directly from working through (though not necessarily solving) the Old Testament problems. Dump it, and you lose all that. (I grant I am unusual in this regard, but that just means that like the audience Strawn is adressing, Mormons are losing the Old Testament, we’re not taking advantage of its possibilities in preaching, thinking, framing. And that’s a big potential loss, I think.

Denis O. Lamoureux, Evolution— Scripture and Nature say Yes! (Zondervan, 2016) Lamoureux is unique among Evangelicals and everyone else in holding three terminal degrees: He earned a DDS (1978), that is, he started as a dentist, but then got PhDs in both Theology (1991) and Biology (1997). He holds an academic position at the University of Alberta devoted to issues of science and religion. These unique credentials make him worth listening to, I think, because he knows the arguments well. The title kind of gives away his view, although I’m uncertain as to whether this is evolution strictly speaking or Intelligent Design, which has often been creationism by another name. I believe that’s one of Darwin’s finches straddling a Bible.

Scot McKnight (PhD New Testament scholar) and Dennis Venema (PhD biology), both Evangelicals, approach the issue of Reading Scripture After Genetic Science: Adam and the Genome (Brazos Press, 2017). This sounds similar to the excellent Reading Genesis After Darwin (Oxford, 2009), but whereas this volume is collected essays on various related topics, Adam and the Genome is a kind of Genetic and Evolution for N00bs (not a real book) mixed with interpretive discussion of the Bible à la The Evolution of Adam: What the Bible does and Doesn’t Say About Human Origins. Check out the contents here. Old Testament scholar Tremper Longman writes an intro, and he’s done some useful stuff I cite, so I pay attention when I see his name.

Among others, Longman has written

In a different vein, Michael Licona asks Why Are there Differences in the Gospels? What we Can Learn from Ancient Biography (Oxford, 2016). Licona argues that Christian attempts to harmonize the gospels are doing violence to the texts; those differences are deliberate, and trying to tell us something other than strict historiographic detail. But what? If the Gospels are the genre of Greco-Roman biography, then we ought to be looking to see how that genre treats narrative differences in parallel texts… which is exactly what he does. Licona “discovers three-dozen pericopes narrated two or more times in Plutarch’s Lives, identifies differences between the accounts, and analyzes these differences in light of compositional devices identified by classical scholars as commonly employed by ancient authors. The book then applies the same approach to nineteen pericopes that are narrated in two or more Gospels, demonstrating that the major differences found there likely result from the same compositional devices employed by Plutarch. Showing both the strained harmonizations and the hasty dismissals of the Gospels as reliable accounts to be misguided, Licona invites readers to approach them in light of their biographical genre and in that way to gain a clearer understanding of why they differ.”

I also discovered a new series that I think is trying to compete with Oxford’s excellent Very Short Introduction series. If you’re trying to get a handle on something new or out of your field, whether Globalization or Mathematics or Knowledge,  these are quick reliable reads with lots of bibliography. Routledge appears to be marketing The Basics as a competitor to Oxford’s VSI. I was interested in Anthropology of Religion, since it’s something I’ve been struggling through this semester. 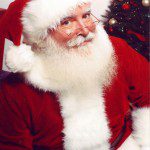