If you’d like to join an online reading group to discuss the NT from a more academic perspective than every-other-week Gospel doctrine class, this LDS Facebook group will be reading through several good books along with the NT: Simply Jesus (NT Wright) and The New Perspective on Paul: An Introduction (Yinger). I’d also call attention to BYU Studies’ Gospel Doctrine class index, the Religious Studies Center Gospel Doctrine index (which I assume will be updated)  and the Mormon Women Project Sunday School Supplements.

General
If you’d like to add to your personal and Church study  an approximation of how the NT  might be studied in a college class, pick up a textbook. I’d suggest either Powell, Introducing the New Testament: A Historical, Literary, and Theological Survey or Ehrman’s 6th edition New Testament: A Historical Introduction to Early Christian Writings. The former is Lutheran, the latter is a well-known scholar who lost his faith, but is skilled at writing and research.
Gospels
Languages and Words

If you’re going to play with translations and Greek at all, or if you ever say something like “what this word really means…” then you really need to read Carson, Exegetical Fallacies and John Walton’s essay here. This will prevent you from making beginner mistakes with the meaning of original languages. Heck, even if you just work with English, these are helpful. Reading them could save a lot of embarrassment.

We tend to be very weak in Paul. Even with a modern translation, he can be very hard to understand. Plus, Protestants love Paul, so theological cooties and stuff. While the Gospels appear simpler, we really don’t read Paul in any kind of context or depth, very selectively, and that seriously weakens our missionary work and understanding of the gospel, I think. Perhaps Paul seems really foreign because we only know him through the popular Protestant Paul. So we approach his difficult letters already assuming he’s not really “Mormon.”
And of course, he isn’t…. but neither is he a 21st-century Evangelical or a 16th-century Protestant, or Catholic for that matter. Even *Protestants* don’t really know the Biblical Paul. They know the Lutheran Paul. Matthew Bates, author of Salvation by Allegiance Alone (more in a later post) says that he had to

recognize the degree to which [his] ideas of faith, sin, repentance, works, “heaven,” the kingdom of God, and the like were constructed through sixteenth-century Protestant categories rather than first-century [categories].

Each of those English words carries cultural baggage that doesn’t necessarily reflect how New Testament authors thought about and used them. Getting a translation that uses different words, or reading books/articles that explain what these things meant in the 1st century really help us understand Paul.

The Bible of the New Testament

For many of the first Christians, “the Bible” meant not the Hebrew texts, but the Greek translation(s) of it, called the Septuagint or LXX. Indeed, many of the NT citations of the OT (heavily obscured in our LDS KJV, another reason to pick up a second translation) match the Greek LXX, not the Hebrew. Sometimes the changes are significant. 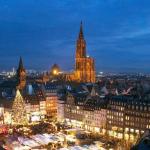 December 25, 2018
A Reminiscence on a Missionary Christmas
Next Post

January 3, 2019 Brief NT Introduction and Gospel Doctrine Lesson 1: John 1:1-14, Isa 61:1-3, JST Luke 3:4-11
Recent Comments
3 Comments | Leave a Comment
"I just completed reading your paper The Israelite Roots of Atonement Terminology. Thank you for ..."
Minette Ngalu Gearing Up For Isaiah
"Even if the Gospels are eyewitness accounts, they are definitely not reliable sources. See here:https://lutherwasnotbornaga..."
Gary M Brief NT Introduction and Gospel Doctrine ..."
"Ben. A couple of comments on your references: ANYTHING by Raymond Brown is excellent. The ..."
CalSailor Virtual Sperry Fireside On Reading the ..."
"This is a great move! Looking forward to using your new website ."
DeAnn Spencer We’ve moved!
Browse Our Archives
Related posts from Benjamin the Scribe