Today we come to another little-read and little-known jewel of the Old Testament. It has not traditionally been appreciated; as Elder McConkie said, “Job is for people who like Job.” I suspect we’ve simply never been “competent readers” or at least, not competent enough to appreciate it. (On “competent readers” see this excerpt from Brettler’s excellent How to Read the Bible

and this from John Barton’s Reading the Old Testament

Fortunately, there’s a newish book out by Michael Austin

called Re-Reading Job: Understanding the Ancient World’s Greatest Poem, which appears to be the greatest thing since sliced bread. Seriously, it gets rave reviews from everyone I know who’s read it, and these are not all Old Testament scholars, dweebs, or nerds. I know a Stake President who bought copies for his two counselors and entire High Council, and that it has helped a good number of people in hard situations. It strikes a wonderful balance between devotional, practical (how do you best help and comfort suffering people?), and academic. Get yourself a copy and read it.

First, background. Job is a sandwich. The meaty interior is poetry about 3 (4?) friends of Job having a long discussion. The beginning and ending, the “bread,”  constitutes a prose narrative framework that is probably separate and combined with the meat later. Job is a diatribe or dialogue, like Plato’s Symposium (symposium means “drinking party”) in which several characters debate and discuss a principle or theme.

Job lacks any reference to external historical events, and is not datable that way. In fact, it may not be datable at all, in the sense of when it “happened,” since that  assumes a historical genre, that Job was intended as historical narrative, a quasi-documentary recounting. As with Jonah, the importance and message of Job (and it IS important) can be lost if one spends all the time on whether it’s historical. Back in 1921, the two counselors in the First Presidency were of this opinion. (Letter to Joseph W. McMurrin, October 31, 1921.)

It is held by the Church that Job was a real character. It is barely possible that the book was one of the kind prevailing in olden times, setting forth certain principles in the form of a parable, as it was with the parables of Jesus Christ when in the flesh. That is not of very great importance so long as the doctrines contained in the work are correct.

I lean heavily towards the non-historical side of the equation, but it doesn’t matter as long as we’re focused on the doctrinal aspects, which we’ll come to. (Yes, I know D&C mentions Job, but my response there is largely the same as with Jesus and Jonah.)

If that seems very new and confusing to you, check out my Sperry Symposium paper here, especially the fourth section on genre, and my podcast on genre and the Bible.

It’s widely agreed that Job is the most difficult book to translate in the Old Testament. First, it’s poetry like Psalms, Isaiah, and most of the prophets. Second, it has a very high concentration of hapax legomena, or words that appear only once and nowhere else.  Since you need multiple occurrences of a word to really grasp its meaning, scholars are heavily dependent on cognate languages like Aramaic, Ugaritic, Arabic, etc. to try to ascertain meaning. Since our knowledge of those languages has grown exponentially in the last 70 years, this means that while translations will disagree, older translations are less able to take account of these cognates.

Short version: simply by nature of its age, the KJV likely misrepresents the Hebrew in many places in Job, even in “doctrinal” spots. I’ll highlight a few below. For more on this, I strongly recommend my Religious Educator article on Why Bible Translations Differ.

Job is largely about suffering and why bad things happen to good people. It teaches how NOT to help those who are suffering and how to suffer ourselves. In the last post, I mentioned theological diversity; here we have some. Job is a strong argument against Deuteronomy, which teaches that the outcome of faithfulness to Yahweh is long life, good health, numerous posterity, and material prosperity. Job’s friends throw this in his teeth. Surely he must have done something bad for such things to happen to him, right? If he’d been righteous, he would have all these things, they say in good Deuteronomic fashion. The book of Job strongly challenges this assumption.

Job’s friends, in fact, are not very helpful. The best thing they did was to “[sit] with him on the ground seven days and seven nights, and no one spoke a word to him, for they saw that his suffering was very great. (Job 2:13 NRS) Sometimes people just need a friend, and anything you say will hurt instead of helping… as Job’s friends will do the second they open their mouths.

After several rounds of back-and-forth between Job and his three friends, a fourth “friend” Elihu appears in 32:2 and speaks more-or-less continuously until 37:24. At that point, God appears and makes several monologues (not addressing Elihu) which you should read.  What’s interesting is that God does not, in fact, explain to Job why these things have happened to him.

Job demanded reasons and arguments and proofs from his friends and from God, but was reconciled in his faith not because he received them–quite the contrary. The Lord, rather than answering his questions, overwhelmed him with additional ones even more perplexing. His final confession of faith resulted not from knowledge based on discursive logic, but from a direct, inner, personal encounter with the Lord.- Stephen Tanner, “Spiritual Empiricism” Dialogue, Vol.9, No.3 (Autumn 1974): 50.

What do we learn?

I think we can learn several things, or at least ask several good questions. 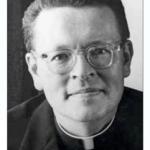 August 14, 2018 Raymond Brown on Understanding and Teaching Complicated Historical Issues
Recent Comments
3 Comments | Leave a Comment
Browse Our Archives
get the latest from
Latter-day Saint
Sign up for our newsletter
Related posts from Benjamin the Scribe