Seekers and Guides: The Royal Visit

Hello all!  I thought, since I enjoy writing it and since it had a bit of a following, that it would be a good idea to continue Seekers and Guides as a regular feature in my new blog, instead of as part of the Agora blog.  This column within my blog, as in the Agora blog, focuses on teaching the Craft.  However, it may appear at different intervals than it did previously.  Look for the name in the title.

Now, on with today’s subject.

A ritual can be thought of like a visit from royalty.  In a manner of speaking, a Witch is a diplomat, receiving Celestial Guests on behalf of humanity (or, at least, on behalf of the other Witches and of Pagans in general.)    Thinking of it in that way helps us to consider all of the steps involved in a ritual and the purposes for doing them.  It is important to make a good impression; yet it is also important that you not compromise the principles of the people you represent.  You want to conduct yourselves with dignity and you want to show your VIP guests (the Lady and the Lord, the Old Ones, and any other significant beings you call) a good time and see that you do nothing to insult Them.  You may also wish to honor Them (Sabbats/Esbats) ask Them for boons or negotiate with Them for Their aid (magick) or request Their presence to legitimize an important event in your life (Initiations, Rites of Passage).  Consider how you would prepare for a visit from the Queen and the King.

If you’re expecting an important visitor, you usually want to freshen up a bit.  You wash, do your hair, put on some nice clothing, maybe do your makeup or mow the stubble, etc.  This is the purpose of ritual bathing (we’re dealing with entities on a psychic/spiritual level, so psychic hygiene is important too,) smudging or anointing, and it is the purpose of ritual robes, ritual jewelry, or going skyclad.  If you are going to do a skyclad ritual, I think ritual bathing is a must for obvious reasons; otherwise you might be able to do a quick cleanup and put on some deodorant.  It depends on the situation.

First, you clean up the place.  You don’t want to receive your Queen and King in a messy house, do you?

So first you should physically clean up the place.  Yes, really.  Clean your room because we have guests coming over.  Good feng shui starts with physical cleaning and moving unnecessary junk.  You’ll find that it’s a lot easier to move the energy around that you’re trying to work with, because the psychic detritus that inevitably clings to objects (which is the way that psychometry works, incidentally) will be out of your way.

Once that has been accomplished (doing your best within allotted time and space of course; obviously if the coven is coming over in an hour then washing all the linens is impractical, but maybe you can Febreeze them,) then you must clean the place on an astral and psychic level.  This is accomplished by besoming.

The besom clears the space of “psychic dirt and cobwebs.”  Many witches think of it as removing negativity, but it does more than that.  It clears away the useless junk that you don’t need and the stuff that’s been sitting around gathering dust.  That stuff might actually be positive; but presently, it’s in the way.

Preparation for the Ceremony

A royal visit is always an occasion of pomp and ceremony.  The Queen and King never just show up and have a couple of beers.  You’re going to need some things for that ceremony:  decorations, musical instruments, ceremonial regalia, and so forth.  These are your ritual supplies.  They should be arranged tastefully because that’s part of the ceremony as well.  The placement of regalia and the tools of a ceremony all have symbolic significance, just as much as the chosen items themselves do.  Also, you should never bring out anything that you don’t know you’re going to need; it will create clutter, confuse anyone who is watching the ritual, and get in the way.

Next, you want to make sure that you have a secure space for the Royal Visit, so that you can keep an eye everything that goes on in that space.  You want to be sure that all ways in and out are controlled so that you can carefully screen everyone who comes in and out.  You’re not about to allow anyone access without prior approval (or a special exception).

This is actually an important philosophical and theological distinction.  The circle is not only a way to create a working sacred space; it is also a perimeter, as firmly delineated as a security wall, and created for the same purpose.

After the perimeter has been secured, the next step is to post security.  We call the elementals, the spirits of the directions, and the Guardians of the Watertowers.  Think of the Guardians as celestial Royal Guards with very specific roles.  Their job is to guard our Royal Visitors and be sure that no harm comes to Them, or us as diplomats in the Royal Court.

Only once all these preliminary steps are in place do we lay out the red carpet and welcome our Royal Guests.  When royalty shows up, there is always a beautiful ceremony that is intended to honour and impress the important visitors, and it is a point of pride that everything is done properly.  There are presentations, traditional greetings, fanfares, music, honorifics, and fine attention to detail.  The Royal Guests may arrive with an entourage and they are also addressed and received with courtesy.

If drawing down is part of the ritual, then once the priestess or priest has successfully brought the invited deity into her or his body, she or he is addressed with the same sort of courtesy, dignity, love and respect that one would address the deity with, and generally treated as if she or he were the deity.  Also, it is the deity that sets the amount of intimacy permitted, not the diplomats.

It isn’t uncommon for a priest or priestess to develop a personal relationship with a deity.  This might present as a friendship, a parent and child sort of intimacy, or even as a relationship between lovers or spouses.  These usually develop over many years much in the same way that any relationship does, and just because one of the Witches you are working with can take such liberties is not an invitation for you to do so.  Never forget that the gods outrank you and They can choose to make overtures that will reduce the boundaries of station, but you can’t.  You can, however, choose whether or not you will accept a change in those boundaries if it is offered (and I caution you not to jump in willy-nilly, or to get some sense of superiority based on such an overture.)

One does not waste the Queen or King’s time.  If They have come, They have come for a reason.  Perhaps you have invited Them to a ceremony in which They are to be honored (Sabbats).  Perhaps They have attended your ceremony because it is Their traditional duty to do so (Esbats); on these occasions it is even more important that you do things properly and don’t insult Them.  Perhaps you need Their official sanction in order to legitimize a change in status or a rite of passage.  Or perhaps you’re asking for Their help (and then thanking Them properly for it).

When the Queen and King show up, you feast Them.  Sharing food is courteous, hospitable, and also a bonding occasion.  This is what Cakes and Ale are for.

Just as you honored the Royal Visitors with ceremony and presentation when They arrived, you see Them out in the same way.  In some occasions there are traditional farewells that are appropriate; in others, you have to improvise.  Don’t forget to address the Royal Entourage also.

When the Royal Visitors have departed, then you can let the security go too.  But they are Royal Guards, so be respectful.

After that, the perimeter can be opened up and the space can be restored to its former status.

Big ceremonies usually take a lot of work, and there’s usually a lot of cleanup.  Putting the regalia back in storage, clearing the space and stripping off the ritual garb or the fancy clothes is the final stage, which lets everyone know that the event is done and there’s nothing more to see here.  Move along, folks. 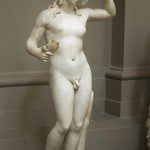 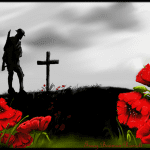 November 12, 2014 Spontaneous Ritual
Recent Comments
0 | Leave a Comment
"Take heart, Woods! I think people are finally angry and scared enough to get their ..."
Sable Aradia Dear Greta Thunberg
"You did make a difference, as did the Baby Boomer generation (who first brought attention ..."
Woods Wizard Dear Greta Thunberg
"I really like your text. I am happy to note that on the other side ..."
Seren The Star Goddess
"Very spot on review of Circe. This was one of the few books I read ..."
Michelle Gillian Pagan Book Review: Circe by Madeline ..."
Browse Our Archives
Follow Us!

2020 Is The Year Of The...
Keeping Her Keys
Related posts from Between the Shadows