Seekers and Guides: Introduction to Intent

The following is from my former subscription-only blog that was based on my book, The Witch’s Eight Paths of Power.  Patheos decided to discontinue the premium blogs a few months ago.  But I thought I would share this with you as a Seekers and Guides column, and also as a preview of the kinds of things I’m teaching in my online classes starting in January (details on the Classes & Events page.)  More such columns may appear from time to time.  Enjoy!  Happy holidays! 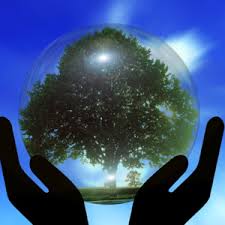 1) Meditation or Concentration. This in practice means forming a mental image of what is desired, and forcing yourself to see that it is fulfilled, with the fierce belief and knowledge that it can and will be fulfilled, and that you will go on willing till you force it to be fulfilled. Called for short, “Intent”.

– from Gardner’s Book of Shadows

Magick is the Art and Science of causing change in conformity with Will.

“Intent” is the Wellspring of All Magick.

I find that many people believe that they know what this means and how to do it, but in practice, forming clear and precise Intent, and willing it to happen, is not nearly as simple as it sounds.  It takes training and effort and work!  In order for your Intent to be effective, quite a few things must come together at once:

• You must be able to visualize, clearly and concisely, what you want, as if it has already happened;

• You must have sufficient focus to keep this clearly in your mind while performing the act of ritual that announces your Intent to the Universe; the elements we traditionally call “casting a spell”;

• You need to be able to induce just enough of an altered state of consciousness that your magickal act is happening on the astral plane as well as the physical one;

• You must have enough desire to see this fulfilled that you invest your Intent with passion and direction;

• You must have a clear enough idea of what you want that you will not get something else instead, or something related to what you were really after (harder than it sounds!);

• You must know yourself well enough to be able to trust your own motivations, so that you don’t end up accumulating “karmic debt” with the Threefold Law;

• You must trust that the Universe will fulfill your desire and not leave it an “opt out” option (more on this later);

• You must circumvent, or rewrite, any negative programming in your behavior or beliefs that might cause you to undermine your own work;

• You must do the real world work to help give your Intent an opportunity to manifest itself.

Not as basic as it initially seemed, is it?  Most Witches practice and study for years to eventually achieve a state by which their Wills are effectively manifested.  But, I am here to tell you that if you persist, eventually you will achieve a state where you are capable of simply wanting something with the power of Intent and it will come to you, and no spells, rituals or charms will be needed!  Just be careful what you wish for, because you just might get it!

The ability to clearly visualize what you want is the most basic skill I can think of to be able to utilize magick.  It’s also probably the most difficult to learn, especially in our instant-gratification society of 15 second commercials, video games, and high-speed internet.  Our brains are constantly being bombarded with distractions and noises clamoring for our attention.  Is it any wonder that we have no attention span anymore?

We practice the skills to enable us to process a great deal of information, hold it in our minds for a few seconds so that we can use it, and spit it out the other side once we’re done with it.  We have to, or we would not be able to understand the world around us.  But we lose the ability to completely focus on one thing, let it fill our thoughts, understand every aspect of it, fill ourselves with its essence, and hold it forever.  Most people believe that our memory fails us as we get older.  I don’t believe so; it’s just that we don’t practice long-term memory, so we lose the power to have it!

In our daily lives, we practice short-term memory all the time.  We briefly remember phone numbers, dates, times, schedules, names, assignments, projects, websites, email addresses; and then we “spit the information out,” because we don’t need it anymore.  We also practice processing stimulation in the world around us for its “useful” aspects and then filing or discarding it.  These are survival skills in the 21st century.

But, they are no good for utilizing our Intent in magick!  So for our first task, what I want you to do is to practice doing the opposite; I want you to practice REALLY SEEING something with your whole being, trying to understand every part of what it is, and then clearly visualizing it in your mind’s eye.  I want you to be so good at it that you can recall that item, with perfect clarity, at least a week later.  This isn’t going to happen right away, so keep practicing!

“Visualize” is really not the best word for what I’m trying to communicate, but it’s the name given to the skill in most magickal books. If you want to “see” something clearly in your mind’s eye, you need to use as many senses as possible. It’s like a piece of poetry; the more senses you bring to bear, the better you will be able to “visualize.”

So let’s start by considering the full use of our senses!

First, look all around you and notice five different things in the room or area that you see. They must be five entirely separate things. They can be anything, and it’s not really the details you want to focus on in this case, just the fact of their existence and what they are.

Next, close your eyes. Pay attention to five separate things that you hear. They must be entirely separate things, but could be the same things you saw, as long as you are clear that you are hearing them, and not thinking that you should be hearing them because you saw them in the first round!

Do you remember everything that you saw and heard? Good!

Keeping your eyes closed, pay attention to five entirely different things that you feel. Is there a wind? How warm are you? Are you itchy? Do your clothes have a texture? What about your jewelry?

Last round: focus on five entirely different things that you smell and taste! Yes, you really can do this; the air has all kinds of scents and flavors in it. Maybe your perfume has an odor, for example, or maybe the neighbor is barbecuing. Maybe you can still taste a hint of the coffee you drank in the morning. Can you smell the dust around you, or moisture in the air?

You know where I’m going with this now, right? Open your eyes, and notice three entirely separate things. Close them and note three new sounds, then three new sensations, and three new tastes and smells. Open your eyes once more and focus on two new things. Close them and listen to two new sounds, feel two new feelings, and smell or taste two new flavors or odors. Last, discern one new sight, one new sound, one new sensation, and one new taste or smell.

Open your eyes. Do you remember everything that you noticed?

Practice this once a day for at least three months. After a while, it becomes a habit, and you always notice the world in this complete and all-encompassing way.

There is no test aside from the end result in your ability to do magick. Other than you, no one will know whether or not you did the homework. But remember what I said about focus and practice being a problem when you want to do magick? If you have the persistence to go the distance, the end result will pay off. And the world really is much prettier than we give it credit for, if you just take the time to pay attention! Consider that a study bonus! 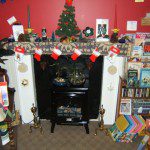 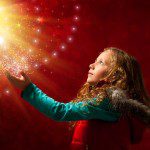 December 25, 2014 Holiday Blues #Happy Holidays
Recent Comments
0 | Leave a Comment
"Take heart, Woods! I think people are finally angry and scared enough to get their ..."
Sable Aradia Dear Greta Thunberg
"You did make a difference, as did the Baby Boomer generation (who first brought attention ..."
Woods Wizard Dear Greta Thunberg
"I really like your text. I am happy to note that on the other side ..."
Seren The Star Goddess
"Very spot on review of Circe. This was one of the few books I read ..."
Michelle Gillian Pagan Book Review: Circe by Madeline ..."
Browse Our Archives
get the latest from
Between the Shadows
Sign up for our newsletter
POPULAR AT PATHEOS Pagan
1

How Do I Know If A...
John Beckett
Related posts from Between the Shadows