One of my favourite aspects of Paganism is that there is a lot of room for personal gnosis; which is to say, that we respect that each person will relate to the Divine in his or her or hir own personal way.

A person is usually inclined either towards “left-brained” or “right-brained” thinking (these are old terms not often used in modern psychology, but they work so bear with me.)  A “left-brained” person is inclined towards reason, facts and details.  She likes a demonstrable cause and effect, and she wants to classify everything according to names and labels.  She wants you to cite sources and mount a verbal defense of your position.  On the other hand, a “right-brained” person is inclined towards feelings, intuitions and emotions.  He likes to do what “feels right,” and often doesn’t know why he likes or dislikes something, but instead “trusts his gut.”  He has no use for anything that ascribes limits and rejects classification.  Often he is convinced that his position is completely unique and no one has ever shared his individual feelings and beliefs.

Philo, a Hellenic Jewish philosopher, originally conceived of these ideas as the Logos (Knowledge) and Sophia (Wisdom.)  For him, the Word of God was the Logos; the inspiration of the Holy Spirit was Sophia.  These ideas strongly influenced the practice of the Gnostics.

Nietzche in his classic The Birth of Tragedy conceived of these two poles as opposite sides of human nature.  The logical-reasoning side he named “Apollonian,” referring to the god Apollo, whose worship was generally very reasoned and logic, formal and ceremonial (except for the Oracle of Delphi, but that’s a special case, which might be good material for another article.)  The intuitive-emotional side he named “Dionysian,” referring to the god Dionysus, whose worship was emotional, intuitive, and characterized by frenzies and wild abandon.

Traditionally we have regarded Apollonian beliefs as being superior to Dionysian ones.  Logic and reason are given a great deal of respect in our culture; and religions with rules and formal dogma are seen as superior (it’s an eye-opening experience for a Pagan to research religious theory, which self-importantly describes the “evolution” of the “higher religion” of Christianity and Abrahamic faiths out of “primitive superstition.”)  But there are more levels of consciousness than the logical, reasoning, communicating beta level, and they all have a purpose.  In Women Who Run with the Wolves, Clarissa Pinkola Estés says that other cultures regard us as being “trance-deprived.”  We do not spend nearly enough time in the more creative and imaginative forms of consciousness that are also a part of the human psyche.  Consequently when we discover Paganism and Witchcraft we recognize something that that we need that we have been missing, and it may lead us to reject rational discourse entirely in favour of “doing what feels right.”  But the needs of the heart and head must both be met.

When people talk about “Rewilding Witchcraft,” it is the Dionysian element they crave.  They desire ecstasy and personal gnosis.  They desire visceral divine connection and a return to our natural instincts and intuitive nature.  But keep in mind that if there is too much “wild” we get what happened to the Bacchantes.

I personally believe that the heart of any faith is mysticism, and a desire to touch and feel the Divine and the wonder of the Universe at a visceral level is the goal of any spiritual practice.  In other words, the Dionysian mysteries are necessary and important; perhaps the most necessary and important elements of faith.  We must have a place for personal gnosis, spirit-work, and divine connection and intuition.  But if we cannot make it comprehensible, to ourselves or others, then what is the point?  And if the experience does not lead us to incorporate changes in behaviour that improve our lives, what meaning does mysticism truly have?  There is where the Apollonian balance comes in.

The Western occult tradition has equated this polarity to the Sun and the Moon; and these to gender; which is where the idea comes in that men are logical and women are intuitive.  This is really is an arbitrary assignment of qualities and it descends from Kaballistic studies, which regards the Sephiroth closest to God on either side of the Tree of Life as the “masculine” Sephiroth Wisdom and the “feminine” Sephiroth Understanding (or again, the Logos and the Sophia.)  You could just as easily ascribe either quality to either gender or neither, just as you can the Sun and the Moon.  I personally prefer the metaphor of Macrocosm and Microcosm.  We comprehend the vastness of the Macrocosm and Universal connection with our intuitive right-brained mind; to comprehend how to apply this to the Microcosm, we give it names and form with our logical left-brained mind.

Accessing Dionysian mysteries within an Apollonian structure puts limits on experiences that otherwise can truly cause madness.  I’m sure you’ve seen it; people who have gone so deep into the Otherworld that they’ve completely lost touch with this one.  Losing that Dionysian element leads to dogmatism and self-righteousness in the “superiority” of one’s beliefs.  In order to keep one’s head in the clouds but feet on the ground, I think it’s important for magickal practitioners and spirit-workers to be mindful of that balance.

Understanding this balance is key in writing effective ritual.  Good ceremony draws upon both of these elements.  A ritual that is too Apollonian may be formal and rigid, and quite possibly long-winded and boring.  A ritual that is too Dionysian may be scattered, lack consistency and energy, or quite possibly spiral out of control.  Some traditions will seek to embrace more of one than the other.  As usual, the Craft aspires to a balance between the two.

Seeking the Apollonian framework is why the rituals of the Craft adhere to a formal pattern that is recognizable by all who practice: we clear the space, cast the circle, call the quarters, invoke/evoke divinity.  When the ritual ends we partake of the cakes and ale, thank and/or release divinity, release the quarters, and open the circle.  Some traditions use specifically trained and memorized gestures, procedures, and lines; others are more spontaneous, but all will follow this general structure.

It’s in the spaces between, the actual heart of the ritual, that we give the most room for Dionysian inspiration.  We perform magick, draw down the moon and sun, use divination for insight, or celebrate and honour the gods and the spirits.  Most experienced witches agree that the best rituals have a loose structure that allows room for the touch of divine inspiration.  A good ritualist maintains the flow of a ritual with Apollonian grace; a great ritualist reads the crowd and trusts inspiration to guide the flow.  It’s a common mistake when one is just starting to practice ritual, for oneself but especially for others, to err on one side or the other.

I can’t really offer any hard-and-fast rules for how to do this effectively because it will vary according to personal tastes and style.  What I can say is that if you are using a script that allows no room for deviation and changes of plan, then you are probably too Apollonian; but if you don’t at least have an outline, you’re probably too Dionysian; though an outline can simply be a routine invocation that you use each time or an agreed-upon procedure.  Also, I think it’s a good idea, especially when you’re doing a lot of spirit-work or journeying in other realms, to make a clear distinction when you’re doing one or the other, and practice good psychic hygiene to help maintain those borders.  But neither should you discount your spiritual, Dionysian experiences as the products of imagination!  Even if you are a humanist and you believe that spirit-messages are entirely drawn from the subconscious, then obviously these are subconscious messages that you need and you should pay attention to their advice; though I would also suggest that you take it with a grain of salt.  The most important information that I think you can glean from this is to recognize that both elements are human, spiritual needs. 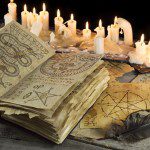 January 16, 2015 Apples and Orangutans: Traditional Witchcraft vs. Wicca
Recent Comments
0 | Leave a Comment
Browse Our Archives
get the latest from
Pagan
Sign up for our newsletter
POPULAR AT PATHEOS Pagan
1