Here’s an interesting intellectual exercise for the rational metaphysician: So what if everything we know, everything we conceive of, is merely one of an infinite number of alternate universes?

To account for our incredible luck, leading cosmologists like Alan Guth and Stephen Hawking envision our universe as one of countless bubbles in an eternally frothing sea. This infinite “multiverse” would contain universes with constants tuned to any and all possible values, including some outliers, like ours, that have just the right properties to support life. In this scenario, our good luck is inevitable: A peculiar, life-friendly bubble is all we could expect to observe.

In other words, life is so unlikely to exist that only a Multiverse, presenting infinite possibilities, makes it possible at all; a problem science fiction authors have considered at length.  This might also explain why we have yet to encounter any other sentient species out there.  The laws of physical reality are so phenomenally against our mere existence, that perhaps we really are alone in this universe.  But if we exist at all, it can only be within the context of an infinite Multiverse, and therefore, it is a given that there must be other sentient life somewhere.

There are four significant theories about the Multiverse, how they might be formed, and how they work:

Here’s an awesome video to explain it all:

The idea of the Inflationary Multiverse was proposed in 1980 by Alan Guth:

As a junior researcher trying to explain the smoothness and flatness of the universe, Guth proposed in 1980 that a split second of exponential growth may have occurred at the start of the Big Bang. This would have ironed out any spatial variations as if they were wrinkles on the surface of an inflating balloon. The inflation hypothesis, though it is still being tested, gels with all available astrophysical data and is widely accepted by physicists.

In the years that followed, Guth and several other cosmologists reasoned that inflation would almost inevitably beget an infinite number of universes. “Once inflation starts, it never stops completely,” Guth explained. In a region where it does stop — through a kind of decay that settles it into a stable state — space and time gently swell into a universe like ours. Everywhere else, space-time continues to expand exponentially, bubbling forever.

Each disconnected space-time bubble grows under the influence of different initial conditions tied to decays of varying amounts of energy. Some bubbles expand and then contract, while others spawn endless streams of daughter universes. The scientists presumed that the eternally inflating multiverse would everywhere obey the conservation of energy, the speed of light, thermodynamics, general relativity and quantum mechanics. But the values of the constants coordinated by these laws were likely to vary randomly from bubble to bubble.

– from Quanta Magazine, reprinted at Wired.com

The implications of this are significant for those of us who work magick:

Inevitably, unless something is specifically forbidden, it happens; maybe in this universe, maybe the next one.  So you apply for a job; in one universe, you get the job, and in the other, you don’t.  Is magick simply the process of influencing probabilities so that we end up following one path through the Multiverse as opposed to another?  Is this why it has to happen in altered states of consciousness; we need to perceive that connection to the dimensions beyond the three we normally grasp before we can “read” that cosmic path and select our direction?

Great effort has been made to measure our universe; the results have suggested that our universe is somewhat flat.  I’m not going to get into the details because this article isn’t about that, but this result strongly supports the Multiverse theory simply through the laws of mathematical probability.  If you want to learn more about that, check my link below to the article “How to Check if Your Universe Should Exist.”

It gets more complicated than this.  Dr. Robert Lanza is a biologist with a background in stem cell research and cloning who also has a background in physics, quantum mechanics and astrophysics.  He proposes a theory he called “biocentrism;” namely, that consciousness is necessary to the formation of reality as we understand it, because probabilities do not take form until someone observes them.  It’s not a far cry from my personal theory of everything so naturally I love it:

There’s more evidence that consciousness is something that transcends our bodies.  Dr. Stuart Hameroff and British physicist Sir Roger Penrose propose that consciousness resides in the microtubules of the brain cells, which are the primary sites of quantum processing.  They say that that our experience of consciousness is the result of quantum gravity effects in these microtubules.  According to them, proto-consciousness is a fundamental property of the universe, present even at the first moment of the universe during the Big Bang, and our brains are just receivers and amplifiers for the proto-consciousness that is intrinsic to the fabric of space-time.  Near-death experiences are therefore only moments when the information that inhabits the body’s nervous system is “uploaded” into the fabric of the quantum universe, just like light particles being sent into crystals through fiber-optic cables.  Upon death, our consciousness is released from one series of microtubules to another one someplace else; perhaps another universe entirely; or perhaps it hovers between bodies for a while, beyond the three dimensions we perceive in our present reality.

Now we have a possible scientific explanation for near-death experiences, astral travel, the astral plane and the underworld, reincarnation, and ghosts that neither demands religious belief or even spirituality of any kind; nor dismisses the experiences of literally thousands of people are “mere hallucinations.”  We are computers processing quantum information.  If we “upload” to the proto-consciousness matrix, can we also “download?”  Are psychic experiences and drawing down the moon and sun examples of this?

Why is There Something Rather Than Nothing?: http://www.bbc.com/earth/story/20141106-why-does-anything-exist-at-all

How to Check if Your Universe Should Exist: http://www.wired.com/2014/11/check-universe-exist/?mbid=synd_slate

Do We Live in a Multiverse?: http://www.pbs.org/wgbh/nova/blogs/physics/2014/09/do-we-live-in-a-multiverse/

February 6, 2015
The Special Nature of Humanity: How Atheist Paganism and Polytheism Can Both Be True at Once
Next Post 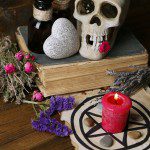