Seekers and Guides: The Three Degrees of Wicca May 20, 2015 Sable Aradia 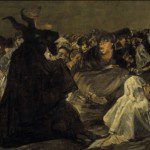 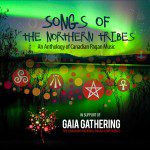 May 21, 2015 Songs of the Northern Tribes
Recent Comments
0 | Leave a Comment
"Take heart, Woods! I think people are finally angry and scared enough to get their ..."
Sable Aradia Dear Greta Thunberg
"You did make a difference, as did the Baby Boomer generation (who first brought attention ..."
Woods Wizard Dear Greta Thunberg
"I really like your text. I am happy to note that on the other side ..."
Seren The Star Goddess
"Very spot on review of Circe. This was one of the few books I read ..."
Michelle Gillian Pagan Book Review: Circe by Madeline ..."
Browse Our Archives
get the latest from
Between the Shadows
Sign up for our newsletter
POPULAR AT PATHEOS Pagan
1

WitchCraft Cocktails: Persephone's Descent
Through the Grapevine
Related posts from Between the Shadows