Seekers and Guides: Antagonists in Paganism

Sooner or later, as a leader of a coven or within the religious community, you will encounter a phenomenon that saps the joy and zeal from the most dedicated spiritual person.  It is the phenomenon that burns out the brightest fires in our community and drives thousands of our numbers into solitary practice.  That phenomenon is the Antagonist.

I’ve been meaning to write about this for some time because I see it all over the larger community right now, particularly in the Pagan blogosphere.  Personal circumstance has given me an impetus to address this because there’s currently a row going on in my own religious community, the details of which are too tedious to discuss in this forum; but nevertheless, real feelings are really being hurt by real people. Over the next few articles I will be covering what an Antagonist is, why they seem to do so well in Paganism*, how to identify one, and what to do when you have.

Much of this series is grounded in the work of Kenneth C. Haugk, whose excellent book Antagonists in the Church: How to Identify and Deal with Destructive Conflict, forms the body of this material.  His book is oriented to Christian congregations, but his work is solid and applies to any group, particularly a philosophical or religious one.

What an Antagonist Is

Mr. Haugk, himself a pastor and a clinical psychologist, offers this definition:

Antagonists are individuals who, on the basis of nonsubstantive (sic) evidence,  go out of their way to make insatiable demands, usually attacking the person or performance of others.  These attacks are selfish in nature, tearing down rather than building up, and are frequently directed against those in a leadership capacity.

Haugk’s emphasis in the above quote is intentional because he explains the italicized phrases in greater detail:

Nonsubstantive evidence: Antagonists present arguments founded on little, no, or exaggerated evidence.  He points out that they often employ three logical fallicies: pettifogging (quibbling over straws, presenting strong proof of minor or irrelevant points); extension, a.k.a the Straw Man fallacy (exaggerating an opponent’s position, or leaping to conclusions about that position); and argumentum ad ignoratium or argument from ignorance (making an assertion that can’t be disproved and then claiming that inability to disprove it, proves it.)  Pettifogging seems to be a plague in the Pagan community, with academics squabbling over fine differences in terminology. Wiccan Antagonists often argue over the particulars of lineage (or lack thereof).  Antagonists who are Polytheists often present the Straw Man that Wicca wants to subsume and assimilate all other gods because Wiccan gods are syncretic.  Antagonists of ecstatic traditions advance the argument from ignorance that more formal groups do not communicate directly with the gods like they do.  Since often these groups are private, and some of their material may be Oathbound, there’s no way for them to disprove this statement.  I’ve seen these fallacies employed recently against me in my tradition and I’m sure that most of us who have attempted to serve in leadership or organizational capacities in the Pagan community have been on the receiving end of this sort of thing at one time or another.

Go out of their way: Antagonists are hyper-sensitive or aggressive and go out of their way to find trouble.  We might call these people “drama queens.”  They seem to seek out drama and thrive on it.  They’re the first to react to the worst possible interpretation to a misconstrued text.  They choose inflammatory language for emotional impact rather than engaging with rational discussion, and they would certainly never consider giving anyone the benefit of the doubt or asking if something was intended as an insult before taking offense.

Insatiable demands: No matter how far a group goes to please Antagonists they aren’t satisfied and they want more.  It’s just encouragement to make more trouble if their desires are catered to or compromised with.  Here’s an example of this process I’ve heard about from a distance: Several big Pagan festivals in the US — in particular PantheaCon — were (probably rightly) criticized for not being inclusive enough to other traditions than a sort of eclectic Wiccanish Neo-Paganism.  It seemed that discussions ensued and efforts were made to accommodate other traditions.  Then it seemed to become quite popular in the blogosphere to shout down anything done in a Neo-Pagan way as “Wiccans trying to enforce their will on everyone else.”  Now, some sincere and passionate Polytheists are creating Polytheist events to serve Polytheist interests, but there’s still a small contingent of vocal Antagonistic Polytheists who continue to publically call down anything “Wiccanate” as “gender-essentialist,” “hierarchical,” and “archetypist.”  I fail to understand the purpose of this other than to create trouble and sow dissent.

Attacking: Antagonists often have valid points, but they are surrounded in personal attacks and condemnation.  Antagonists do not offer constructive criticism.  They are interested in painting “good guys” and “bad guys” in a conflict, and they want their opponents to be seen as the “bad guys.”  A variation of this is portraying the opponent as stupid for having the beliefs they have (such as some Atheist Pagans have done in regards to more mystical Pagan beliefs.)  Argumentum ad hominem is another logical fallacy Antagonists try to employ, attacking the character or behaviour of their opponents rather than engaging with the (apparent) argument.

Self-serving: Though they may claim to serve an ideal or a cause, the Antagonist is motivated entirely by perceived personal gain. That personal gain that they seek may take the form of social prestige, political power or financial benefits.  Often it is all three.  If you find that a kerfuffle has started in your religious community and you’re not sure where it originates from, ask yourself who might have the most to gain from a division, especially if it involves attacking the existing leadership?

Tearing down rather than building up: The activities of Antagonists are not intended to build bridges.  They are intended only to divide.  This is the real danger of Antagonists and why they are so problematic. Conflict is not necessarily bad, and neither is confrontation.  Sometimes it is an effective catalyst for needed change.  But Antagonistic conflict is fighting for the sake of it, with no possible solution that doesn’t constitute division.

The Three Types of Antagonists

Hard Core: These individuals go out of their way to seek out conflict, motivated by potentially psychotic paranoia and narcissism, and hold grudges for years.  They are not capable of being reasoned with because they lack the emotional stability for such a dialogue.  In some cases they may actually suffer from a mental illness that negatively affects their relationships (though of course by no means am I suggesting that everyone who has a mental illness is an Antagonist; or vice versa.)  Mr. Haugk cites a true example of a Reverend in Oklahoma who dealt with an Antagonist in his congregation.  The situation was handled well and the Antagonist left the congregation after creating only minimal damage.  Fifteen years later he moved to a congregation in California, only to find that the Oklahoma Antagonist had followed him to his new congregation to sow dissension there from the moment of his investment ceremony.  I’ve had a similar situation raise its ugly head recently, and you often see it in lineaged traditions, where old rivalries continue to poison relationships between different lineages for years.

Major: There may be no visible difference between a Hard Core and a Major Antagonist, but essentially, the difference is that a Major Antagonist is capable of being reasoned with but chooses not to exercise that ability.  In a way they can be more frustrating than Hard Core Antagonists for this reason.  They harbour a great deal of hostility and a desire for power.  Unlike other people, however, they do not feel guilty for the trouble they cause.

Moderate: There are two significant features that distinguish the Moderate Antagonist from the other two.  The first is that they are not self-starters.  They must have an opportunity presented to them to make trouble for you before they will do it, but they will seize the opportunity if it comes their way.  The second is that they lack the persistence of the other two types.  They will only keep going as long as they have fuel for their fires.  If it becomes too much work to make trouble, or they lack support, they will let it go until the next opportunity comes along.  They do make good followers or compatriots of the first two types, however.

Please note that there’s a difference between Antagonists and Activists.  Activists are goal-oriented.  They push for change within a society or group related to a particular cause, and ease off once changes are made that support that cause.  And everyone acts Antagonistically at times because we’re all human.  But make no mistake: Antagonists are malevolent.  They might even believe they are actually justified in their actions, but they are looking to cause harm.  That harm might be to depose the leadership (often so that they, or someone who favours them, can take their place) or to divide and conquer the organization, or to simply increase their own prestige.

* Sept. 9/15 — Added in response to a link from Phaedra Bonewitz to a 2001 review by Isaac Bonewitz of Antagonists in the Church.

Next: How to Recognize an Antagonist

Can’t find the Share buttons?  Have you tried pausing AdBlock? 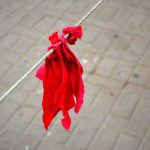 September 12, 2015 Seekers and Guides: How to Recognize an Antagonist
Recent Comments
0 | Leave a Comment
"Take heart, Woods! I think people are finally angry and scared enough to get their ..."
Sable Aradia Dear Greta Thunberg
"You did make a difference, as did the Baby Boomer generation (who first brought attention ..."
Woods Wizard Dear Greta Thunberg
"I really like your text. I am happy to note that on the other side ..."
Seren The Star Goddess
"Very spot on review of Circe. This was one of the few books I read ..."
Michelle Gillian Pagan Book Review: Circe by Madeline ..."
Browse Our Archives
Follow Us!