From the Shadows: Why Every Pagan Should Care About Cultural Appropriation

From the Shadows: Why Every Pagan Should Care About Cultural Appropriation October 5, 2015 Sable Aradia

I have a confession to make: sometimes I don’t go on the internet for days at a time.  It’s because I write other things, and I have a life outside of the internet.  So I largely missed the big controversy over Tom Swiss’ Straw Man article “There’s No Such Thing as Cultural Appropriation.”  Erick DuPree wrote a great rebuttal, as did many, many, many, many others, and the argument continued.  I stayed silent because I wasn’t sure I could say anything that hasn’t already been said; but in general I felt I should just “twinkle” at stuff I agreed with (most of the rebuttals) because I had nothing that wouldn’t just make more noise.

But I was talking to a nice young couple today who are getting married.  I’m officiating the ceremony.  She’s a Witch who is proud of her Norse and Celtic heritage; he’s a “spiritual-not-religious” young man of First Nations heritage.  And she’s a reasonably new Witch, so she talks about a lot of the things newer Witches talk about, and one of those things was the stolen customs of Pagan peoples and faiths within the Christian overculture.  And suddenly I realized I did have something important to offer.

Does it make you angry to listen to some Christians waxing rhetoric about “the reason for the season” when you know perfectly well that the reason that Christmas is on the 25th of December is because early Christians wanted to compete with the rival faith of the Sun God Mithras?  Does it infuriate you when they go on and on about the life of Jesus Christ like it was completely original, utterly ignoring how the details were cribbed outright from Horus, Dionysus, Persephone, Osiris, Zoroaster, Krishna, the Buddha and Mithras?  And on top of everything else, you know that pretty much every single modern Western Christmas custom was stolen from the Norse and the Saxons?  (If it wasn’t invented by the Victorians).

Does a lump of resentment stick in your craw when you consider how dismissive some Christians are to Pagans, and how they call us “evil” and “Satanic,” when you know for a fact that about 90% of their ethics originated in the writings of the great Greek Pagan philosophers?

Do you get angry at how the secular world is commercializing and trivializing Samhain?  And now the Day of the Dead as well?

It makes me angry too.  It makes me angry because the Christians of the past rewrote history.  They stole whatever they wanted from the Pagans they shared the world with, even Pagan deities, even as they called them lesser beings, and raped them and tortured them and took them as slaves, and murdered them when they wouldn’t convert.  The Burning Times are a myth, but the persecution of many Pagan cultures as some Christian cultures replaced them was not; and the prejudice and discrimination we suffer in modern times, born from centuries of lies and repression and deliberate ignorance, is all too real.

Update Oct. 6 – Made some changes due to a lack of clarity that I realized I had perpetuated when I read the comments.  I am sorry; I did not mean to say that all Christians did these things.  Also, I did not mean to say  that my examples were cultural appropriation per se (though many of them were).  However, I do feel that as a result of these examples, Pagans of all people should appreciate what cultural appropriation feels like, and should empathize with the feelings of others when they say that they are experiencing it.  Adding this explanation to the end of my article somewhat diminishes my last line’s punchiness, but I see it is important since the misunderstanding is prevalent.  Mea culpa! 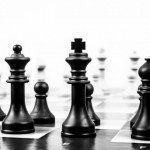 September 30, 2015
Seekers and Guides: How to Deal with Antagonists in Paganism
Next Post 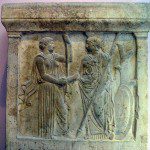 October 13, 2015 Seekers and Guides: How to Prevent Antagonism in Paganism
Recent Comments
0 | Leave a Comment
"Take heart, Woods! I think people are finally angry and scared enough to get their ..."
Sable Aradia Dear Greta Thunberg
"You did make a difference, as did the Baby Boomer generation (who first brought attention ..."
Woods Wizard Dear Greta Thunberg
"I really like your text. I am happy to note that on the other side ..."
Seren The Star Goddess
"Very spot on review of Circe. This was one of the few books I read ..."
Michelle Gillian Pagan Book Review: Circe by Madeline ..."
Browse Our Archives
get the latest from
Pagan
Sign up for our newsletter
POPULAR AT PATHEOS Pagan
1

“Stay in the Conversation” – Research...
John Beckett
Related posts from Between the Shadows